There’s something for everyone this weekend, with online viewing of everything from play readings to theater-based films and cabaret. So if you’re a New York theater-lover looking for some suggestions of what to watch during this indefinite hiatus of live on-stage performances, you can check out one or more of these five promising digital selections. 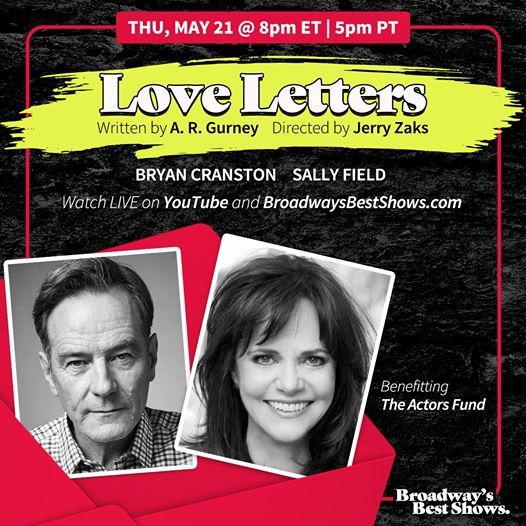 If there ever were a play perfectly suited to the increasingly popular format of a livestream reading, Love Letters by A. R. Gurney is it. Presented by Broadway’s Best Shows in its new Spotlight on Plays series of one-night-only virtual readings to benefit The Actor’s Fund, the epistolary work traces the 50-year relationship of two childhood friends through their [remotely] seated side-by-side readings of the letters, notes, and cards they sent to each other over the decades. Starring Bryan Cranston and Sally Field, and directed by Jerry Zaks, the presentation will be available for viewing twice on Thursday, May 21, at 8 pm, and again at 11 pm, on the Broadway’s Best Shows’ Facebook and YouTube pages. 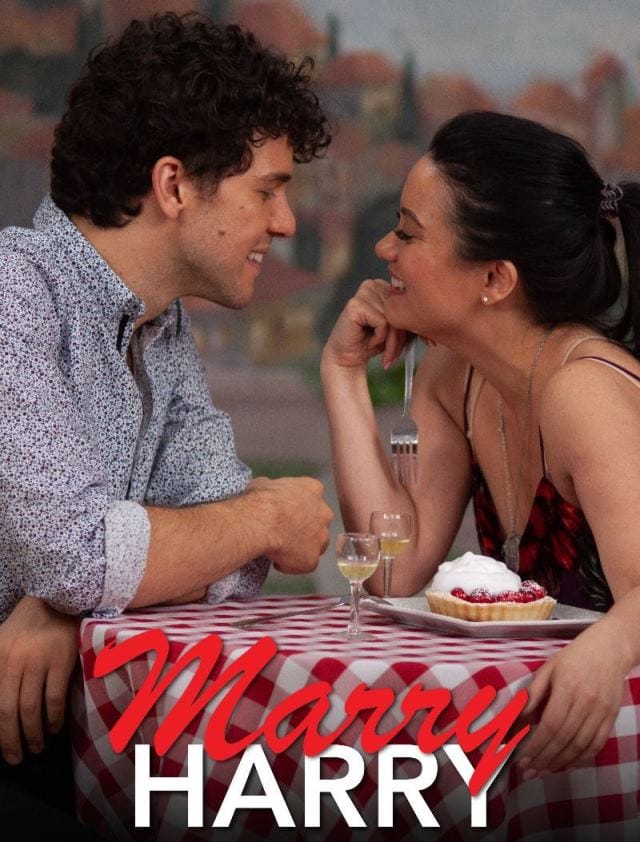 The charming musical rom-com Marry Harry by Jennifer R. Manocherian (book), Dan Martin (music), and Michael Biello (lyrics), which made its Off-Broadway debut at The York Theatre Company in 2017, has been made into a soundstage musical film (with direction and choreography by Bill Castellino and a running time of approximately 80 minutes) that will enjoy its world premiere online this Friday evening, May 22, beginning at 6:45 pm. Set in New York City, it follows the coming-of-age story of the eponymous character – an aspiring young chef in his father’s floundering Italian restaurant – guided by a trio of magical muses through the challenges of family, love, and food. The free screening includes a pre-show hosted by Laura Osnes and Veanne Cox (who appears in the film), a 40-minute virtual after-party with the cast, and an encore performance at 7 pm on Saturday, May 23. 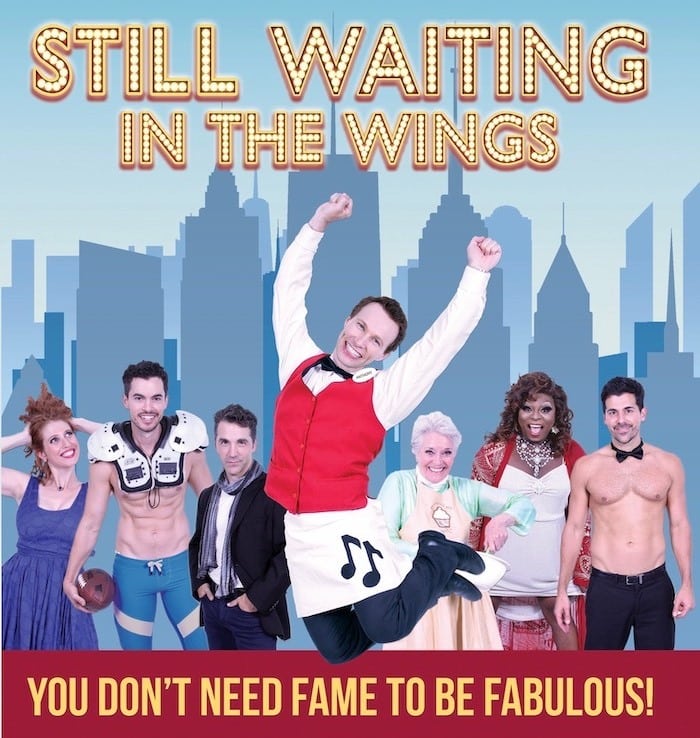 A stand-alone sequel to the award-winning film-festival favorite Waiting in the Wings: The Musical (2014), Still Waiting in the Wings (2018) was just released this week on all digital platforms, including Amazon and iTunes. The zany musical-comedy movie by Jeffrey A. Johns (who plays the lead) and Arie Gonzalez captures the trials, tribulations, and triumphs of a group of young actors with Broadway aspirations, but living the reality of waiting tables in a Times Square restaurant and competing for whatever questionable roles come along, while waiting for their big break. Directed by Q. Allan Brocka with theatrical high energy and humorous frenemy drama, this effervescent homage to The Great White Way contains segments of original song and dance, along with special appearances by a roster of stars from the stage and screen (Nick Adams, Ed Asner, Carole Cook, Lee Meriwether, Patricia Richardson, Chita Rivera, Seth Rudetsky, Sally Struthers, Bruce Vilanch, and Cindy Williams). 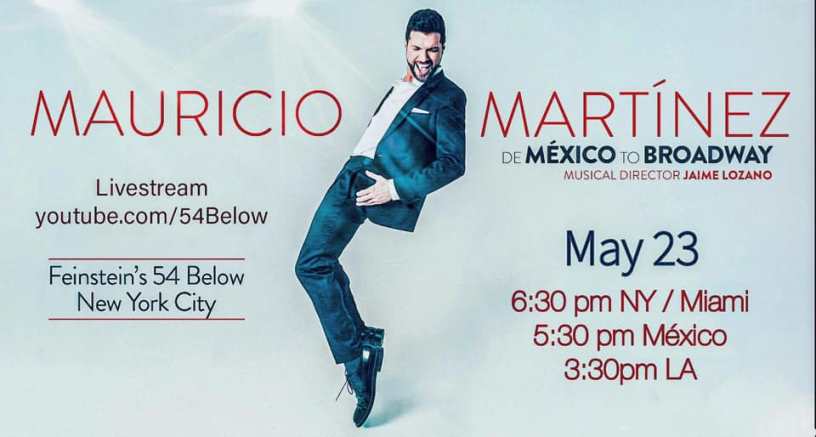 On Saturday, May 23, at 6:30 ET, you can revisit Mau Martinez’s sold-out cabaret concert De México To Broadway at Feinstein’s/54 Below, livestreamed on its YouTube channel as part of the #54BelowAtHome series. Tracing his personal and professional journey from his native Monterrey, Mexico, to New York City, as seen through the lens of the Latino experience, the heartfelt evening features songs and anecdotes, in English and Spanish, from his hit shows in both countries, including the Broadway and national touring productions of On Your Feet! (in which he starred as Emilio Estefan, while overcoming bladder cancer). Joining him are guests Orfeh and Mariand Torres, and music director and arranger Jaime Lozano, who masterfully underscores Mau’s positive message of “being a warrior and making your dreams come true.” 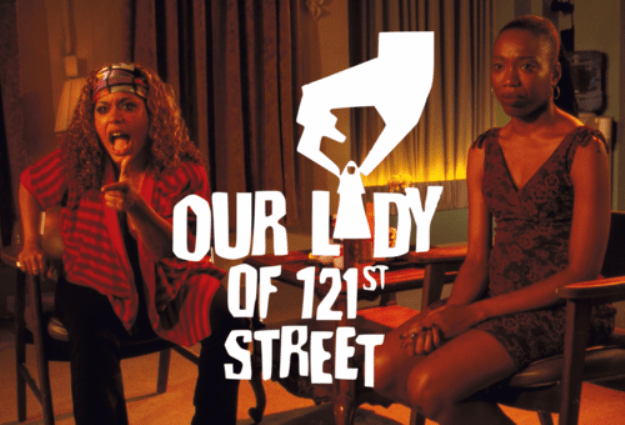 Off-Broadway’s LAByrinth Theater Company reunites members of the original 2003 cast of Our Lady of 121st Street, who will be joined by Bobby Cannavale, Laurence Fishburne, and other stars, for a virtual one-time reading on Saturday, May 23, at 8 pm, of Stephen Adly Guirgis’s irreverent landmark play. Directed by Elizabeth Rodriguez (who served as an understudy with the world-premiere cast), the raucous dark comedy revolves around the death – and stolen corpse – of Sister Rose, whose past students have returned to their old Harlem neighborhood to pay their last respects to the beloved teacher. In conjunction with the reading, Guirgis, a Pulitzer Prize winner and former co-artistic director of the company, will be honored with The Dave Hogue Award, the LAB’s highest accolade, for more than 25 years of his commitment and dedication. The event is free to the public (and will be available to stream for 24 hours), with donations accepted throughout the evening to benefit LAB’s operation and growth during the COVID-19 pandemic.

Thanks to all of the theater artists and organizations for keeping us connected to the New York stage and entertained at home during this difficult time. For a sneak peek at Marry Harry and Still Waiting in the Wings, see the trailers below.