Better days may be coming. Some restrictions related to the COVID-19 pandemic may be easing. But there is not yet a definitive date when DMV performing arts venues might reopen across three different political boundaries, and when responsible limitations may be mandated and in place for health and safety.

While the show will go on in the future, there are many unknowns related to the aftermath of COVID-19 closures for patron, performer, and theater-staff health and safety. So how does a responsible performing arts organization prepare for going live after a long period of mandated darkness? 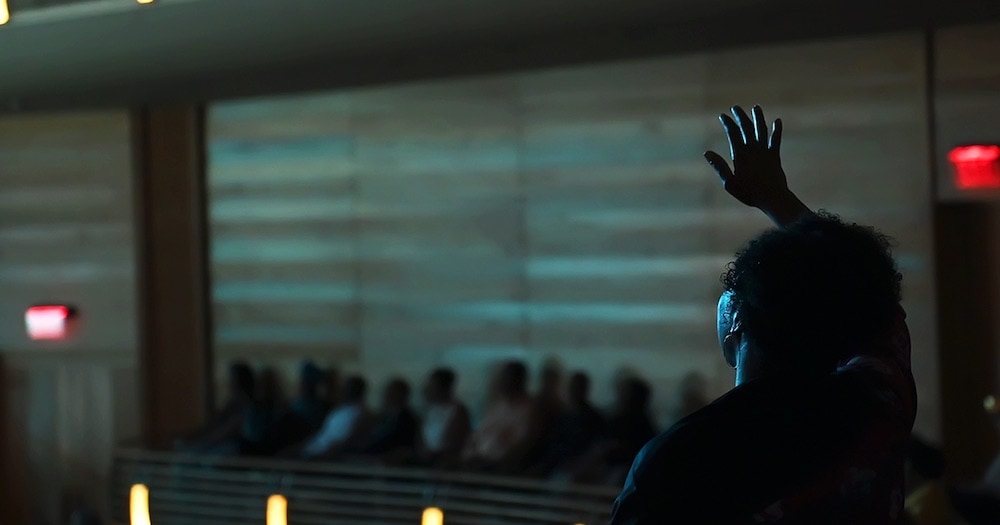 One way to prepare is to not only brainstorm internally within an organization but to actively engage and communicate with those outside the organization to seek out information. For Washington Performing Arts (WPA), led by President and CEO Jenny Bilfield, transparency and caution were key components in the planning for the opening of its 2020–21 season .

The WPA undertook a survey of its patrons, stakeholders, and others to gather information to better understand their feelings and thinking about returning to physical venues. It was a process not only to gather and analyze information but to allay anxiety before the upcoming season was announced. A process so people thought they were being cared for and heeded.

As Bilfield and her staff made abundantly clear on the virtual Town Hall meetings held on Mary 12, 2020, the WPA wanted to know what those outside of the organization thought. The WPA even delayed announcing its upcoming season until June 15, 2020, so as to take into consideration the results of the survey and other metrics.

The May 12 Town Halls were virtual public events with Bilfield and WPA staff presenting and discussing findings from an online survey about what it might take to bring audiences back to live events as well as how respondents responded to streaming events. There was a question-and-answer period as well. WPA’s survey was conducted between April 27 and May 6, 2020. This DCMTA feature is a follow-on to the recent DCMTA interview with Ms. Bilfield that took place before the Town Halls and analysis of the survey findings.

Overall the WPA survey was aimed at ascertaining information about respondents’ views about the eventual return to in-person performances, and their views regarding online performance arts programming.

While the WPA survey findings are specific to WPA, the findings add to what we have learned from recent research performed by Shugoll Research concerning the likelihood of audiences returning to performing arts venues.

• “By and large” those responding await “scientific/medical progress on defeating COVID-19 before returning” to performance spaces.

• For indoor performing arts venus such as concert halls, theaters, and clubs, about two-thirds of respondents indicated they would return to indoor settings if a COVID-19 vaccine became available. Large percentages also noted the desire for having rigorous testing and preventive measures in place. (Multiple responses were permitted)

• For outdoor performing arts venues, a little over half said they would attend a live event if a COVID-19 vaccine became available. Nearly the same number noted the need for social distancing, with a similar desire for rigorous testing in place. (Multiple responses were permitted).

• With the closing of physical performing arts venues due to safety and health concerns, more than three-quarters of the WPA respondents have sampled online programming. Most respondents indicated that they were willing to pay for online arts and educational programming.

• The large majority of WPA survey respondents indicated they drove to live events with about a third indicating they took Metro rail or buses. (WPA physical events include The Kennedy Center, DC’s 6th & I Synagogue, and Strathmore in suburban Maryland.)

• The vast majority of respondents were over the age of 45.

To reopen with safety and health in mind, WPA is working with many parties and in a manner to reduce opaqueness in the process. This includes not only developing a survey instrument but presenting the survey findings at WPA virtual Town Halls. For me, this seems a transparent manner of strategic planning that can instil a sense of trust and respect for both those inside WPA and those outside of the organization such as patrons and performers.

As Jenny Bilfield wrote when introducing the WPA survey, “As we anticipate our upcoming season, we know that it’s important to consider all the factors that will allow us to safely and sustainably mobilize our mission, onstage and throughout our community and educational programs. Your feedback—alongside feedback from artists, managers and agents, performance venues and presenting partners, public health professionals and scientists, and our local and federal government—will help inform our planning.”  Well said.