Every Memorial Day PBS throws a beautiful show to honor our military who gave the ultimate sacrifice. This year is no different, despite its not being live in front of a patriotic audience in front of the U.S. Capitol. 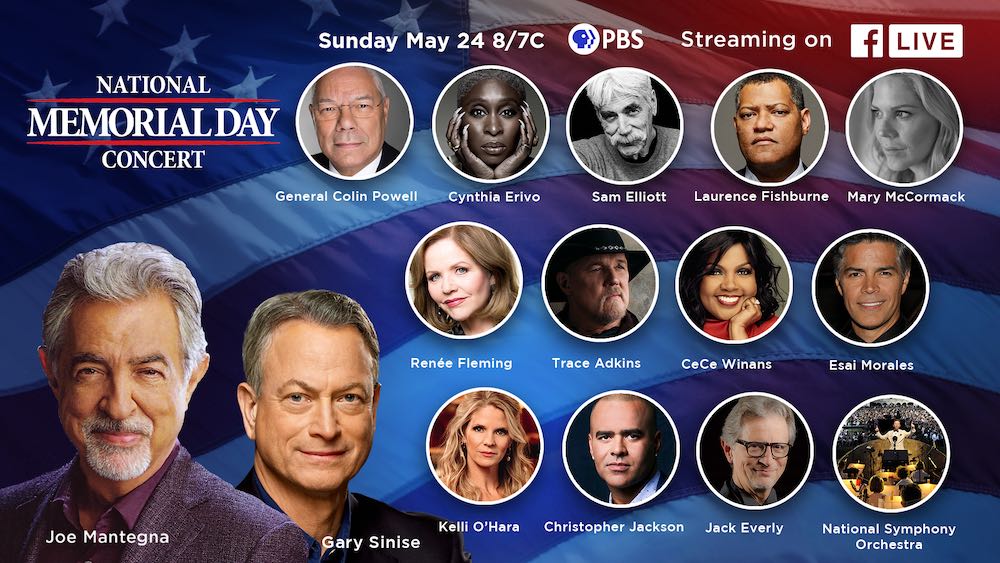 These talented performers and guests do this show gratis. Many express how the show fills them with ultimate gratitude and means a lot to them. 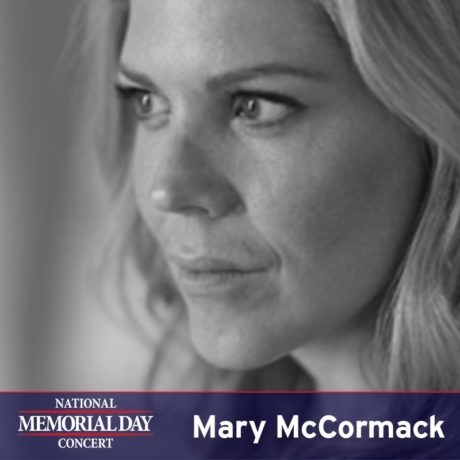 Award-winning actress Mary McCormack, who has lent her talents to the Memorial Day Concert many times, shared that there is no other place she would want to be. Her father was a Marine. Her uncle was in the Coast Guard. She was raised with a built-in respect for the military because of her dad. Her dad instilled in her to say and do what she means, be organized, be on time, and use a legal pad with your to-do checklist. She is grateful for those who are called to serve either in the military or on the frontline fighting COVID-19. She loves the yearly Memorial Day Concert event as she finds “it uplifting and magical. People are so divided and polarized these days, and it’s nice to be part of something bigger than that. It’s the least I can do. I am coming every year even if it means setting up chairs!”

McCormack’s first role at the Memorial Day Concert was reenacting the story of Gold Star family member Jacke Walton, who lost her dad in Vietnam. “It’s unthinkable and unimaginable what Goldstar families [those who have lost a loved one through military service] go through. It’s a real honor, and I get to introduce that section of the program again this year.” She urges people to support our veterans and frontline workers by getting involved with charities, writing letters of support, sending care packages and support with time, efforts, and money. McCormack added: “We have a lot to be grateful for. We live the way we do because others sacrificed. I love that the show brings people together, politics aside. I love that it’s nonpolitical and uplifting.” 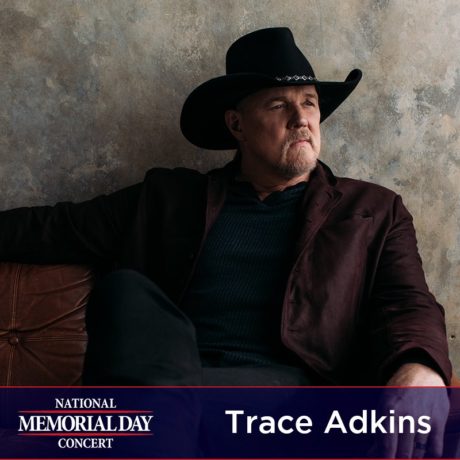 Country music star Trace Adkins, who has participated in the concert many times, shared his thoughts on the 2020 National Memorial Day Concert and what it means to him in his deep, booming voice: “Doing the concert was a no-brainer and has been going on for many years, and this current COVID-19 challenge wasn’t going to stop us even though we had to do it differently and maintain separation. We know how incredibly important it is to remind people in this country that we need to take time to pause and reflect and honor in a respectful and solemn way. I’m proud to be part of it.”  Atkins is also excited because “a portion of this show is dedicated to the frontline workers to ensure we are safe and healthy and fed. I’m glad to be part of the show that is paying tribute to them.”  Adkins’s immersion with supporting the military led to one of his greatest memories: “Doing a cork screw landing in Mosul in a C-130 was insane!” Adkins encourages people to support our military and first responders through the various nonprofits.

The 2020 National Memorial Day Concert airs Sunday, May 24, at 8 pm EST and 7 pm CST on PBS. It will be livestreamed on PBS.org, YouTube, and Facebook.