Two blockbuster show-biz-themed period-piece musicals – one classic, one cult-classic, and both filled with spirited song and dance – are available for complimentary streaming this weekend to end your month with a bang!

Hairspray – The latest offering on The Shows Must Go On YouTube channel is the 2016 NBC broadcast of Hairspray Live! Adapted for television from the Tony Award-winning Broadway production of 2002-03, based on the original 1988 New Line Cinema film of the same name, written and directed by camp cult hero John Waters, the story is set in 1960s Baltimore and follows the journey of the self-described “pleasantly plump” teenager Tracy Turnblad, as she achieves her dream of celebrity while promoting racial integration. Along with rising star Maddie Baillio, the star-studded cast includes Harvey Fierstein, Kristin Chenoweth, Andrea Martin, Ephraim Sykes, Ariana Grande, Jennifer Hudson, Martin Short, Derek Hough, Rosie O’Donnell, Sean Hayes, and more. The ebullient show is available for 48 hours of free online streaming this weekend. 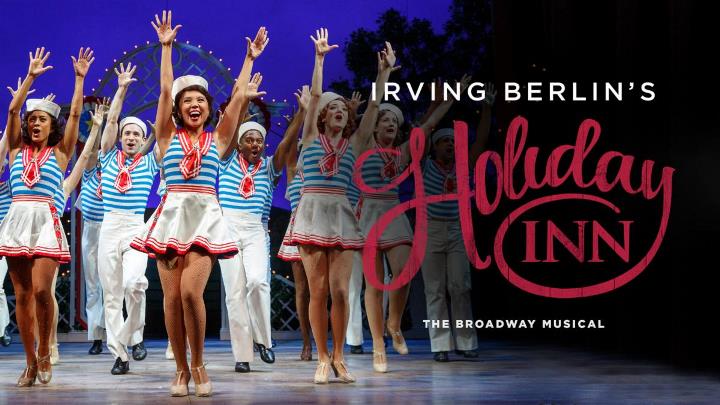 Holiday Inn – Roundabout Theatre Company is partnering with Concord Theatricals, BroadwayHD, and Playbill for a live viewing party of its 2016 hit Holiday Inn, The New Irving Berlin Musical. The new adaptation of Paramount Pictures 1942 musical-theater-based rom-com, recorded during a live performance at Broadway’s Studio 54, features a parade of such iconic Berlin showstoppers as “Blue Skies,” “Cheek to Cheek,” “Steppin’ Out with My Baby,” and “White Christmas,” and high-energy performances by Bryce Pinkham, Corbin Bleu, Megan Sikora, Lora Lee Gayer, and Megan Lawrence. Everyone can watch for free, worldwide, with no subscription needed, but donations to The Actors Fund, which supports performers and behind-the-scenes workers nationwide, are welcome. The virtual party, beginning at 8 pm tonight (Saturday, May 30), includes trivia and giveaways. If you miss the big event, you can still catch the complimentary streaming of the production through June 1. For viewing, go online, and you can watch the trailer here: