LA TI DO Productions (LTD) has delayed its launch of LA TI DOnline to create space for the communities its connected to in support of focusing on Black Lives Matter protests resulting from the deaths of George Floyd, Ahmaud Arbery, Breonna Taylor, and Tony McDade, all killed by systematic racism and police brutality.

“Our company is about supporting the communities we’re in, and we need to be sensitive to a part of our community that is suffering,” explained Don Michael Mendoza, Executive Artistic Director of LTD, “and part of that is making space for focus on their trauma and the solutions needed to aid them by forgoing our own programming to contribute to that.” 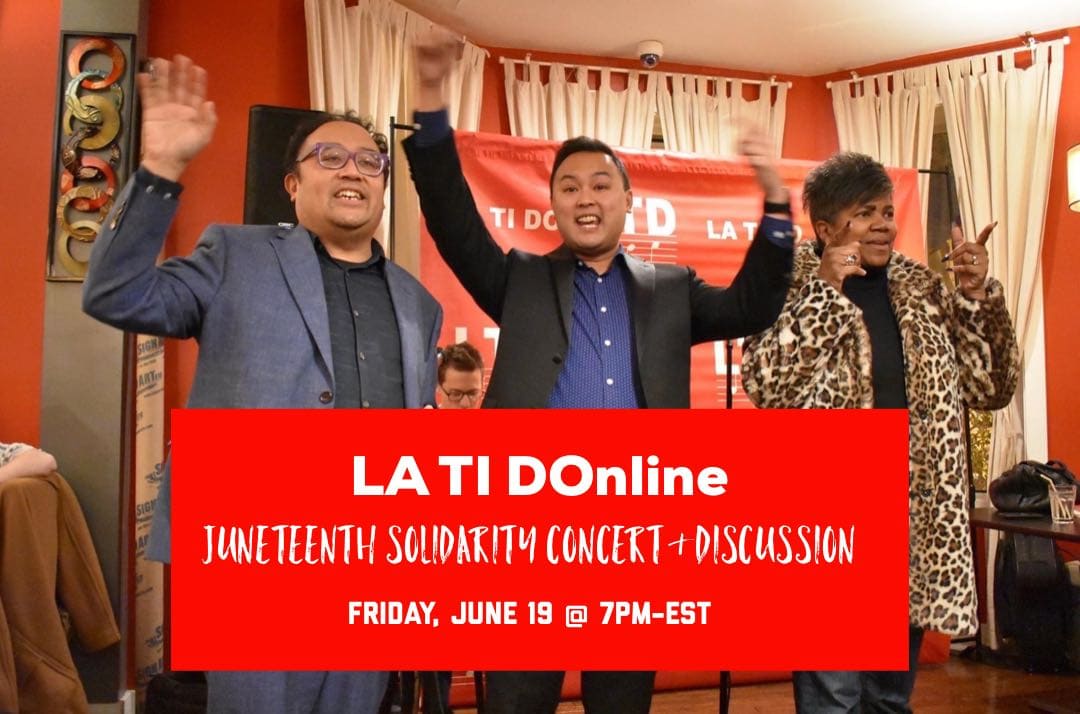 In light of recent events, LTD is creating a LA TI DOnline Juneteenth Solidarity Concert and Panel Discussion to go live via a Zoom Webinar Friday, June 19 at 7 pm EST to support Black Lives Matter and to spread more awareness of the topic of systematic racism and solutions its communities can contribute to in order to make change.

Additionally, LTD has rescheduled the launch of the company’s “LA TI DO–Pittsburgh Virtual Premiere” to Tuesday, July 7 at 7 pm EST via a Zoom Webinar. The online event will feature local talent and bring in special guests from each of the company’s flagship cities including Broadway’s Natalie Weiss and Steven Cutts, and Joanna Chilcoat-Fellows from the musical movie cult classic CAMP that Cutts also appeared in.

“As much as we want to get back to business, we acknowledge that focusing on the topic at hand, which is the liberation of our Black brothers and sisters from their systematic oppression, is more important. A show can be replaced and rescheduled, but innocent lives lost cannot ever be recovered,” said Mendoza.

When COVID-19 overwhelmed the world in early 2020 and affected the future of in-person, live gatherings, LA TI DO Productions (LTD) came to a standstill like many organizations of its kind. However, LTD’s Co-founder Don Michael Mendoza refused to jump blindly into the virtual switch the entertainment industry was making without conducting a steady research phase first. LA TI DOnline is what resulted from his decision.

“Just because Coronavirus forced everyone to go online, it didn’t mean that the welcomed assumption was that those who finally thought that this was their chance to sing their version of ‘Rose’s Turn’ from Gypsy to a forced captive audience was something people wanted to consume,” Mendoza explained. “Entertainment is still a business, and with the overwhelming amount of new online presentations, we wanted to make sure we made a choice that was not only financially sound but also attractive to our audiences.”

According to Mendoza, the uniqueness of LTD’s productions based in four different cities presented the challenge of whether to curate programming separately for each market or combine them all into one, regularly scheduled online event. To him, the answer is both.

“Virtual productions and events open the door to limitless possibilities, specifically how many people can participate and where they can tune in from, given that the topic and run time are clearly defined and the technical requirements are well executed so people come back,” said Mendoza. 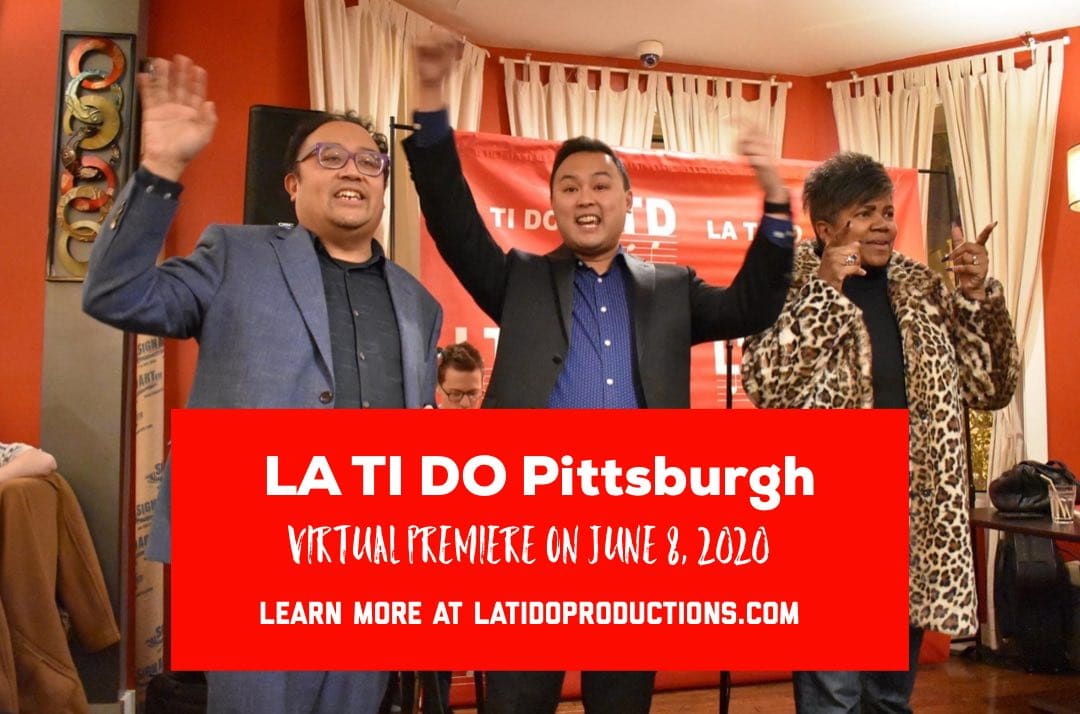 RESCHEDULED from June 8: LA TI DOnline officially launches with the company’s “LA TI DO–Pittsburgh Virtual Premiere” Monday, July 7 at 7 pm EST via a Zoom webinar that will simulcast to the company’s Facebook page and YouTube channel. The online event will feature local talent and bring in special guests from each of the company’s flagship cities including Broadway’s Natalie Weiss and Steven Cutts, and Joanna Chilcoat-Fellows from the musical movie cult classic CAMP that Cutts also appeared in. Registration for the Zoom webinar is online. 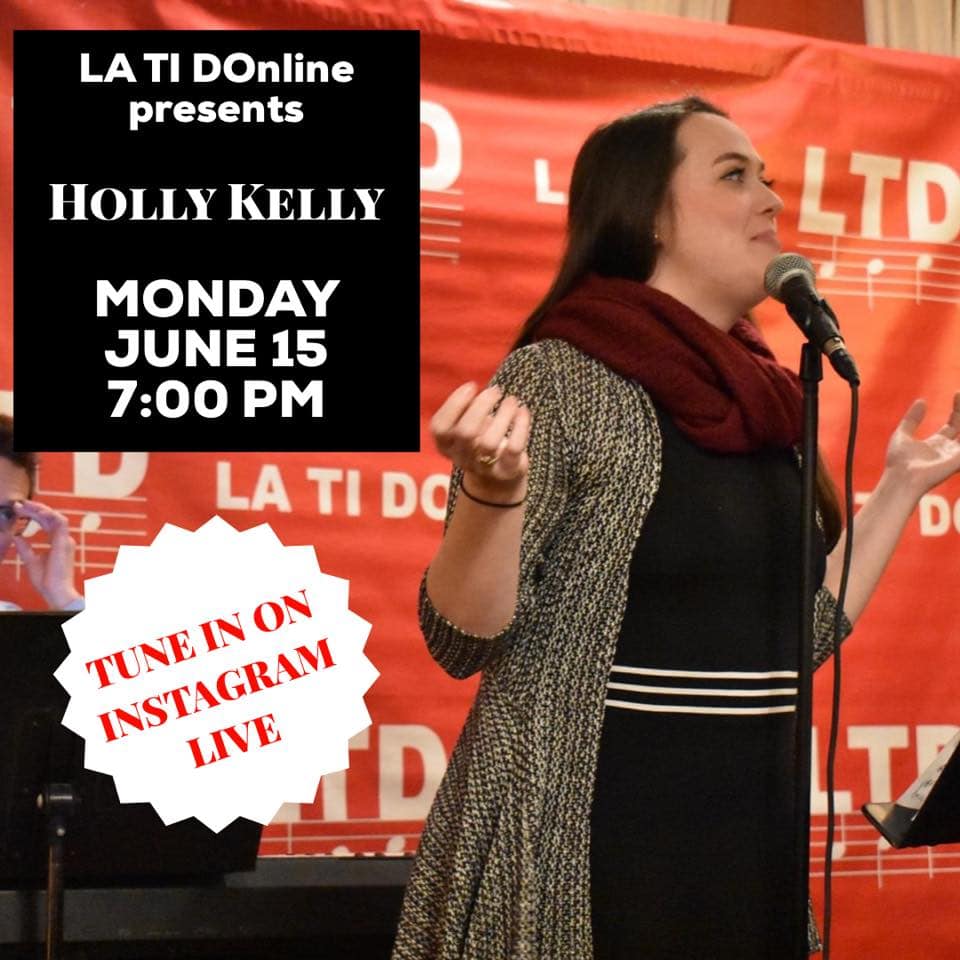 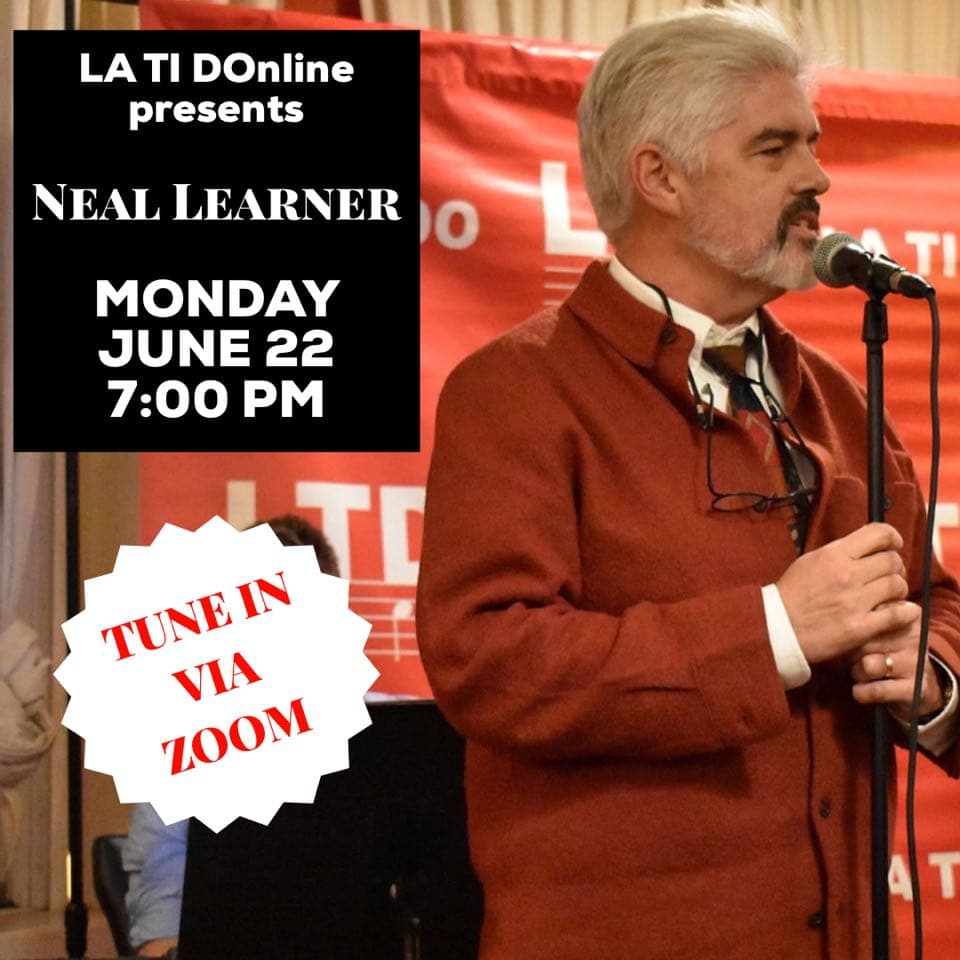 “I hope this will keep our LA TI DO Family engaged all across the country for the rest of 2020 until we can come back in person for our 9th anniversary event scheduled for January 2021 in Washington, DC,” said Mendoza.

About LA TI DO