This year marks the 50th anniversary of New York’s first Pride Parade. And despite the ongoing shutdown of large public gatherings to guard against the spread of the coronavirus, the celebration will go on in New York City, the birthplace of the modern Gay Rights movement, as the month of festivities, culminating in World Pride Day on June 28, moves to a new virtual format.

In partnership with Heritage of Pride, Mayor Bill de Blasio announced that, “While this pandemic prevents us from coming together to march, it will in no way stop us from celebrating the indelible contributions that the LGBTQIA+ community has made to New York City or from recommitting ourselves to the fight for equal rights.” NYC Pride Interim Executive Director David A. Correa added, “We are a community that thrives when we are united. We may not fill the streets of New York City this year, but LGBTQIA+ people carry pride with them all year long.”

In lieu of a live parade, ABC TV (channel 7 in New York and ranked the #1 station in the tri-state market) will air a two-hour pre-recorded video special on Sunday, June 28, from noon to 2 pm, co-hosted by special guest Carson Kressly. The free star-studded broadcast (also available for viewing on the ABC website) will feature performances by LGBTQ+ luminaries Billy Porter, Janelle Monáe, Deborah Cox, Wilson Cruz, Margaret Cho, Brazilian musician Luísa Sonza, and drag queen Miss Richfield 1981, and Dan Levy (creator and star of the hit series Schitt’s Creek) will be among four grand marshals for the virtual pride celebration. 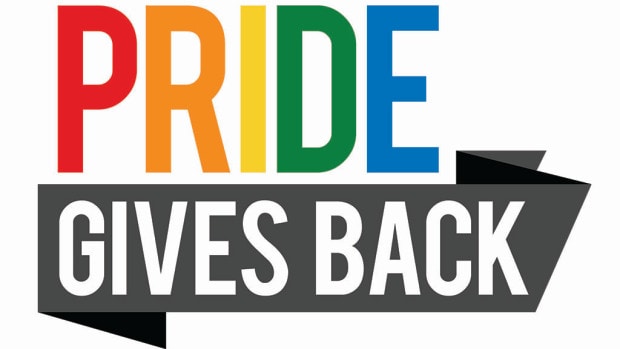 Aside from the changes in the event, NYC Pride will continue to focus on initiatives like “Pride Gives Back,” a grant program created to develop much-needed support and events for LGBTQIA+ small businesses and organizations from marginalized communities. For more information and updates on the NYC Pride festivities throughout the month, go online.

Theater icon Playbill has also planned a full calendar of virtual events for the 50th annual June celebration. Playbill Pride 2020 will present a month-long series of Pride Plays, with livestreamed readings, beginning at 7 pm, of Donja R. Love’s one in two (Friday, June 12), MJ Kaufman’s Masculinity Max (Friday, June 19), Brave Smiles . . . Another Lesbian Tragedy, starring and co-written by The Five Lesbian Brothers (Monday, June 22), and Mart Crowley’s The Men From the Boys (Friday, June 26). The Playbill events are in partnership with the Pride Plays Festival; the livestreamed plays were selected by Doug Nevin, Nick Mayo, and Michael Urie, the team behind last year’s successful in-person Festival.

The month will culminate in the Pride Spectacular concert, airing for one-night-only, at 8 pm, on June 28, as a benefit for Broadway Cares/Equity Fights AIDS. Hosted by stage-and-screen star Michael Urie, with music direction by Emmy and Grammy winner John McDaniel, the online special will feature popular numbers from musicals highlighting LGBTQIA+ stories, sung by members and friends of the Broadway LGBTQIA+ community.

Tony honoree John Cameron Mitchell (writer and original star of Hedwig and the Angry Inch) and Pulitzer Prize winner Michael R. Jackson (writer, composer, and lyricist of A Strange Loop) will perform songs from their blockbuster works. Others scheduled to appear include MJ Rodriguez, Caitlin Kinnunen, Jenn Colella, Cheyenne Jackson, Shakina Nayfack, Matt Gould and Griffin Matthews, and Matt Rodin, with more to be announced in the coming weeks. Visit the event’s webpage  for the latest news.