As the nation grapples with profound racial unrest—in addition to a global health crisis that is disproportionately affecting Black and Indigenous people—DC’s Woolly Mammoth Theatre Company is stepping up to take measurable actions toward racial justice. The organization is making a commitment to deepen existing relationships, particularly with communities of color in the DC area. Woolly Mammoth had already founded their nationally acclaimed Connectivity department in 2009, but they will now be creating Connectivity partnerships that center collaboration, coalition-building, and visioning toward collective liberation. 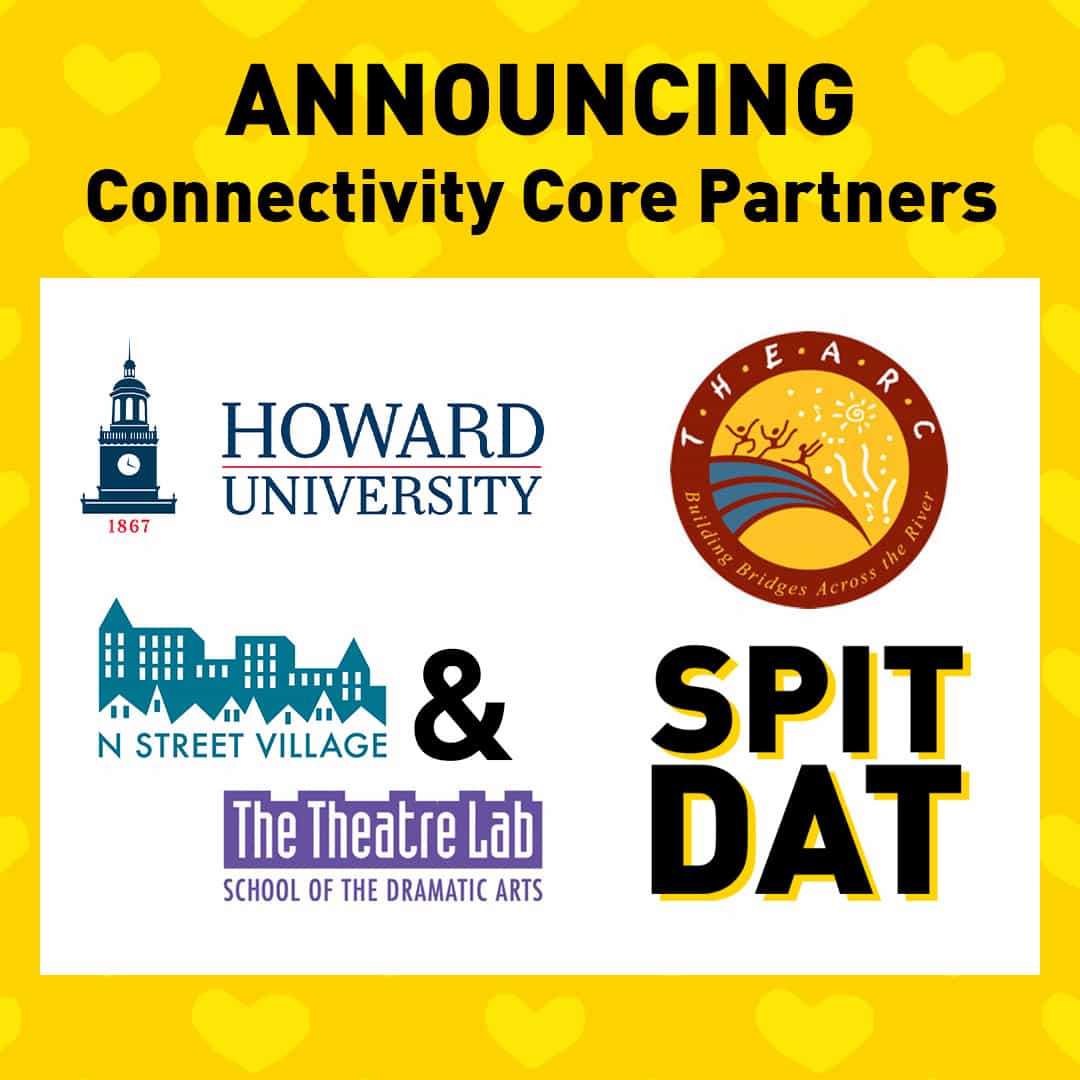 Beginning with the 2020-2021 season, Connectivity will launch a Core Partner Program. With an emphasis on long-term, mutually beneficial relationships, the Core Partner Program will be grounded in equitable exchange with organizations in the DC area that largely serve communities of color and/or share a commitment to inclusion, anti-racism, social justice, and the power of art as a tool for advancing those values. Woolly Mammoth’s Connectivity Director Kristen Jackson says, “The Core Partner Program is a natural outgrowth of Woolly’s mission to deeply engage with our world, and desire to practice radical inclusion. Stemming from the impulse to be of service and honor community needs, the Core Partner program represents one of the many ways Woolly Mammoth can be part of the solution for how we heal in the midst of this collective community trauma.”

Woolly Mammoth’s Artistic Director Maria Manuela Goyanes adds: “As we look to the future, at the kind of civic institution we want Woolly to be, we know Connectivity is at the center of that vision. For over ten years, Connectivity has been innovating hyperlocal ways for Woolly Mammoth to engage, nourish, bolster, and knit our community together. Under Kristen Jackson’s steadfast and compassionate leadership, we aim to walk this path with intentionality, openness, and reciprocity to become even more attuned to the people of DC, and what they desire from a cultural organization like Woolly Mammoth.”

Core Partnerships are also opportunities for interdisciplinary collaboration and cross-sector learning, growing ties within Washington DC’s arts, cultural, and civic life. Woolly Mammoth’s inaugural core partners are organizations with whom they have a history of collaboration. A full list of the new partners is below. You can learn more on the Woolly Mammoth Connectivity page, or join the conversation on Facebook, Twitter, and Instagram.

HOWARD UNIVERSITY’S DIVISION OF FINE ARTS
Howard University’s Division of Fine Arts is committed to the training of knowledgeable artists, theorists, historians, and teachers in the fine and performing arts fields. Established in 1867, Howard University is a nationally accredited Historically Black University located in the Shaw neighborhood of Northwest DC. In this partnership, Woolly Mammoth will supplement classroom learning year-round with opportunities for hands-on training, professional development, and practitioner experience.
FACEBOOK – TWITTER – INSTAGRAM

N STREET VILLAGE
N Street Village empowers homeless and low-income women in Washington, DC, to claim their highest quality of life. This partnership brings together Woolly Mammoth, N Street Village, and Theatre Lab as a powerful trio. Together, they will be exploring authentic relationship building among the N Street Village community through shared arts and cultural experiences.
FACEBOOK – TWITTER – INSTAGRAM

SPIT DAT
At 19 years old, Spit Dat is DC’s longest-running spoken word open mic. Co-hosted by Dwayne B!, aka the Crochet Kingpin, and Drew Anderson, aka Droopy the Broke Baller, SPIT DAT combines world-class talent with a living room vibe. As a Core Partner, Spit Dat will continue its current residency at Woolly Mammoth with monthly open mic performances—which have now gone digital! Information on the next show can be found on the Spit Dat page.
FACEBOOK – TWITTER – INSTAGRAM

THEARC
Town Hall Education Arts Recreation Campus (THEARC) was built in 2005 as a state-of-the-art facility located in Washington, DC’s Ward 8. Combining cultural and social services, THEARC offers the opportunity for families living east of the Anacostia River to receive world-class services directly within the community. During the 2019–20 season, Woolly was proud to be a part of THEARC’s inaugural season of programming, touring The Movement Theatre Company’s production of What to Send Up When It Goes Down by Aleshea Harris, directed by Whitney White. The new core partnership represents Woolly’s commitment to cultural equity for all DC residents—meaning access for everyone to vibrant and thriving venues for creative expression—and the continued growth of the city’s theater ecology. They are also invested in how this partnership can create opportunities for artistic experiences that speak directly to, and serve, Wards 7 and 8—not art as a tool for gentrification and displacement.
FACEBOOK – TWITTER – INSTAGRAM

THE THEATRE LAB
The Theatre Lab is Washington, DC’s largest and most comprehensive independent, nonprofit school for the dramatic arts. This partnership brings together Woolly Mammoth, N Street Village, and Theatre Lab as a powerful trio. Together, they will be exploring authentic relationship building among the N Street Village community through shared arts and cultural experiences.
FACEBOOK – TWITTER – INSTAGRAM

Woolly Mammoth Theatre Company prides itself on developing, producing, and making theater that disrupts conventional processes and stimulates transformative experiences. For almost four decades, Woolly has held a unique position at the leading edge of the American theater, earning a reputation for staying “uniquely plugged in to the mad temper of the times” (New York Times). The co-leadership of María Manuela Goyanes (Artistic Director) and Emika Abe (Managing Director) is supported by a core company of artists that holds itself to a high standard of artistic excellence. Woolly is relentless in its desire to take risks, experiment, innovate, interrogate, and create a radically inclusive community.

Tax-deductible contributions can be made on the Woolly Mammoth website.