Recipients of the first annual Antonyo Awards, created and presented by Broadway Black (in association with The Black Theatre Society) to recognize achievements of Black theater artists for both Broadway and Off-Broadway, were announced tonight by a roster of luminaries from the New York stage in a jubilant Juneteenth celebration. Hosted by Drew Shade, the virtual ceremony, livestreamed on the organization’s Facebook page and YouTube channel, included a remote pre-show red carpet with Chadaé, stellar musical and dramatic performances by a star-studded lineup, and an online after-party presented by TodayTix, with music by DJ Dorian and Broadway’s Amber Iman interviewing some of the Antonyo nominees and guests. 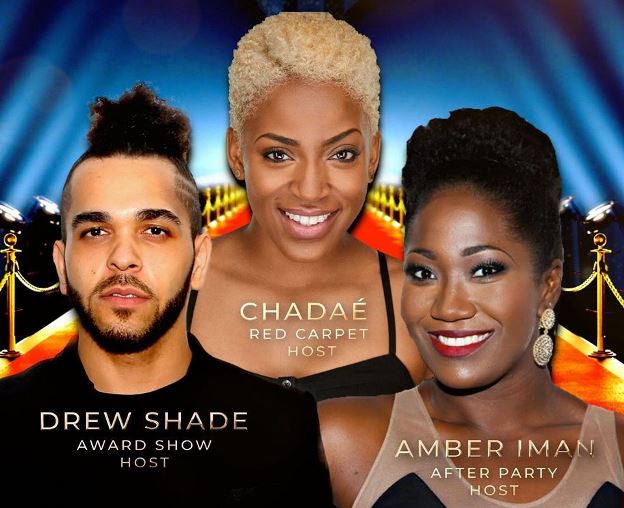 Through an online poll on the Broadway Black website, winners in 23 categories (with no gender-based differentiation) were determined by public vote. In addition to those, four special “Kinsfolk Awards,” along with a previously announced Lifetime Achievement Award, were presented to important leaders who have made significant contributions in the Black theater community.                   .

The honorees and winners of the 2020 Antonyo Awards are:

The Doors of the Theatre are Open Award: The National Black Theatre;

Best Featured Actor in a Play Off-Broadway: Okwui Okpokwasili, For Colored Girls Who Have Considered Suicide/ when the rainbow is enuf;

Best Choreography: Camille A. Brown, For Colored Girls Who Have Committed Suicide/when the rainbow is enuf;

Best Costumes: Toni Leslie James, For Colored Girls Who Have Considered Suicide/when the rainbow is enuf;

Best Actor in a Play Off-Broadway: Danielle Brooks, Much Ado About Nothing;

Best Actor in a Play on Broadway: Audra McDonald, Frankie and Johnny in the Clair de Lune;

Best Actor in a Musical Off-Broadway: LaChanze, The Secret Life of Bees;

Best Revival: For Colored Girls Who Have Considered Suicide/when the rainbow is enuf;

Congratulations to all of the winners, special honorees, and nominees of Broadway Black’s first annual Antonyo Awards!