For this last week of Pride month, New York theaters and performing artists continue their celebrations of the LGBTQIA+ community and its history with an ongoing calendar of events culminating, on Sunday, June 28, in the virtual 50th-anniversary Pride Parade and Playbill’s Pride Spectacular Concert, with Be More Chill’s George Salazar and Jason Tam recently announced as the latest additions to the star-studded line-up (for more information, click here). 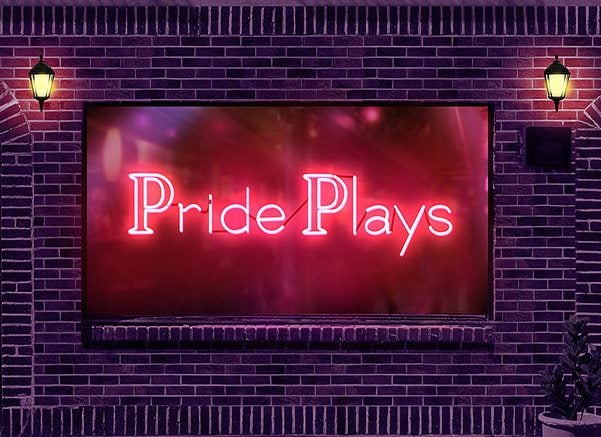 In association with the Pride Plays Festival, Playbill will also offer livestreams of two more works in its 2020 series on Friday and Saturday, beginning at 7 pm, to benefit Broadway Cares/Equity Fights AIDS. First up, on June 26, is Mart Crowley’s The Men from the Boys, the 2002 sequel to his pioneering drama of 1968, The Boys in the Band. The tribute to Crowley, who died on March 2 (while recovering from open-heart surgery following a heart attack), will be directed by Zachary Quinto, a cast member of the 2018 50th-anniversary Broadway restaging, which won the Tony Award for Best Revival of a Play. Next, on June 27, MJ Kaufman’s irreverent comedy Masculinity Max, directed by Will Davis, will take the virtual stage. First commissioned and developed by The Public Theater, the play follows the journey of a trans man stumbling through his relationships, career, and the gender traps he once opposed. Viewing is free, but voluntary donations will be matched dollar for dollar, up to $10,000, thanks to the generosity of sponsor RXR Realty. 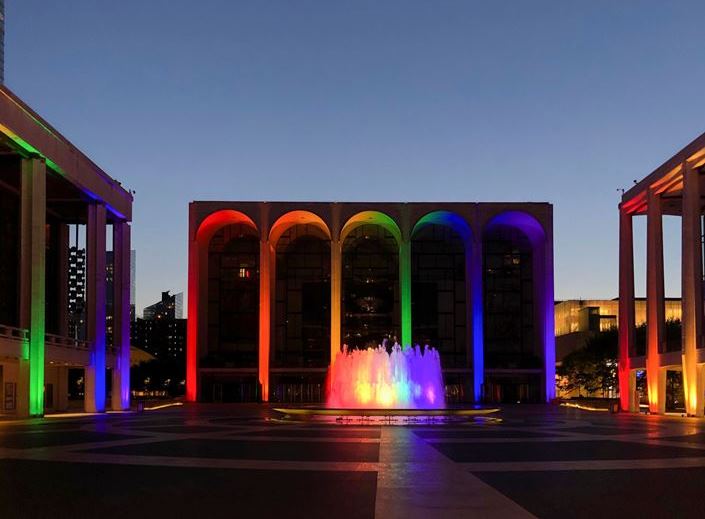 For the first time in its six-decade history, Lincoln Center is lighting its famous Josie Robertson Plaza, the central Revson Fountain, and the columns and arches of the iconic buildings that house the New York City Ballet, Metropolitan Opera, and New York Philharmonic with rainbow colors and flying the Pride flag for the remainder of June. Visible around dusk and through the night, the activation is designed in honor and recognition of “the full spectrum of queer identity.”

In addition to the light display, Lincoln Center Theater is presenting the Tony Award-winning musical Falsettos by William Finn (book, music, and lyrics) and James Lapine (book and direction) this week in its Lights! Camera! Theater! series of livestreams. Originally filmed for an episode of PBS TV’s Live at Lincoln Center during the 2016-17 run of the hit revival, the groundbreaking story takes a funny and affecting look at gay identity and the dynamics and dysfunction of a post-modern family in the late 1970s, with a blockbuster cast that includes Broadway favorites Stephanie J. Block, Christian Borle, Andrew Rannells, and Brandon Uranowitz. The show is available to stream for free for 48 hours through Saturday, June 27, beginning on Thursday, June 25 at 8:00pm, with a special virtual sing-a-long watch party. To view, go online to BroadwayHD.