The hip-hop musical Hamilton is being released on Disney+ on Friday (July 3)—a full 15 months ahead of schedule—so you can watch the drama and all of its love stories and scandals unfold in the comfort of your home. But the most passionate emotional affair—between Founding Father Alexander Hamilton and his sister-in-law, Angelica Schuyler—didn’t quite happen the way the Tony Award–winning show portrays it.

For one thing, Angelica Schuyler wasn’t a single woman pining after Hamilton when she first met him, as the musical suggests, but rather an already married mother of two small children.

No one is disputing Hamilton’s life was a remarkable one: He was born out of wedlock on a Caribbean island, immigrated to New York to pursue an education, served as an aide-de-camp to General George Washington during the Revolutionary War, helped shape the U.S. Constitution and America’s financial system while serving as the nation’s first Secretary of the Treasury, and then died from a duel with the vice president of the United States, Aaron Burr.

While the play’s creator, Lin-Manuel Miranda, has delivered Hamilton his long-overdue public acclaim, many other historical figures are overlooked or represented in a less-than-flattering manner throughout the production. (See: John Adams, Angelica and Eliza’s little sister Peggy Schuyler, and Eliza and Alexander Hamilton’s seven other children.) But Angelica Schuyler’s husband is perhaps the single most neglected character from the musical precisely because he is mentioned—though never by name—but only in a dismissive, derogatory fashion when Angelica tells Hamilton she’s “found a wealthy husband,” and that he’s “not a lot of fun.”

The real story, as it turns out, isn’t nearly so cliched, and it’s a lot more entertaining. The “wealthy husband” Angelica referred to is John Barker Church, who was as intertwined with Hamilton’s story as Angelica was. Church loaned Hamilton significant sums of money, was a confidant and a friend, employed him as his personal lawyer and commercial agent, tried to save his oldest son’s life prior to his dueling George Eacker, relayed valuable information from Hamilton’s wife, Eliza Schuyler, to her husband during Hamilton’s torrid affair with Maria Reynolds, and even provided the pistols used in Hamilton’s fateful duel against Burr.

To appreciate all the ways that Church came through for Hamilton, it’s important to understand that Lin-Manuel Miranda took many liberties with the actual timeline of events, something he said he had to do “for the sake of dramatic coherence.” One example: Angelica and John married in June 1777—a full three and half years before Hamilton married Angelica’s sister, Eliza, in December 1780.

So Angelica wasn’t technically one of the single “Schuyler Sisters” when she met Hamilton after all. (“The Schuyler Sisters” is one of the musical’s most lauded songs, sung by the sisters Angelica, Eliza and Peggy. You can listen to it here.) What’s more, she wasn’t a “Church” yet either. At the time of their wedding, John was hiding behind the pseudonym John B. Carter. A compulsive gambler, John had changed his name to avoid creditors and the authorities pursuing him for gambling debts and stock speculation (a form of investing that involves speculating on how well a stock will perform) in England. He and Angelica both assumed the surname Carter for the first seven years of their marriage.

To make matters worse, Angelica’s parents, Catherine and General Phillip Schuyler, wouldn’t bless the marriage, so the couple chose to elope. The elder Schuylers were so incensed when they first learned of the marriage that they wouldn’t speak to their daughter for several days. When they finally allowed Angelica back into their home, they treated her with such hostility that, according to Tom Cutterham, a lecturer of United States History at the University of Birmingham in the U.K., Church said: “My charming Angelica is much distressed at their behavior, if they continue their coldness we shall soon quit their house.” Angelica’s grandparents, the Van Rensselaers, interceded on her behalf to bring about a reconciliation and reparations were eventually made, according to biographical information from The History of Parliament. In time, General Schuyler accepted Church into the family and told his daughter that she’d been restored “to his full confidence.”

Throughout the early years of their marriage, Church amassed a fortune in currency and land speculation, and by negotiating contracts that supplied the American Continental Army during the Revolutionary War. Hamilton was much impressed with his brother-in-law and described him to his friend Oliver Wolcott, Jr., who later served as the second secretary of the treasury, as “a man of fortune and integrity, of strong mind, very exact, very active, and very much a man of business.” At the turn of the 19th century, Church had also established himself as New York’s foremost insurance underwriter.

Church’s wealth proved vital to the musical’s main couple, Hamilton and Eliza, as he employed Hamilton at various stages and loaned the family significant amounts of money—£5,000 over time (roughly £632,300 or $788,100 today). Hamilton relied on his brother-in-law’s generosity so much that he once confided in a letter to his college friend Robert Troup that he was insolvent and resigned to “leave [his] family to the benevolence of others.” In the letter, Hamilton also noted that he trusted especially in the “friendship and generosity” of Church to take care of his wife and children after he died.

After the war, Church was made the U.S. envoy to France, so he and Angelica left the U.S. in 1783 and resided there until 1797. While in France, the Churches became friends with the Marquis de Lafayette (the famous French aristocrat who traveled to America to fight against the British during the Revolutionary War) and Benjamin Franklin, who was then serving as the ambassador to France, and Thomas Jefferson, who later served as Franklin’s replacement. While in Europe, Church also served as a member of the British Parliament for six years—making him one of only two American Revolutionaries to do so, the other being Henry Cruger.

In the musical, several songs are dedicated to the sorrowful death of Hamilton’s oldest son, Philip Hamilton, who dies from a duel with the lawyer George Eacker in 1801. Church’s role in the duel, however, is not mentioned.

According to historical documents, the Churches returned to America in time for Church to have an impact on the fateful event. In Alexander Hamilton (the 2004 biography Lin-Manuel Miranda based his play on) historian Ron Chernow credits Church as “the Schuyler family authority on dueling.” Church earned a reputation as an experienced marksman and someone who, according to Chernow, “never shrank from a good fight and was not averse to duels.” In fact, Alexander Hamilton wasn’t even the first member of the Schuyler clan to duel against Burr. Church had already dueled the future U.S. vice president to settle a banking dispute in 1799.

And though the musical production of Hamilton shows young Philip seeking the advice of his father concerning the imminent Eacker duel—something he certainly may have done—Chernow notes that Philip actually sought the counsel of his friend, David Jones, and his uncle John in the matter. Chernow writes that “Church advised the young men that Eacker’s insulting behavior demanded a response,” but that Philip “should try to resolve his differences amicably with Eacker,” before resorting to a duel.

Church even tried to negotiate a truce with Eacker’s second, or duel assistant, in the duel beforehand, but to no avail. Chernow notes that Hamilton “applaud(ed) his brother-in-law’s efforts to stave off bloodshed.” After Eacker fatally shot Philip, he was taken to the house of John and Angelica Church for treatment. What’s more, the pistols used in the Hamilton-Eacker duel were Church’s own Wogdon & Barton dueling pistols—the same pistols that would be used in the Hamilton-Burr duel three years later.

Before Hamilton’s duel against Burr, Chernow notes that Hamilton turned to his “trusted, intimate friend” Church for help and requested to borrow his brother-in-law’s pistols. It’s also worth noting that after Hamilton died from the wound inflicted at the hands of Burr by Church’s own gun, the funeral organizers at Trinity Church erected a stage behind Hamilton’s casket and put just two chairs at the center: one for Gouverneur Morris—Hamilton’s close friend and a gifted speaker who was delivering the eulogy—and the other for Church.

In the decade that followed her husband’s death, Hamilton’s widow Eliza clung to her sister Angelica and her brother-in-law John for comfort and support, assistance the Churches gave freely. After Angelica died in 1814, John returned to his native land of England and died four years later on April 27, 1818. He is buried at St. James’s Church in London.

Church was not a brilliant politician, and, due in part to the many unpaid loans he’d provided others, his estate was only assessed at a modest £1,500 (roughly £129,300 or $161,200 by today’s standards) at the time of his death. But by all accounts, he was a good friend, a good father, and Angelica’s loving husband till the end.

While only those who knew him can speak to how “fun” he may or may not have been, this much is certain: John Barker Church played a much larger part in Hamilton’s history than the musical lets on. 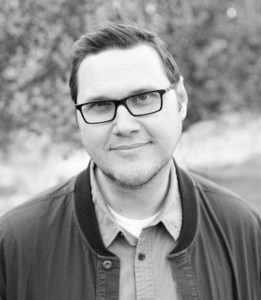 Daryl Austin is an editor and writer based in Utah. He has written for The Wall Street Journal, NBC News, The Guardian, Business Insider and Newsweek.

This article originally appeared on Live Science. Reprinted by permission.

Join the ‘Hamilton’ revolution this 4th of July weekend! by Deb Miller