As a lifelong live theater fan and a woman of Puerto Rican descent, I have spent the better portion of my adult life as an avid theatergoer wherever I have lived. On any given week I am at a live performance three to five evenings. I regularly take trips to New York City for a five-show weekend and when budget allows travel to London to indulge in the West End. As my day job I am a fundraiser by trade and currently run a development department for a national social justice nonprofit. I also happen to be a parent to an aspiring AfroLatina actress. And I have been watching the uprising and chaos of 2020 and the rise of voices in solidarity for Black Lives Matter and the reckoning that is beginning to occur across communities—a reckoning that is calling out and in the long-standing systems and structures that uphold white supremacy and privilege.

One of those communities is the theater community. Over the last month I’ve watched and heard testimonials, confessions, and ultimately pleas for change in the theatrical community coming from all aspects of the artistic cornucopia it takes to make a production I enjoy soar. It is a community that doesn’t reflect, let alone respect the stories and experiences of BIPOC. I know this is true, because regardless of how much I’ve loved theater my entire life, in particular musical theater, it wasn’t until 2008 when I was 35 years old sitting eighth-row center for In the Heights at the Richard Rodgers Theater that I saw myself and my experiences as a Latina reflected back to me from the stage.

Over the last few weeks I’ve watched artists demand more of the DC theater community as they spoke out in solidarity with Black Lives Matter. I also watched the clumsy, mishandled, disingenuous exit of one of the most prominent artistic directors in DC—an exit that turned into an ugly trench fight with sides drawn and shouting across social media. I added my voice to that conversation because I was livid—livid to see and know that those with the most power were the most complicit: the Board of Directors. 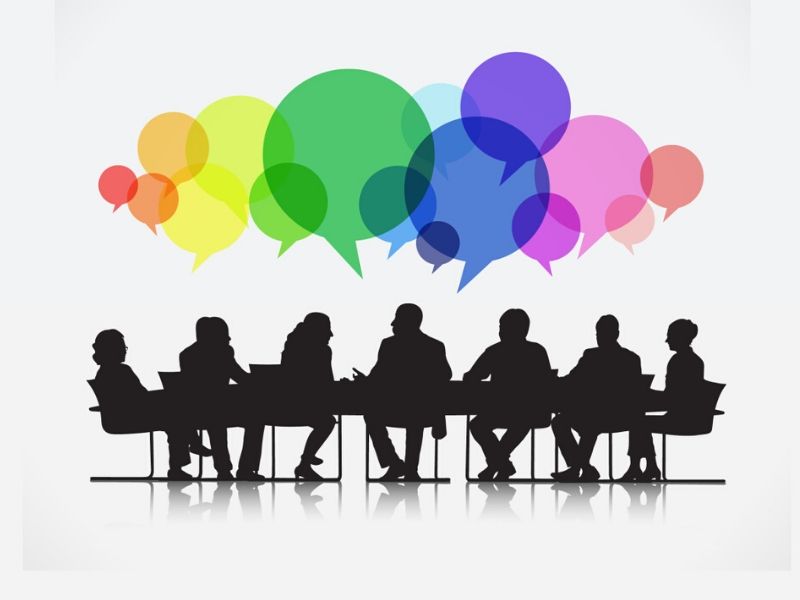 It prompted me to call in my fellow members of the theater community. Not the artistic directors and creatives. No, I am talking about my fellow subscribers, donors, and patrons. Are you all as baffled as I am by the complete absence of contrition, acknowledgement, and understanding that this is a moment of reckoning not simply for the theater community, but communities across the country as a whole? Everything about Signature Theatre’s response to Eric Schaeffer’s departure was dripping in indignance and tone-deaf—from the original refutation of individual claims to framing the departure as a “retirement,” as though it was planned and there’s nothing prompting this hasty departure. It was a disgrace to those who have been speaking out about their experiences and a dismissal of the actual thing you need to begin reconciliation: the truth.

In the case of Signature and Mr. Schaeffer, there is no denying the impact and influence of his work and what he built over the course of 30 years. But I can’t simply pretend that another truth doesn’t exist, one baked in power, complicity, and an absence of accountability. Both can be true. Both can be happening at the same time. Make no mistake, I have loved productions at Signature back to when they were in the garage. I don’t deny the institution that Schaeffer helped build. But I also don’t deny that it has been built with secrecy, pain, and violations of trust. Eric Schaeffer stepping down from the institution he cofounded is not the step-down we saw from Howard Shalwitz at Woolly Mammoth Theatre; it’s not the passing of a torch and in doing so an acknowledgement of the need for a fresh perspective as well as inclusive, reflective leadership. The Board of Directors for Signature throughout this moment has been coy, defensive, and not forthcoming. And that leads me to a deeper concern: to quote Hamilton, “What comes next?”

In all the fallout surrounding Signature Theatre I was left with the cynical thought that for all the pain on both sides of this departure, little is bound to change. I believe that because the power is truly in the purse. We as patrons, sponsors, and donors dictate success with our dollars. And boards are reflective of that truth. I have been a donor at Signature as well as other theaters across the region in earnest for the last few years as my income as afforded me to be. I do so because I believe in the power and necessity of the arts, especially the community and connection live performance creates. As such for me it was deeply disturbing that in Signature’s announcement, there was no roadmap or declaration for how they were going to change and evolve. Their note about recruitment of a new artistic director read like an afterthought. Something perfunctory to calm waters until the volume died down and they could go back to business as usual. The Signature Board of Directors stated that they will hold a “recruitment process [that] is committed to ensuring that the pool of candidates reflects diversity in race, gender, ethnic background, and professional experience. This inclusive selection process will be an important part of Signature’s responsibility to increased diversity and anti-racism.” To be clear: these are empty words. Until they place transparency of process and intent of actionable steps around inclusion and anti-racism beyond this recruitment process, this is nothing more than a cleanup on Aisle 5.

Signature’s Board of Directors owes its artists, staff, patrons, and volunteers a clear, transparent process for recruitment and their actions moving forward to dismantle the toxicity that thrives when concentrated power and white supremacy are upheld. Who among them will lead and act in this good faith? Signature is not alone in needing to walk their talk. They are simply the most recent and largest institution to have a light shone on their shortcomings. For me, I have decided to remove my financial support from institutions that have failed to take concrete steps toward living up to the intention of their BLM solidarity statements—because for me, as Maya Angelou says, “When people show you who they are, believe them.” Signature’s board has shown a deeply defensive crouch in the wake of Schaeffer’s departure. Other theaters mirror the secretive and complicit nature of how their boards operate. They work at the behest of the artistic directors and managing directors rather than holding that role accountable. Often financials that account for spending are difficult to find. When you are creating a fair and equitable workplace, transparency is part of the package. It is a baseline not a benefit.

This is my community. Live theater is a source of oxygen to my soul. But when the air is polluted we must take necessary steps to filter out the toxins so we can all breathe better. The artists and creative community deserve clean air to create. In my mind, those of us who invest in this community as donors and patrons must speak—with our voices, our platforms, and our wallets. If we rely on the boards of these institutions to do so, we are merely replacing and perpetuating a system that needs to end. I hope others demand more. In the case of Signature, there is an opportunity for them to turn the page on the past by reconciling it with actions that create a new future for Signature—one that is inclusive, safe, and thriving. I hope others and Arlington County demand the transparency and honesty this community deserves.

Dalissa Vargas is a native New Yorker who has lived in the DC Metro area for the past 16 years. By day Dalissa has built a successful career in the independent sector and is currently a senior director for a national social justice nonprofit. In her spare time Dalissa is an avid theater and film enthusiast who has a healthy touch of wanderlust that she’s actively working on passing along to her teenage daughter.