Ghostlight Records, an independent leader in original Broadway cast albums and music by luminaries from the New York stage, continues to release new recordings during this extended pandemic shutdown of live performances. Among the label’s latest offerings are a tribute album to the late composer, lyricist, writer, director, educator, and performer Liz Swados and two singles from a virtual variety Passover special, recorded remotely by a roster of musical theater stars, with messages that speak to our present time. 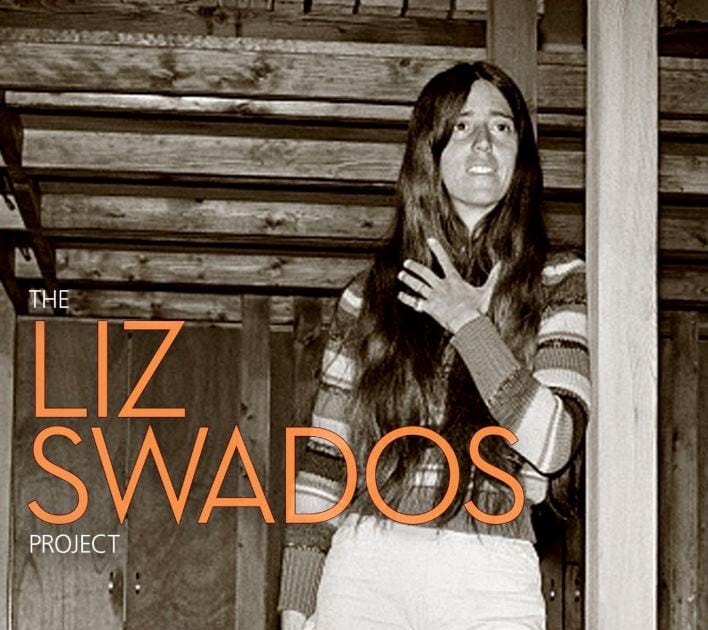 The Liz Swados Project – An all-star cast from Broadway and beyond pays homage to the legacy of five-time Tony-nominated visionary artist Liz Swados (1951-2016), who influenced and inspired them, on an album featuring the world-premiere recordings of fourteen of her songs from ten of her more than 30 works for the stage. The illustrious artists – including Sophia Anne Caruso, Amber Gray, Stephanie Hsu, Ali Stroker, Heather Christian, Michael R. Jackson, Taylor Mac, Dave Malloy, Shaina Taub, and the late Michael Friedman, among others – perform selections of Swados’ diverse and experimental music in their own unique styles, encompassing everything from folk, indie rock, rap, and blues to ballads, choral pieces, and world music, in socially-conscious songs about mental illness, racism, acceptance, and improving the state of humankind and the world.

Along with selections from her acclaimed 1978 hit Runaways (one of the few shows to be nominated for Tonys in the categories of Best Direction, Best Original Score, Best Book of a Musical, Best Choreography, and Best Musical), the album, with orchestrations and arrangements by Swados’ long-time music director Kris Kukul, also contains songs from some of her lesser-known works over the decades of her productive career (cut short by her death from esophageal cancer). Swados herself is represented on the album, echoing the natural world with guitar and colorful vocal sounds in her composition “Bird Lament.”

The Liz Swados Project is available on a variety of digital platforms for streaming; to order the album, go online. In addition, a timely video of the prescient “We Are Not Strangers” from Runaways, with a lead vocal by Heather Christian and featuring several of the other singers taped remotely from their homes, can be viewed on YouTube and here:

To continue to be of service to the public by sharing the themes and the community of Passover during this ongoing period of isolation, Ghostlight Records has recently announced the release of two singles from the popular critically acclaimed event. All profits from both re-recorded and remastered numbers will benefit Jews For Racial & Economic Justice (JFREJ). 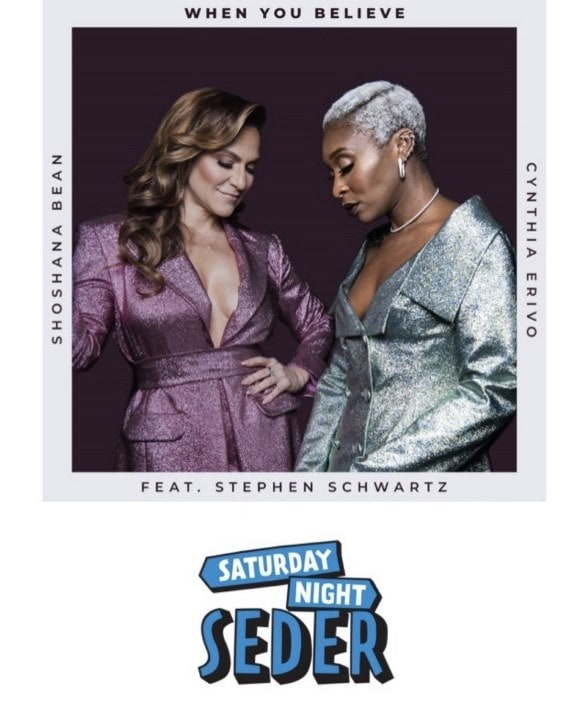 The iconic ballad “When You Believe” from The Prince of Egypt, with music and lyrics by Broadway legend Stephen Schwartz, asserts the transformative power of hope and faith to carry people through troubled times. It features an emotive collaboration by powerhouse vocalists Cynthia Erivo and Shoshana Bean, accompanied by Schwartz on piano. And the original song “Next Year,” written by Hannah Friedman, Benj Pasek, Mark Sonnenblick, and Shaina Taub, uses the eponymous closing phrase of the Passover Seder to express hope for a world with more peace, justice, freedom, and light in the coming year. Performed by Taub and actor/singer Skylar Astin (friends since childhood), with background vocals by Emily Wexler and Ben Wexler (who also provided the arrangement), and musical accompaniment by Ben Wexler and Taub on piano, Charlie Rosen on bass, and Dean Sharenow on drums, the lyrics embrace the universality of looking toward the future,  beyond the dark moment of the present. According to Taub, “It’s a song to serve as a reminder that we have crossed oceans and deserts before, and we can do so again.”

To stream or to download the singles, go online to Ghostlight Records for links to a variety of your favorite music services.