Musical theater icon Carol Channing (1921-2019) made her Broadway debut in 1941, then went on to become one of its biggest stars, after her famed appearance in the 1949 hit Gentlemen Prefer Blondes. Beloved by fans and critics alike for her unmistakable raspy voice, sparkling smile, and wide-eyed comedic charm, the late great actress and singer was best known for her legendary role as the titular Dolly Levi in Hello, Dolly!, which she originated in 1964, and continued to perform in multiple Broadway and regional revivals.

In addition to her work on the stage, which earned her three Tony Awards (including a Lifetime Achievement Award in 1995), the Oscar Hammerstein Award for Lifetime Achievement in Musical Theatre in 2003, and an induction into the American Theater Hall of Fame in 1981, Channing also won a Golden Globe Award and an Academy Award nomination for her popular screen portrayal of Muzzy Van Hossmere in the 1967 film Thoroughly Modern Millie. And she created an extensive discography of cast albums and soundtracks, spoken word and audiobooks, studio albums and live recordings over the many decades of her rich and lengthy career.

Following its mission of marketing “collections that evoke memories of yesterday, capture the spirit of today, and can be enjoyed for a lifetime,” Time Life has digitally reissued Channing’s final two albums, For Heaven’s Sake (2009) and True to the Red, White & Blue (2011), which are now available for streaming on all major services. With a combined total of 29 tracks, the re-releases will not only appeal to her long-time enthusiasts, but will also introduce new generations of young audiences to her distinctive tone, effervescent personality, and treasured songs from America’s past, on a current platform. 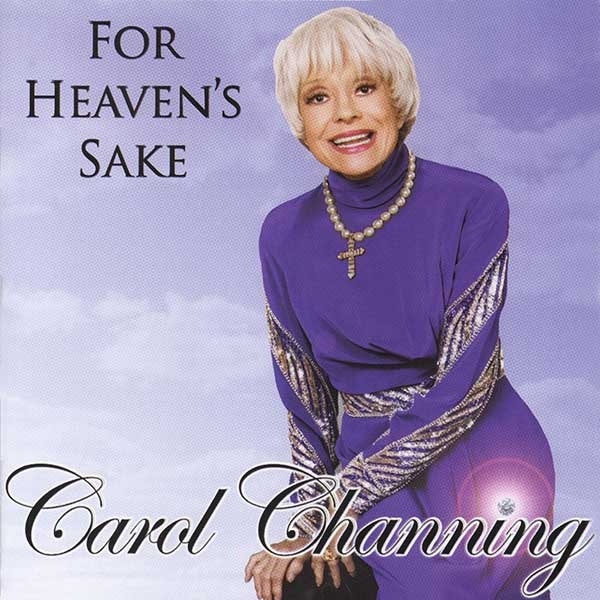 According to Larry Ferguson, the producer of Channing’s original albums, these late projects were “works from her heart” that were filled with deep personal significance. “Carol wanted to do gospel and heritage songs that she learned from her father” (the son of an African-American mother and German immigrant father, and a practitioner, editor, and teacher of Christian Science), so she was inspired to record For Heaven’s Sake. It contains a collection of traditional Black spiritual songs, including her heartfelt renditions of “Joshua Fit the Battle of Jericho,” “Old Time Religion,” “Swing Low, Sweet Chariot,” and “He’s Got the Whole World in His Hands.” 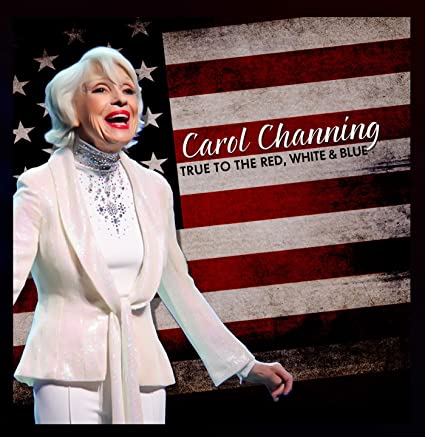 Ferguson also noted that “she was so proud of her country and had performed for nearly every President since Lyndon Johnson” – two factors that sparked the release of True to the Red, White & Blue. On it, Channing sings an all-American selection of historic patriotic anthems like “Over There,” “Don’t Sit under the Apple Tree” (a duet with T. Graham Brown), “Before the Parade Passes By,” “Battle Hymn of the Republic,” “America the Beautiful,” “God Bless America,” and a medley of “Yankee Doodle Dandy/Grand Old Flag” with her uniquely recognizable vocal style, signature expressiveness, and larger-than-life persona.

Carol Channing’s For Heaven’s Sake and True to the Red, White & Blue from Time Life are available to stream on Amazon Music and other digital platforms beginning today.