With the extension of the shutdown of live theater through at least January 3, 2021, the ever-creative New York theater community is continuing to go digital with an increasing number of online shows and special events. Coming this week are two exciting star-studded benefits and a major rescheduled awards ceremony that promise to number among the virtual highlights of the summer season. 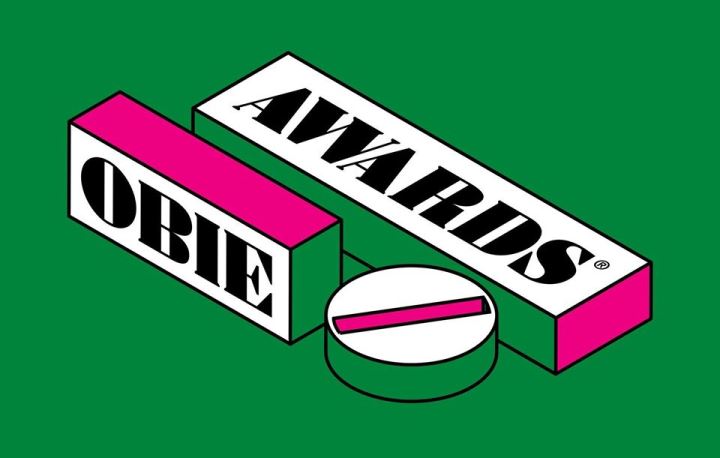 Obie Awards – Now in its 65th year, the long-running annual celebration of Off- and Off-Off-Broadway theater was postponed from its previously scheduled dates of May 18 and June 4, in response to the momentous national events of the past months, but the pre-recorded co-presentation of The American Theatre Wing and The Village Voice is now set to stream on Tuesday, July 14, on The Wing’s YouTube channel. The celebration kicks off with a ticketed two-part pre-show fundraiser to support the theater community in the midst of the COVID-19 pandemic, with appearances by Saycon Sengbloh and N’Kenge beginning at 6 pm, LaChanze and daughter Celia Rose Gooding at 7, and a sing-along to popular show tunes, accompanied by Adam Michael Tilford and Kenney M. Green from Marie’s Crisis Café and piano bar.

Hosted by actor/writer/comedian Cole Escola, the main event, free to everyone, features an illustrious roster of guest presenters, including Cynthia Erivo, LaTanya Richardson Jackson, and Heidi Schreck; an encore number by Sengbloh and Sahr Ngaujah from the Obie-winning Fela!; a special presentation by playwright Michael R. Jackson of his “Memory Song” from A Strange Loop; and an “In Memoriam” segment with Shaina Taub. In addition, cast members from the York Theatre Company, Fiasco Theater, and Broadway revivals of Stephen Sondheim’s Merrily We Roll Along will come together for a special performance of “Our Time” to commemorate the 25th anniversary of the musical’s Obie Award wins. 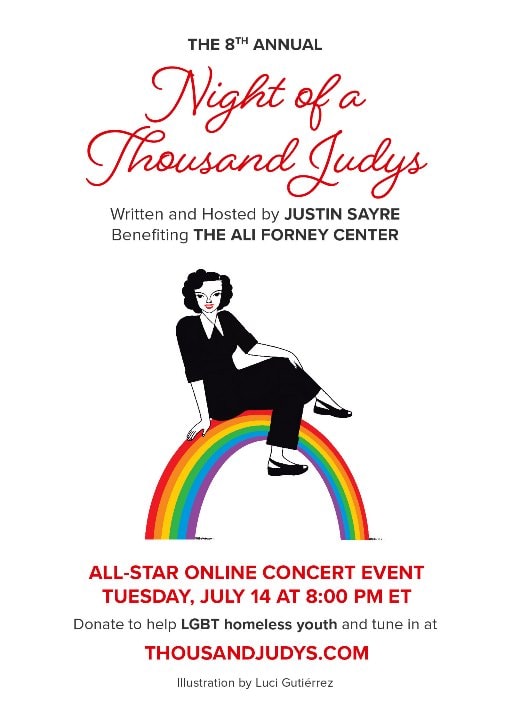 The digital extravaganza will benefit The Ali Forney Center, the nation’s largest comprehensive service and support agency dedicated to helping LGBTQ+ homeless youth. Every year, the organization assists nearly 1,400 at-risk youths through a 24-hour Drop-In Center that provides over 65,000 meals, medical and mental health services through an on-site clinic, and a scattered-site housing program. AFC’s goal is to provide what is needed for them to escape the streets and to live healthy and independent lives. You can watch this entertaining concert and donate to this worthwhile cause at ThousandJudys.com. 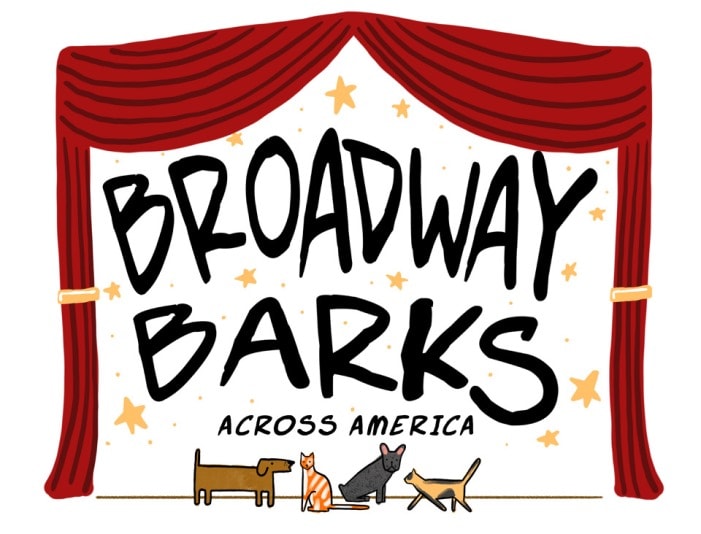 Broadway Barks – As both an animal lover and a theater lover, one of my very favorite dates each summer is New York’s premiere outdoor animal adoption program, co-founded by Mary Tyler Moore and Bernadette Peters in 1998. Unfortunately last year’s event was cancelled due to construction in Shubert Alley, where it is traditionally held. But in spite of the coronavirus shutdown of the NY theater district this year, the free show, produced and presented by Broadway Cares/Equity Fights AIDS and Broadway.com, will go on virtually, on their websites, YouTube channels, and Facebook pages, on Thursday, July 16, at 7:30 pm.

Peters, who again serves as host, says she’s “excited to be pivoting to an online streaming event this year. We are able to share more animal stories from more shelters across America, with more people.” In its impressive two-decade history, more than 2,000 furry friends have been given the spotlight and approximately 85% of them have successfully found forever homes. As always, funds raised will go to the participating shelters; voluntary donations can be made directly to BroadwayBarks.com or during the stream.