When COVID-19 first struck last winter, most of us in the theater world—audiences as well as those on or off stage—thought the crisis would end in a couple of weeks.

No such luck. Theaters, along with schools and camps, were shut down.

But now, while most of that world remains dark, one corner—Camp Arena Stage—continues to brighten the lives of a few hundred children, ages 8 through 15, who would otherwise have spent the summer, isolated at home, with little in the way of connection or fun.

“Art connects people even when they cannot be in the same physical space,” said Anita Maynard-Losh, Arena’s Director of Community Engagement, who cofounded the camp 16 years ago with Rebecca Campana, the theater’s longtime School Programs Manager.

Prompted by the lockdown imposed by COVID-19, the two set out to reimagine camp for a new reality, a summer when everyone—campers and counselors alike—would be sheltering in place. 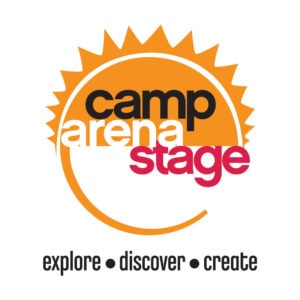 Luckily, Arena had the know-how to conduct online programs, thanks to Alan Gonzales-Bisni. Alan, who works with Anita on community outreach, proved adept at managing all the technical components required to pull the virtual camp together.

To find out how the system worked, I arranged to join a few of the sessions—all conducted on Zoom—and then talked to a few of the kids involved.

My virtual tour began with Acting for the Camera. Led by Mauricio Pita—a highly animated film and stage director whose credits include the IN Series and Voices of Now—the class began with a review of close-ups. The idea, Mauricio pointed out, was to show emotion.

“Screen acting is more than mugging into the camera,” he warned, as a dozen students pouted into their respective screens. Observing the class, I was able to see them all “emoting” at once.

Following a quick round of jumping jacks and breathing exercises—designed to get everyone into acting shape—the group turned to a classic exercise in mime. Each student built an invisible “frame,” and then decorated its walls. It was remarkable to see a group of adolescents, most in tights, morph into variations on Charlie Chaplin or Marcel Marceau.

My next visit was to Art of the Self, a course in portraiture taught by Rosie Alger, a well-known fine arts educator. Using their own images as models, the students began by sketching outlines, then quickly focused on the eyes, drawing shadows of varying density to create dimension.

The campers then selected two contrasting colors, using the darker one for the shadows. (The teacher’s choice was purple and khaki, while Erica Saulsbury, below, used green and tan.) The medium, to my surprise, was finger paint. “It allows you to embrace imperfection,” Rosie said.

Last on my tour was Hip Hop, taught by dancer and choreographer Brandon Glass, who is probably best known for his work on Lysistrata Jones.

This session began with the “down low,” a movement using slow motion as a form of storytelling. “It’s like searching for the last cookie in the box,” Glass said, slowly gyrating and groping for an imaginary treat, “but then finding it’s gone.”

Afterward, Glass told me that this kind of narrative dance is in some ways easier to teach online than in person. It’s also easier to deal with a range of abilities, which is typical at Camp Arena, where there are no auditions.

“Some students arrive at Hip Hop with years of ballet behind them,” he explained, while others—including several in the class—are mainly interested in writing or painting. “For them, Hip Hop is a beginning, a first step in movement.”

Afterward, I had a chance to talk with a few of the kids, beginning with two from the Hip Hop class.

Morgan Thomas, sporting a long pony tail, which she whipped around like a lasso, was typical of those who had years of training. Now 14, she had studied dance since she was six.  This was her third season at Camp Arena.

“I like the online classes,” she said, sounding somewhat surprised. “With Zoom, we can look at each other and the teacher, all on the same screen or separately. I like the idea that you choose what you want to see.”

For Greg Maryland, who is 13 and now in his sixth year at Camp Arena, there are pros and cons.  He loves physical theater, especially stage acting and combat choreography, both of which are inhibited by the space limitations of performing at home.

On the other hand, he pointed out,“You’re very aware of other people’s surroundings—and their pets!”  (That’s true. Camp Arena Stage seems to have a lot of cats eager to watch the activities.)

Alex Prosky is 12. This is his second year at Camp Arena. “Last year’s program was more interactive,” he said. But the current version offers more choices,  particularly in the art classes,  where students—instead of sharing camp materials—were free to choose their own.

Like Alex, Ella Comfort-Cohen, who is 15, is also in the portraiture class. However, for her it marks a big change. Now in her sixth year at Camp Arena, she previously focused on dance, which is her specialty. This time, she chose art, and found that it opened a whole new world.

“Rosie is a great teacher,” Ella said. For her, the most amazing thing about the class was that it used two cameras, one showing the teacher as she demonstrated the process, and the other showing the finished self-portrait.

Everyone agreed that “online camp” was definitely a new experience, but one that had many of the same advantages as in-person camp.

“You still get to meet new people, and you get to keep in touch outside of class,” said Alex, who’s made a lot of new friends since he started in June. Most of his classes have been in musical theater and dance, so he sees a lot of the same friends in classes throughout the day.

“It’s so upbeat,” Ella added. “It’s like being inside a family of friends.”

It’s very much a family affair for Erin Weaver, the five-time Helen Hayes Award-winning actor who will be teaching private and group classes in the camp’s Audition Intensive next week.

Although she has taught acting many times before, this is the first time that Erin, who is married to playwright and director Aaron Posner, has been a “Camp Mom.” It’s a designation she loves.

Maisie Posner, age 8-1/2, loves it too. “Every day there’s a talent show. And every day, Maisie comes bursting into my office to tell me about it,” Erin said in a phone interview late last week.

“As a parent, this has been a lifesaver for me. She’s learning new things every minute. And there are specific affirmations from the teachers every day. Competitiveness just washes away.

“In my entire career—as an actor and a teacher—I’ve never seen anything like this,” she added.

But what makes it so good? I wanted to know.

According to Erin, it’s partly because of the prep time put in by Anita and Rebecca to make sure the kids get a full camp experience. But it’s also the Arena goal.

“Arena Stage is 100 percent committed to the idea of inclusive space. And the kids go for it. The counselors are kind and loving to every child. This is Molly Smith’s specialty,” she said, alluding to Arena’s Artistic Director. “Anita and Rebecca have completely absorbed this philosophy.”

Tune in next week for DCMTA’s story on Arena’s Virtual Audition Intensive.