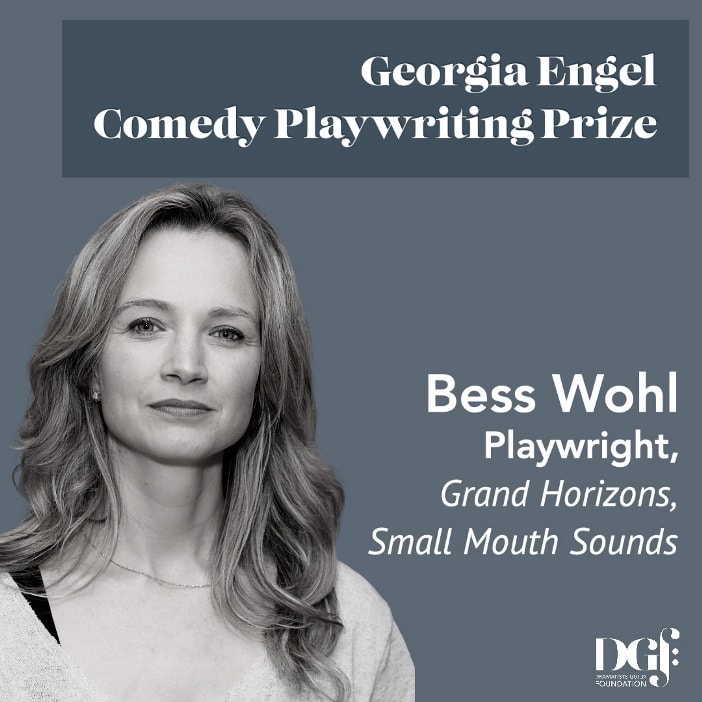 DGF recognized Bess Wohl (Grand Horizons, Small Mouth Sounds, Make Believe) with the inaugural Georgia Engel Comedy Playwriting Prize, an annual $10,000 award celebrating a playwright’s masterful writing in comedy, to honor the life and legacy of the eponymous Emmy-nominated Obie-Award-winning actress and comedian. In her virtual acceptance speech, Wohl said, “Georgia brought so much light to so many people, and my hope is that my own work can bring some tiny fraction of the joy and truth that Georgia embodied in everything she did, and that I can share that with audiences.”

Along with Wohl, the following recipients, announced earlier this year, were honored at the virtual event:

Congratulations to all of the honorees, and thanks for keeping the theater a vital part of our world!