With over 20 years of experience and a running count of five nominations and four Tony Awards to his credit – more than any other Black Broadway producer in history – Ron Simons, CEO and President of SimonSays Entertainment, has been a pioneering force in bringing diversity to the stage and behind the scenes, and in leading the effort to tell stories of Black history, culture, and experience. 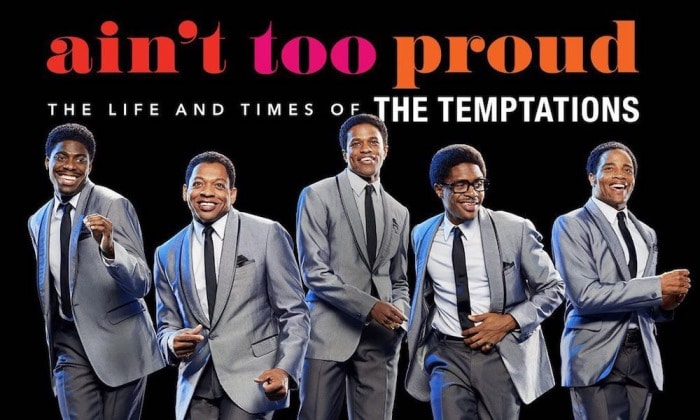 In addition to his work as a producer, Simons is a noted worldwide speaker and workshop instructor on the strategic planning and development of theater, film, and television. He is a member of The Broadway League and the Screen Actors Guild, and, as an actor, has appeared on stage and screen, big and small, most recently as a star of the Netflix hit Marvel series The Defenders.

I had the opportunity to speak with Ron, who holds a BA from Columbia College, an MBA from Columbia Business School, and an MFA from the University of Washington’s Professional Actor Training Program, about his journey from inner-city Detroit to his time as an executive at such top technology companies as Microsoft to his expertise and accomplishments as the most influential and prolific Black producer on Broadway.

What motivated you to produce your first Broadway show? Did you ever have dreams of Broadway when you were growing up in Detroit or as a professional in business technologies?

Ron: I’ve had an interest in theater since I was in high school, part of the Harlequins group, University of Detroit High School. My mother would take me to see shows, too, but the bug really bit when I started doing shows in high school. In college, I majored in English and Information Systems (now called Computer Technology). When I graduated, I started an application for Yale, but I wanted to get a job in business, because acting was risky; it could take a while for my career to take off and being cast isn’t always a constant, there are periods without work. I came from a blue-collar background, and the African-American community has not always been savvy at financial investment, so I felt the need to help support my family, my mother, and grandparents, and I got a job with Hewlett-Packard, working in technology for a number of years. I got an MBA and an MFA, and moved back to New York for a third time, for acting, in 2001. In 2009, I wanted to produce. I thought I’d produce plays, but I started with movies – Night Catches Us with Kerry Washington – and then a friend of a friend was looking for a partner to produce Porgy and Bess on Broadway. It was my first play . . . and my first Tony! After that, I wanted to tell stories that meant something to me, about under-represented communities – good stories with artistic integrity and commercial viability.

Investing in a Broadway production always presents a financial risk. What specific qualities, skills, and background do you possess that contributed to your unprecedented success?

There are two things that give me a leg up. First, I’m an actor, and I have a Master’s in it; I’ve studied storytelling. Second, I was a businessman, so I have experience as both an artist and in business. I’ve found that many businesspeople can handle the question of financial viability, but can’t judge a good story, so as an artist, I also have that area of expertise. Plus, even if it’s a good story, it has to be crafted to take it to the stage, so the leadership must understand how to get it there.

Have you found your journey, as a Black man, to be even more of an uphill battle in what has traditionally been a predominantly white industry?

Yes and no. There are times when white producers want to collaborate on African-American stories and seek me out. Other times – not because of any racial issues – it’s very competitive. Unless you have a mentor, you’re on your own. As an African-American man telling African-American stories, there’s a prevailing sentiment that there’s not always an audience for those plays. That’s not so much the case for musicals. There’s a belief that white women in the predominant age bracket for audiences will not be interested in African-American plays – but that has proven not to be true. If a story is universal, people are interested, and the more global the show can become. I did a movie called Gun Hill Road, about a Puerto Rican dad, his philandering Dominican wife, and transgender son. It’s specific, but it’s also about the relationship between a man and his son, so others could find themselves in the story.

Is there one moment that stands out to date as the high point of your ongoing illustrious Broadway career?

There are many, but one was from a show that’s not yet on Broadway – Turn Me Loose, about the life and times of comedian and activist Dick Gregory, who was played by Joe Morton. I spent time with him after the show in 2016 (he died in 2017), and he was in tears because he was so moved. He said to me, “I thought I was going to die in obscurity, but because of the story you guys told, I know I will not.” He was an icon of the Civil Rights Movement and the comedy world, and what he said was so incredibly moving to me that I cry when I think about it to this day. That alone was worth changing my career to be a producer; I’ll never forget it. And it’s one of four shows about people of color that I’m now developing for Broadway.

What one fundamental piece of advice would you give to other aspiring Black producers who are just getting started?

Network, network, network. You have to be out in the world meeting the artists, writers, investors, theater owners, and the patrons of the arts who will fund your shows from the inception. Live and breathe this business, because there are so many players, but it’s a small field; there’s only one degree of separation. You need to know everyone to call to ask for a favor. My second piece of advice is, don’t be discouraged; Broadway is a long-distance run, not a sprint. You need patience and you need to stick to it through the pain; you need fortitude.

What are your hopes and expectations for the shows you’re producing, and for Broadway in general, in 2021?

For Broadway in general, I hope we will see greater representation of under-represented communities. In the wake of George Floyd, we are in a racial crisis; we now understand that we are not in a post-racial world. Black men are being killed with abandon, by the police, and Black Lives Matter is a way to start the healing process. George Floyd didn’t have a voice, so we can be his voice and tell his story. Storytelling grabs you by the heart, and through it we can engage, educate, and maybe even change. That’s my dream. Also that more white producers and theater owners will produce and present more stories of color. There are a number of properties ready to go, but will the doors be open? And potential investors for these shows need to rise up, people not even in the industry can invest in it. That’s a HUGE hope of mine. I’m always looking for new partners and would love to hear from you, so email me!

Thank you, Ron, for your inspiring work and your trailblazing support of under-represented communities in the entertainment field; it was a pleasure to talk to you. For more information on Ron Simons’ career and Broadway projects, visit SimonSays Entertainment.