Though the coronavirus pandemic has brought a temporary halt to large public gatherings, it hasn’t stopped artists and organizations from celebrating big events while entertaining audiences and raising funds for worthwhile causes. Among this week’s top online musical offerings for your listening pleasure are a new video cover of a pop hit, an installment of a popular summer series, and a special concert commemorating an important anniversary in our country’s history. 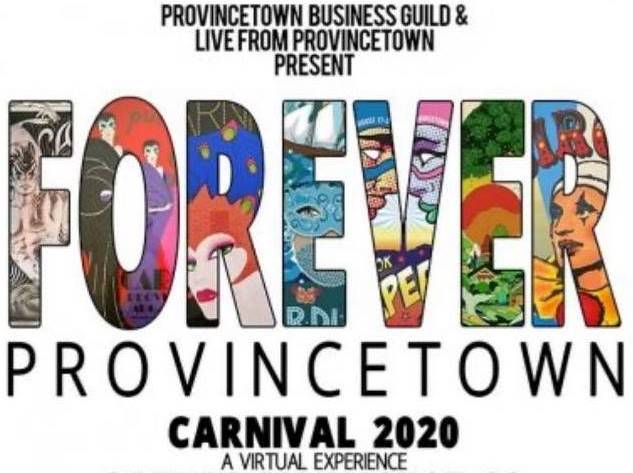 Created as part of the virtual 2020 Carnival celebration Forever Provincetown, and just released on Saturday’s 7 pm livestream of the free event (presented by The Provincetown Business Guild, in partnership with Jonathan Hawkins’ Live from Provincetown production company), the latest video from New York’s The Boy Band Project is a reimagining of NSYNC’s Billboard chart-topping hit ‘Bye Bye Bye’ that’s making this summer a whole lot hotter. Featuring Tomer Rabinowitz on guitar and James Clark on cello, and starring BBP members Jesse Corbin, Chris Messina, Jamison Scott, and founder Travis Nesbitt (who also provided the masterful mixing and editing of the singers’ and musicians’ remotely taped parts), the new cover contains all of the rich harmonies, sexy moves, and seductive looks that make this alluring and talented group a fan favorite. Once you see it, the last thing you’ll want to do is say “bye bye bye” to these Boys, so you can keep them coming on YouTube, Facebook, and here:

Next up in this season’s schedule of Broadway Buskers – the annual summer concert series from the Times Square Alliance (TSA), featuring Broadway actors and composers performing selections of their own original music – are appearances by Jaime Jarrett (Wonder Boy; Queer Baby Jesus), Jennifer Sánchez (The Rose Tattoo; Pretty Woman), and Joel Waggoner (Be More Chill; School of Rock). Curated and hosted by Ben Cameron, the 2020 weekly line-up performs remotely from their individual locations and is livestreamed each Tuesday at 7 pm ET, through October 27. The virtual installments, which began on July 21, have included appearances by such other notables as Yvette Gonzalez-Nacer (Hadestown; In the Heights) and Next to Normal’s Alice Ripley and J. Robert Spencer. Among the upcoming slate of performers in September are Adam Pascal (Rent; Something Rotten), Jasmine Forsberg (Broadway Bounty Hunter; Love in Hate Nation), and Taylor Iman Jones (Head Over Heels; Hamilton), with the October roster to be announced at a later date. The concerts are free, but audiences are encouraged to donate to Broadway Cares/Equity Fights AIDS’ COVID-19 Emergency Assistance Fund and the Broadway Advocacy Coalition. You can tune in on the TSA website or Facebook page.

In honor of the 100th anniversary of the 19th Amendment, giving women in the US the right to vote, Playbill is presenting a special digital broadcast, Women in Theatre: A Centennial Celebration, livestreaming on Wednesday, August 26, at 8 pm ET, and available for viewing through August 30. The contributions of women, non-binary, and gender-non-conforming theater artists of the past century will be highlighted, along with sneak peeks at original Broadway-bound musicals by new voices. Hosted by Heidi Schreck and Rebecca Naomi Jones, the all-star evening includes performances by Sara Bareilles, Jessie Mueller, Daphne Rubin-Vega, Nikki M. James, Ari Afsar, Shoshana Bean, Ann Harada, L Morgan Lee, Ashley Park, Alysha Umphress, Kuhoo Verma, and many more, in addition to appearances by Pulitzer Prize-winning playwrights Quiara Alegría Hudes, Lynn Nottage, Paula Vogel, and a full roster of other acclaimed guests. The benefit event, made possible in part by the Library of Congress, is in support of the Broadway Advocacy Coalition’s new initiative, the BAC Artivism Fellowship, dedicated to empowering artist-activists, with a 2020 focus on Black cis- and trans-gender women addressing issues of systemic racism and criminal justice reform. To join in the celebration, go online.