The second installment of Broadway Whodunit?, Escape from Camp Eerie makes its livestream debut on Sunday, August 30, at 6 pm ET. So get out your notepad and pencil, sharpen your sleuthing skills, and be prepared to solve this one-night-only online crime puzzle by following the clues, conversations, and cast of eccentric characters – one of whom is murdered – throughout the different rooms and locales of the digital site, as the story unfolds in real time.

Created by Jimmy Award winner and Dear Evan Hansen star Andrew Barth Feldman after the success of his preceding viral hit game series Broadway Jackbox, the all-new interactive virtual murder mystery series features Broadway luminaries as the suspects and the audience as the amateur detectives. During the show, viewers can discuss the clues and their theories in a live chat on the side of each room. All players will receive a link to submit their guess as to who committed the murder; those who are correct will get points based on how quickly they solve the mystery and will be ranked on the website’s leaderboard the day after the event. Points are cumulative throughout all future editions of Broadway Whodunit?, which will continue with more original mysteries by Feldman streaming on upcoming dates yet to be announced.

Making the live event even more of a mystery, not just for the audience, but also for the actors, the show has a basic scenario, but no script, so they don’t know much more than we do about what will happen, how it will end, or whodunit. As a result, it promises to be filled with hilarious improvisation, zany hijinks, and irreverent spontaneity, in addition to the plot’s central intrigue.

Will, who described the show as “a hilarious murder mystery that makes fun of murder mysteries,” shared his personal experience with the process, some insights into his role, and his feelings about working unscripted. “The night before the show, everybody gets a description and backstory of the character, so we can understand a little about the person we’re playing and wear appropriate clothes,” he explained. “Without giving away too much, I’m the groundskeeper who hates children with all his heart and has quite a number of secrets that he’s trying to conceal from the others.” Along with those fundamental notes, he said, “we also get the goals Andrew set, but we don’t read those till just before going live, and we don’t know who gets murdered or who did it.”

As far as any hesitation or nerves about the format, Will told me that, to the contrary, “I love improv! I did a lot in high school and college, and with this group of such amazing actors, it’s so much fun to play off of each other and to make the unexpected turns together. I haven’t worked with Lesli for a long time, or with Jason for a while now, so it’s great to be with them for this!”

Will also expressed his sincere admiration for the series’ producers Feldman and Boniello, “who have been incredible at turning pandemic lemons into lemonade.”  Through the course of the coronavirus shutdown, “they’ve been so active and positive, and have been creating such outstanding content. Plus, with Broadway Jackbox and now with Broadway Whodunit?, they’ve raised nearly $100,000 for The Actors Fund and other important causes. I’m very proud to be a part of it.”

For Andrew, who is now eighteen, the idea of putting together these improvised series with friends from the theater, or even from home as a kid, “has always tickled me. I’ve been doing them for about ten years now, which is most of my life!” He especially enjoys “living in this world and playing the character, while eating pizza and screwing around with each other, and not even thinking any thoughts about being in front of an audience or a Zoom camera.” What has been his biggest concern is that the tech will work – “and it did really well for the past shows, with no issues at all, even though we had a hundred back-ups, just in case of failure. It’s been a lot of problem solving with my brother, and an epiphany every day.”

That comes as no surprise, since, just a few years ago, in 2017, he thought that tech might be his path. He was having some doubts about acting as a profession, and took courses in the field of technology, but being cast in a few lead roles while still in school, winning the Jimmy Award, and landing on Broadway as the titular character in Dear Evan Hansen changed that. “I realized there was no way I could do tech and give up the theater,” he told me. “So much of my passion lies in creating, and the pandemic has given me the time for that, and writing, and directing. And I’m also using the tech skills I learned for these virtual events.”

As for the role he gave himself in Escape from Camp Eerie, he’s taking a bit of a back seat as the host, and also playing a character that’s quite different from the one he did in the last installment of Broadway Whodunit? “He’s the spoiled and manipulative son of the monied investor, and a lot more conniving.”

Andrew is also looking forward to the next mysteries in the series. “For this current show, the cast is absolutely phenomenal, but we have some really terrific guests coming up in the future installments, too,” so his advice is to “buy your tickets now and start racking up your points!” 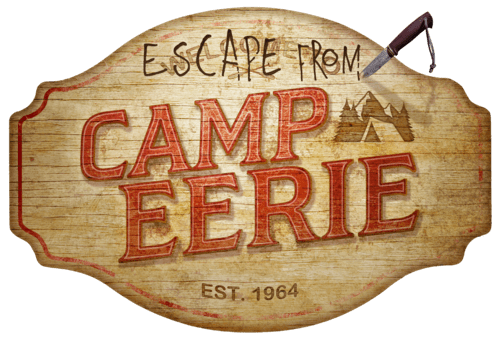 Escape from Camp Eerie livestreams on Sunday, August 30, 6 pm, at Broadway Whodunit?, with a running time of approximately two hours. For instructions and tickets, valid for the one showing only, go online.