After taking Broadway by storm at the age of eighteen as Maria in The Sound of Music, the super-talented multi-nominated multiple award-winning star Laura Benanti has appeared in such notable Broadway productions as Swing!, Into the Woods, Nine, The Wedding Singer, Gypsy (for which she earned the 2008 Tony Award for Outstanding Featured Actress in a Musical), In the Next Room or The Vibrator Play, Women on the Verge of a Nervous Breakdown, She Loves Me, Meteor Shower, and most recently, in 2019, in My Fair Lady at Lincoln Center. Her beautiful semi-operatic soprano can be heard on cast recordings of the shows, on her debut album In Constant Search of the Right Kind of Attention: Live at 54 Below with Broadway Records, and in her cabaret concerts at Feinstein’s/54 Below, where she’s scheduled to return this December 1-6, as a part of the iconic midtown nightclub’s “Diamond Series.”

In addition to her formidable presence on the stage, Benanti has also appeared on the big and small screens, including her popular roles in the TV series Nashville, The Good Wife, Supergirl, and Nurse Jackie, and, since 2016, as First Lady Melania Trump on The Late Show with Stephen Colbert.

Not only is Benanti a prolific performer and fan favorite, she’s a dedicated artist/activist and “righteous feminist badass” who is using her powerful voice in support of a number of momentous socio-political causes, from Immigrant Families Together to Artists Striving to End Poverty (ASTEP) and Sunshine Concerts – a charitable endeavor to benefit senior living facilities, children’s hospitals, and community members who are especially isolated during this time of quarantine.

For her latest project, Benanti will be joining forces with Margaret Cho, Peppermint, Laura Jane Grace, Veruca Salt, Kathy Valentine of The Go-Go’s, and a roster of other concerned cisgender and non-binary feminist performers in Do Re #MeToo – a virtual concert covering the most sexist songs ever written, in support of the Abortion Access Front (a non-profit advocacy organization of comedians, writers, and producers using humor to destigmatize abortion and to expose the extremist anti-choice forces working to destroy access to reproductive rights). The digital event, which Benanti will co-host with Lizz Winstead (co-creator of The Daily Show and founder of the AAF), will stream on Thursday, September 17, at 9 pm ET, with the intention of reminding viewers of how pervasive sexism and misogyny are in our pop music, throwing the songwriters’ lyrics back at them, kicking sexism’s ass, and having a great time doing it!

Laura made time in her active schedule to answer some quick questions and to share her witty opinions before the pointedly hilarious show streams later this month.

Laura:  Continuing on in the great tradition of telling our stories through word and song. Being in a space where the performers’ hearts are beating in the same space as the audiences.

I’ve had so many and love them for different reasons!! Louise in Gypsy and Eliza in My Fair Lady.

Hmmmm. There are qualities of all of them that I possess but I would say overall I’m most like Eliza. Spirited and fiery!

“The difference between a lady and a flower girl is not how she behaves, but how she is treated.”

Yes – but I wouldn’t want to say which one!

I’ve been so lucky to have played so many of my dream roles on stage. At this point in my career I’m focusing on playing interesting roles in TV and film. I don’t feel like I’ve met my fullest ability in those mediums.

Primarily, it’s a difference in energy. Theater requires that you fill the space with more energy. TV/film, you have to draw the audience in. The camera is like a lie detector. If you don’t mean what you’re saying, there’s simply no faking it.

Standing on top of a slide and singing in preschool.

Fear, grief, and a desire to be of service.

I’ve been concentrating on being of service through #sunshinesongs – free Sunshine Concerts for hospitalized children and isolated senior citizens, donating the proceeds of the first single off my new album (“Sucker“) to Food Corps, and now Executive Producing a documentary for HBO Max about seven graduated seniors from the class of 2020. And raising a three year old! Not much leisure!

Being able to be “live,” anywhere.

“Don’t think because there’s a ring on your finger you needn’t try anymore.” 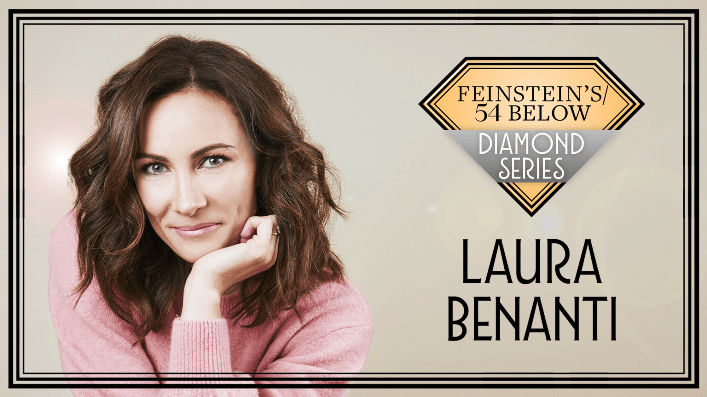 “Both Sides Now” by Joni Mitchell.

I hope that there is a return to a belief in science, trust in journalism, and a trend away from our current nationalism and lack of integrity.

Thanks, Laura, for sharing a “badass” 15 minutes with us, for continuing to entertain your fans during the coronavirus shutdown, and for putting your fame, talent, and humor to good use in support of such crucial causes. 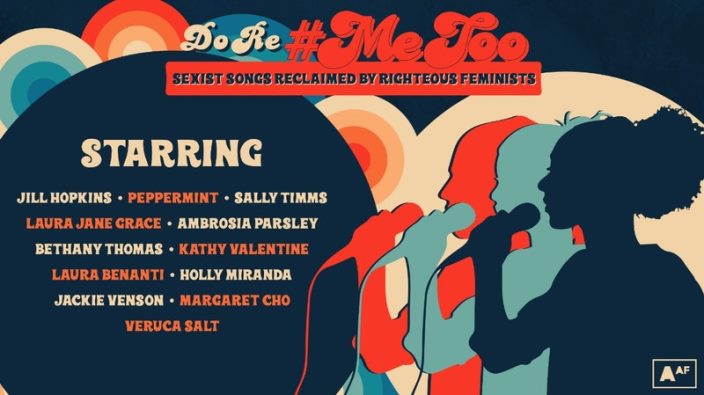