Whether you’re in the mood for a timely adaptation of a sardonic classic, the blockbuster vocals of a Broadway phenomenon, or a wry exposé of the flagrant sexism that permeates our popular music, you can find it this week streaming live from New York. 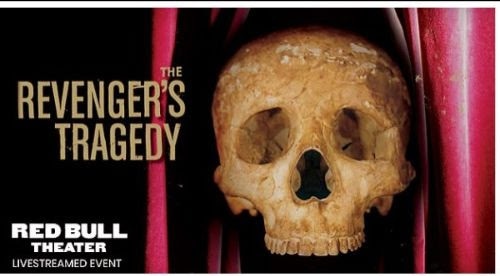 The Revenger’s Tragedy – Off-Broadway’s Red Bull Theater reunites cast members from its 2005 stage production of the dark Jacobean satire/morality play (alternately attributed to Thomas Middleton and Cyril Tourneur) for a freely adapted livestream version by Founding Artistic Director Jesse Berger, who also directs. First performed in 1606 and published in 1607, the macabre tragicomedy is set in Venice during a time of socio-political corruption, decadence, upheaval, and a thirst for vengeance, but its searing themes from the past are still regrettably rife in our current headlines.

In keeping with the play’s style of borrowing from familiar sources (including Hamlet), Berger’s revised script injects lines from other well-known writers that continue to resonate today. The socially distanced Zoom presentation, featuring visual design and costumes by Clint Ramos and Rodrigo Muñoz, original music by Daniel Levy, fight direction by J. David Brimmer, and choreography by Tracy Bersley, will premiere live at 7:30 pm on Monday, September 14. A recording of the livestream will be available until 7 pm on Friday, September 18, and the show will also be the topic of an interactive “Bull Session” on Thursday, September 17, 7:30 pm, with scholar Tanya Pollard (Brooklyn College and the Graduate Center, CUNY) and some of the artists. Tickets are free, but voluntary donations are requested, to support the ongoing work of the company. To register, go online; you will receive a reminder with the link to the performance on September 14. 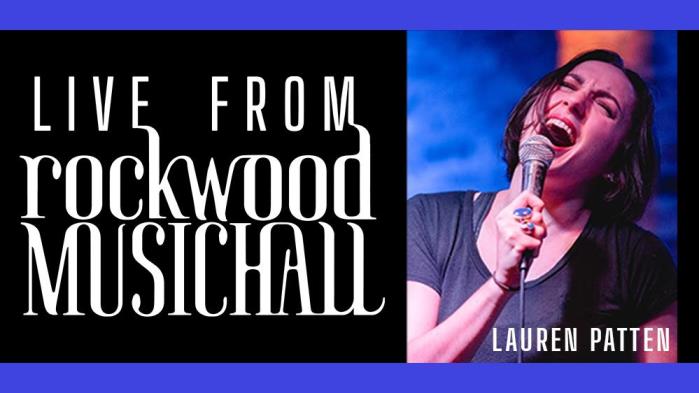 Lauren Patten – Live from Rockwood Music Hall – Previously scheduled to perform with her band on March 15, Lauren Patten was compelled to cancel her gig at Rockwood Music Hall on the Lower East Side when the COVID-19 pandemic hit hard in NYC. But now, after months in quarantine, the award-winning Broadway sensation – who brought down the house as Jo in the Alanis Morissette musical Jagged Little Pill (with her show-stopping rendition of “You Oughta Know” getting an exuberant standing ovation at every performance and resulting in the official running time of the show being extended by an additional five minutes!) – is slated for a virtual concert beginning at 8 pm on Tuesday, September 15, exactly six months after the original date.

Streaming live to viewers at home from Stage 2 of the popular music venue, the band’s sound, according to Patten, has been adjusted for the digital event, from its usual “full-on rock, to create a softer, more intimate acoustic set.” The highly anticipated appearance will be presented via ViDDD, in 1080p HD multi-cam video with soundboard-quality audio, along with a chatroom, social reaction features, and a tipping function. For more information and tickets (priced at $15), go online; upon purchase, you will receive an email confirmation and access to the stream. 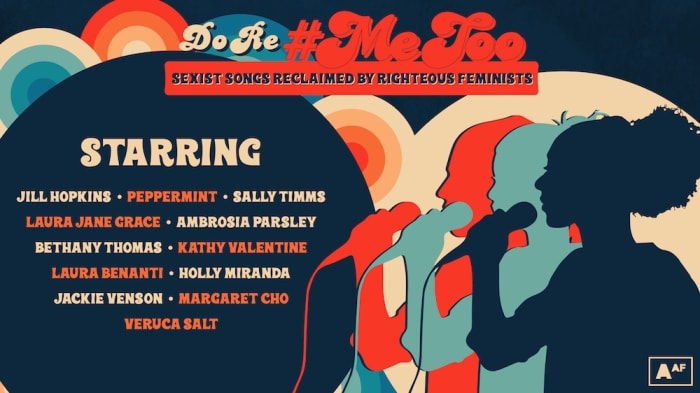 Do Re #MeToo: Sexist Songs Reclaimed by Righteous Feminists – An all-star line-up of concerned cisgender and non-binary performers takes on the musical patriarchy in a cathartic and comical livestream concert that covers sexism’s greatest hits and draws critical attention to the misogynist lyrics that negatively define the role of women and perpetuate gender-based stereotypes in our pop culture. Co-hosted by Tony Award winner Laura Benanti and political satirist Lizz Winstead (co-creator of Comedy Central’s The Daily Show and founder of the Abortion Access Front – a non-profit advocacy organization that employs pro-choice activism, outrage, and comedy in support of reproductive rights and the destigmatizing of abortion), the self-described “badass” event that “puts the show in chauvinism” will feature the voices of such redoubtable “righteous feminists” as stand-up comedian, actor, and singer-songwriter Margaret Cho, Peppermint (RuPaul’s Drag Race, Broadway’s Head over Heels), and Kathy Valentine of the iconic 1980s all-women rock band The Go-Go’s (whose songs provided the inspiration for Head over Heels).

The concert plays on Thursday, September 17, from 9-11 pm, on Crowdcast, preceded by a virtual VIP cocktail party, beginning at 8:30, with Benanti, Winstead, actor/comedian Michelle Buteau (who serves as the remote bartender), and other special guests. Register online for free or pay-what-you-can tickets, or for the optional pre-show package (with exclusive access priced at $500). Proceeds from ticket sales and donations will benefit the Abortion Access Front. In anticipation of the show, you can try to guess which of the most offensive, outrageous, and unapologetically sexist songs will be performed “with all the irony they so richly deserve.” I know I have a list – and it’s a long one!