Culminating the 2020 Helen Hayes Awards recognizing outstanding work on Washington-area stages in 2019, the theater community will gather for one singular celebration in three successive digital spaces Friday, September 25. The evening will kick off with a virtual red carpet on Instagram live, switch to YouTube for the virtual main event, then finish with a flourish with a virtual afterparty on Zoom. 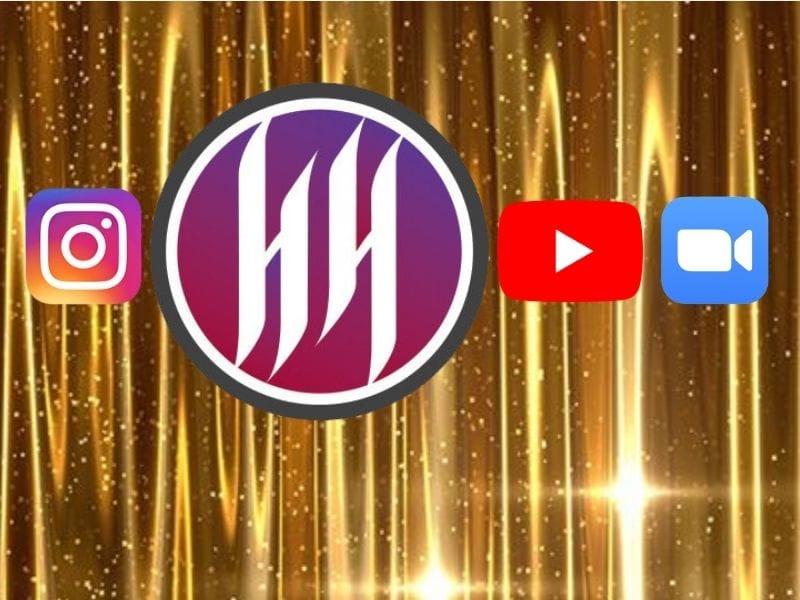 The evening will start at 6 pm EDT with a virtual red carpet on Instagram live (@theatrewash), with the co-hosts of the 2019 Helen Hayes Awards, theater artists (and best friends) Rick Hammerly and Felicia Curry. The red carpet will feature nominees, recipients, and special guest stars. Viewers can also pop in to say hello and show their at-home Helen Hayes Awards fashion choices.

The evening continues with an afterparty at 8:15 pm EDT on Zoom, DJ’d and hosted by Edward Daniels, DC actor and owner of Scorpio Entertainment. Guests can dance in their living room (or kitchen or garage) to music, see their friends and colleagues in their Helen Hayes Awards finest, and, most important, celebrate the nominees, recipients, and the Washington theater community.

Tickets for the 7 pm event on YouTube are complimentary (or by donation to the Taking Care Fund) but required and are available through TodayTix at bit.ly/HHATickets. All guests who register through TodayTix will be sent private links to both the YouTube event and the Zoom afterparty.

About the 2020 Helen Hayes Awards
Recognizing work from 185 eligible productions presented in the 2019 calendar year, there are 255 nominations in 47 categories and grouped in “Helen” or “Hayes” cohorts, depending on the number of Equity members involved in the production. Nominations are the result of 40 carefully vetted judges considering 2,570 individual pieces of work, such as design, direction, choreography, performances, and more. Productions under consideration in 2019 included 46 musicals, 139 plays, and 45 world premieres.

Gender-Inclusive Performance Awards
This year, though adjudicated as “actor” and “actress,” 16 performance categories were renamed and integrated and presented as gender-inclusive Awards—listed, for example, as Outstanding Lead Performer and Outstanding Supporting Performer, with two recipients in each category. Since 2018, the Helen Hayes Awards adjudication committee has been pursuing a process to make these performance Awards gender-inclusive. After research, consultation with other award organizations, and input from the community—including nonbinary and transgender performers—the committee has announced that beginning with the 2021 Helen Hayes Awards (for productions in 2020), the performance categories will be adjudicated as gender-inclusive and expanded to ten nominees each (from the previous five). Two recipients will be chosen for each category to maintain the current number of recipients that are selected and honored each year. A full history of the evolution, process, and further details is available on the theatreWashington website. 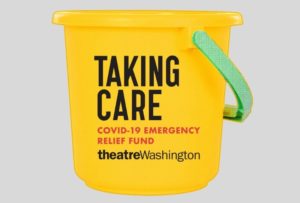 Taking Care Fund
During the Helen Hayes Awards season, theatreWashington will be raising money for the Taking Care COVID-19 Emergency Relief Fund. This Fund, started in March 2020, has surpassed its original goal of $330,000—which was distributed in microgrants to local theater professionals in need during the near shutdown of our industry. theatreWashington now has a gift of $25,000—from generous community donors Craig Pascal, Holly Hassett, and area foundations, with the board of directors of theatreWashington—to be matched by the community, raising an additional $50,000 for this Fund. Those wishing to make a donation to the Taking Care COVID-19 Emergency Relief Fund, can do so here.

The Victor Shargai Leadership Award
theatreWashington continues to celebrate Victor Shargai, longtime theatreWashington board chair, theater lover, and philanthropist, who passed away peacefully at home on December 24, 2019. For decades, Victor dedicated himself to celebrating theater artists and strengthening the theater institutions in the Washington DC, region. As a champion and a supporter, and with his beloved husband Craig Pascal, he believed fervently in theater’s power to transform lives and communities. On the occasion of a memorial celebration of his life in July 2020, in partnership with Craig Pascal, Amy Austin, President & CEO of theatreWashington, announced the creation of a new Helen Hayes Award in Victor’s honor. The Victor Shargai Leadership Award will recognize excellence in leadership in new ways. The first award will be given in 2021 when we can gather again.

About the Helen Hayes Awards
The Helen Hayes Awards, now in its 36th year, recognizes outstanding achievement in more than 60 professional theaters across the Washington metropolitan area. Named for the legendary First Lady of the American Theatre Helen Hayes—a Washington native—the award celebrates the artists and companies whose excellence exemplifies a standard of artistry that has made Washington a thriving, internationally recognized theater town.

Helen Hayes Awards nominations are the result of a rigorous year-long process in which 40 judges on five panels attended approximately 200 eligible productions, including 40–50 world premieres. The 2020 Awards honor the plays produced on Washington stages in 2019.

About theatreWashington
The administration and celebration of the Helen Hayes Awards is just one element of theatreWashington’s mission, which is to strengthen, represent, and support all segments of Washington’s professional theater community, including theater companies, artists, staff, and diverse audiences of all ages. Over more than three decades of support and advocacy, theatreWashington has played a vital role in the city’s cultural identity.