Studio Theatre commissioned seven Black artists who have appeared on its stages to create artistic responses to their experience at the Commitment March on Washington, August 28, 2020. In these personal messages, they each share their immediate reactions followed by their video responses. 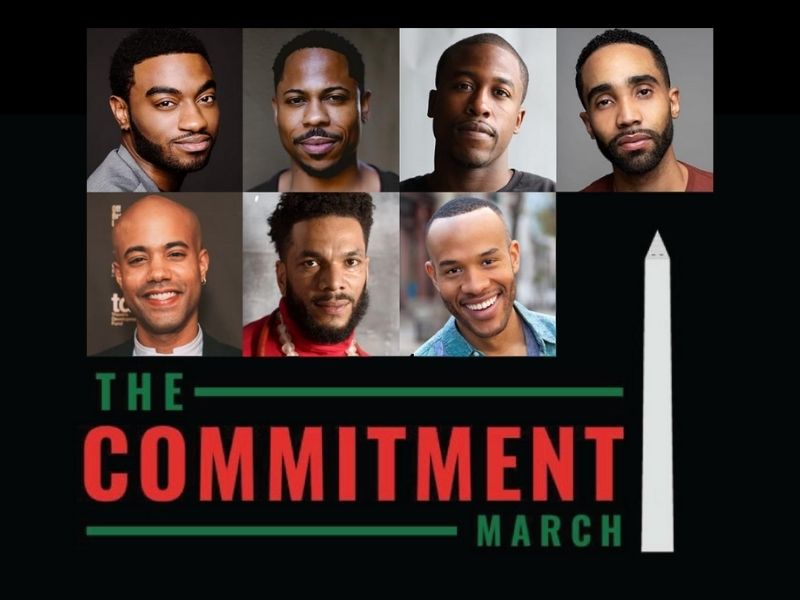 Jelani Alladin (last seen at Studio Theatre in Choir Boy): What does this March mean to me at this moment in America? This March, this moment, is of the highest of stakes: life or death! How many more lives will be taken at the hands of racism, bigotry, and inequality before we wake up and make LASTING CHANGE AND GUARANTEE EQUAL JUSTICE. We are in a moment when all that our ancestors have worked for is at risk of being erased. I will not just sit back and let their struggles, their assassinations, their murders, their injustices, be in vain. We are on the precipice of realizing the American promise, that every man is equal. I must show up, stand up, and do the work. We must pass the John Lewis Act, the George Floyd act, and VOTE BIDEN/ HARRIS, and mend the great divide of this nation. BLACK PEOPLE DESERVE TO LIVE. BLACK LIVES MATTER AND WE WILL MAKE AMERICA GREAT FOR THE VERY FIRST TIME. 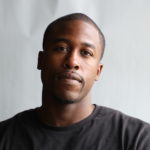 Jonathan Burke (Choir Boy): Standing in front of the Lincoln Memorial, in the same spot that my forefathers stood to witness Martin Luther King Jr.’s iconic “I Have a Dream” speech at the original March on Washington 57 years ago, was nothing short of amazing. I felt an extreme sense of pride, power, and gratitude in recognizing the lineage of those who came before me to myself. I also felt an extreme sense of sadness and pain that we still have to fight the same fight that they began so long ago. Looking around the passion expressed in that expanse, I felt a powerful sense of hope and determination for the future that our children and our children’s children won’t have to continue this fight.

Michael Rishawn (Wig Out!): What this March means to me at this moment in America is the fusion of when words must now turn into action. Human beings—Black, white, Asian, Latino, Native American, Pacfic Islanders, Indian—whatever hue you are, can no longer sit idly by in silence when there is a blatant war on Black skin happening in this country. It’s not something that can be ignored anymore because it is literally right in front of your face. The March happening at this time is allowing America to usher in a whole new way of being, a whole new way of existing. A prerequisite of that is change. Change is difficult. It’s painful, but it’s presence is already here. The longer you hold onto old ways of being and outdated structures not serving the greater collective of human beings, the more painful it will be for you. This march is the work of humankind. So be both. A human and kind.

Biko-Eisen Martin (No Sisters): Americans are realizing the unavoidable devastation of the pandemic and the uncontrollable violence against Black bodies are insatiable symptoms of a capitalist and racist system. Once more the tide gathers at the steps of the Capitol, to join the wave of people worldwide, essential yet disposable, to check the power of the few, demanding human rights, peace and justice.

Ro Boddie (Pipeline, No Sisters, Dirt): We are at a crossroads in America, and this March and all that it symbolizes is exactly what we need right now. The thousands upon thousands of people who were there and I hope people around the world felt the urgency and what’s on the line if we don’t vote. It’s crucial that we vote. Look, I love my people, but I hope we don’t have to march 57 years in the future singing “We Shall Overcome.” The Commitment March was about being committed to making sure that doesn’t happen.

Sean Carvajal (Between Riverside and Crazy): This March to me means hope. A great mentor of mine would always say that in times such as these, to be optimistic is to be revolutionary. Despite a global pandemic and a Category 4 Hurricane, thousands from all over the country came out to Washington, DC, to remind ourselves of a dream that Martin Luther King Jr. prophesied 57 years ago. The highlight of this trip for me was the HBCU’s March of Generations, organized and led by some extraordinary young people. We ended at the National Museum of African American History and Culture—we danced to Moechella and yelled to the heavens, “I love being Black!” Our ancestors would have been amazed to see this young generation celebrate and revel in their Black joy. Thank you, Yaddiya, for hosting and leading that—it gave me so much life and reminded me of the work ahead. BLACK LIVES MATTER.

Thanks to Studio’s Mike Fila for assistance with this story.