The celebration of Hispanic Heritage Month (as inaugurated by LBJ in 1968) continues in October with two more big events: a new album release by musician/composer Jaime Lozano; and a virtual all-star concert, for which Lozano serves as Music Director and Arranger, by an outstanding roster of Latinx theater artists. 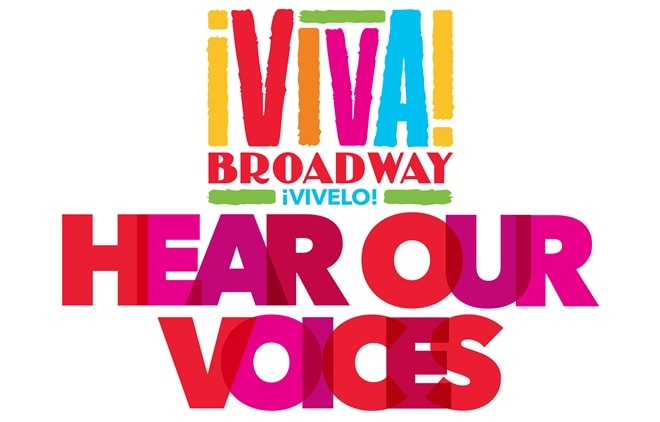 On October 1, Playbill and The Broadway League will present the digital premiere of ¡Viva Broadway! Hear Our Voices! – a tribute concert showcasing the vibrant talent and legacy of Latinx performers and milestones in theater, past and present, in an effort to continue to increase representation throughout the industry. Directed by Tony Award-winning director and choreographer Sergio Trujillo, written by actor and playwright Eric Ulloa, and hosted by Andréa Burns (In the Heights, On Your Feet!), the line-up includes such luminaries as Lucie Arnaz, Rubén Blades, Florencia Cuenca, Ariana DeBose, Raúl Esparza, Gloria Estefan, Mauricio Martinez, Lin-Manuel Miranda, Chita Rivera, Daphne Rubin-Vega, Jon Secada, and many more major Latinx stars of the stage and screen.

Lozano told me, “I have the honor that my song ‘Dreamer’ – with lyrics by Georgie Castilla – will be performed as part of this concert. On our soon-to-be-released album, the song is sung by my ‘hermano’ Mauricio Martínez (On Your Feet!), with special accompaniment by my dear friend Alex Lacamoire on piano, but for this big occasion we did a new arrangement. Joining Mau will be my wife Florencia Cuenca, Melissa Barrera (from the upcoming In The Heights film), Yvette Gonzalez-Nacer (Hadestown), Angélica Vale (Mexican telenovela star), and Ricky Rojas (Moulin Rouge), so I will be on cloud nine, with some of my favorite people doing this very personal song that I consider my own hymn.”

The livestream event will also include a reunion performance by members of the original cast of In the Heights (Karen Olivo, Andréa Burns, Janet Dacal, Robin De Jesús, Mandy Gonzalez, Olga Merediz, Carlos Gomez, Christopher Jackson, Eliseo Roman, Luis Salgado, and Seth Stewart), led by Anthony Ramos, who will star in the upcoming film adaptation; a look at the first Spanish-language production of A Chorus Line by Tony, Emmy, and Oscar nominee Antonio Banderas and his cast; a sneak peek at John Leguizamo’s latest work, Kiss My Aztec; and performances from the new Broadway-bound musicals Arrabal and Passing Through.

¡Viva Broadway! Hear Our Voices! streams on the Playbill website and YouTube channel, and on The Broadway League’s website, beginning on Thursday, October 1, at 8 pm ET, and will be available for viewing until 8 pm on Monday, October 5. For tickets to the VIP pre- and post-show virtual cocktail parties with members of the cast, sponsorship opportunities, donor recognition, and more, go online.  Proceeds will benefit Broadway Cares/Equity Fights AIDS, including the R.Evolución Latina initiative and Broadway Bridges.

The resonant lyrics, by Lozano’s writing partners on the album (David Davila, Jorge “Georgie” Castilla, Marina Pires, Mark-Eugene Garcia, Migguel Anggelo, Neena Beber, and Noemi de la Puente), tell the stories of such universal immigrant experiences as pursuing the American dream, learning a different language, and trying to make a new home while facing discrimination and missing the birthland. Altamira and Lozano provided the musical arrangements and orchestrations for the album, with vocal arrangements by Roke MD, and editing, mixing, and mastering by Cantú.

In addition to the powerful song list, the album package will feature original liner notes by Broadway superstar Lin-Manuel Miranda. “I was reading the liner notes,” Lozano said, “and I started crying when I saw these lines: ‘If you’re an immigrant in the United States, you have to work ten times as hard just to reach the ground floor . . . He’s done ten times the work . . .’ Lin knows how hard it is to get our stories out there, and these words, coming from someone I admire so much, have been an inspiration and mean a lot. The fact he took the time in his very busy life to write these important words for me make me feel that I might be on the right path, at the right moment, in the right place. But it’s not about myself, it’s about being together, a ‘Familia.’ That’s the only way we make things happen.”

For Jaime, the most significant thing about this month’s concert event and album release is “definitely having the chance to collaborate with so many amazing people that I love and admire. I have learned a lot from every single collaboration and I can’t believe that this is happening. It’s a labor of love, and it’s happening thanks to all of these outstanding artists sharing their talents, voices, and mainly their hearts with me. I feel so honored because of that, and eternally grateful. We are stronger together. And as the concert’s name says, you are gonna ‘hear our voices’ in these ‘songs by an immigrant.’ They are stories that need and deserve to be heard.” 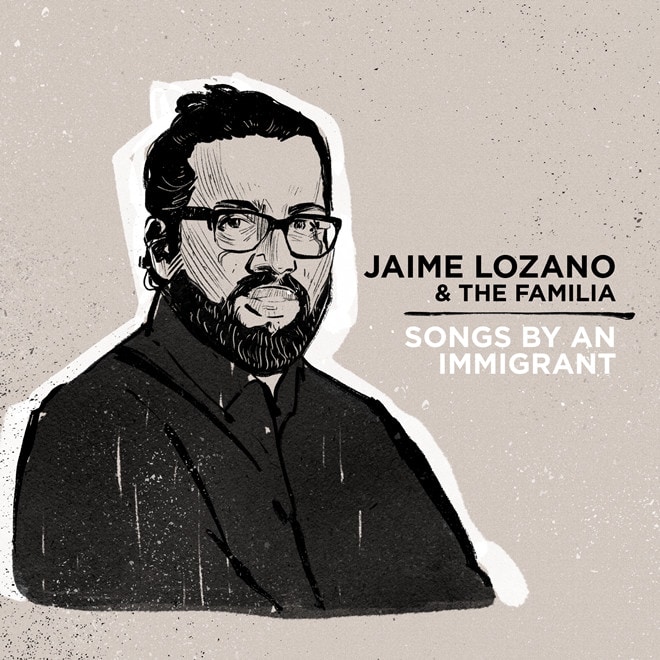 Jaime Lozano & The Familia: Songs by an Immigrant will be available on Friday, October 2, from Broadway Records and across all popular streaming platforms. As with ¡Viva Broadway!, a portion of proceeds from the sales will benefit R.Evolución Latina – an organization that activates individual and collective human growth through artistic experiences for transformation and social change.