This month, Off-Broadway’s Red Bull Theater – dedicated to bringing new life and a modern sensibility to classic plays for current audiences – will investigate Shakespeare’s Othello in a multi-part initiative beginning on Monday, October 5. Programming for Othello 2020 includes educational conversations and seminars with theater artists and scholars, along with readings of two recent plays, to understand more about the intersection of race and classical theater, and to consider what meaning Othello holds for us in today’s world.

Running from October 5-28, the online offerings will include an informal reading of Keith Hamilton Cobb’s American Moor, produced by Red Bull at the Cherry Lane Theatre in the fall of 2019; a premiere reading of Anchuli Felicia King’s new play Keene, about the first known African-American actor to perform the role of Othello; a “RemarkaBull Podversation” Exploring Iago with Patrick Page, focused on the character’s rancorous “I hate the Moor” soliloquy from Act I of the Bard’s tragedy; and a multi-part “Salon Seminar Series,” Exploring Othello in 2020, which will bring together a group of BIPOC theater artists for readings and discussions with Ayanna Thompson, a respected Shakespeare scholar. In addition to Page and Thompson, the virtual programs will feature Franchelle Stewart Dorn, Jennifer Ikeda, Harry Lennix, Madeline Sayet, and Jessika D. Williams, as well as scholars David Sterling Brown and Erika Lin. 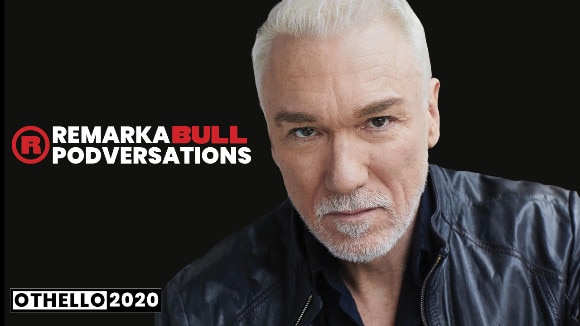 First up, at 7:30 pm on October 5, is acclaimed Shakespearean actor, multi-award winner, and Tony Award-nominee Patrick Page. Most recently seen on Broadway in Hadestown, Page is an Associate Artist at both The Shakespeare Theatre of DC and The Old Globe Theatre in San Diego, where his roles have included Iago, Macbeth, Claudius, Coriolanus, Prospero, and Malvolio, among others. He will join host Nathan Winkelstein, Red Bull’s Associate Artistic Director, for a conversation about Iago’s revealing monologue, read passages from Othello, discuss his approach to the text and character, and answer questions by viewers (submitted in advance of the streaming).

The next two Mondays (October 12 and 19, at 7:30 pm EDT) will offer benefit readings of current plays inspired by Othello. In American Moor, actor and playwright Keith Hamilton Cobb (streaming from his own home) takes viewers into the audition room for a behind-the-scenes look at the experience and perspective of an African-American actor responding to the demands of a white director (read remotely by Josh Tyson), who presumes to understand Shakespeare’s iconic Black character better than he does. 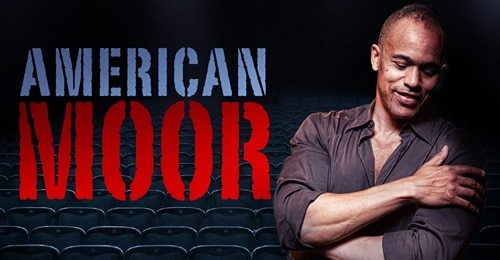 The following week sees the premiere of Keene by multi-disciplinary artist and writer Anchuli Felicia King, directed by Ethan McSweeny and presented in association with American Shakespeare Center. Described as a playful riff on “early-career academia, Shakespeare’s Othello, and the power of American pop,” the new work is “a heartfelt ode to always being the second-class genius of color.” Recordings of the livestreams will be available until 7 pm EDT on Friday, October 16, and Friday, October 23, respectively. Both plays will also be the subject of a follow-up “Bull Session” (held on Thursday, October 15 and 22, at 7:30 pm) – a post-performance interactive online discussion with some of the artists involved and top scholars in the field; registrants will receive a link to participate.

To further expand the conversation, a “Salon Seminar Series” on Exploring Othello in 2020 will be held over the course of four Wednesdays (October 7, 14, 21, and 28, at 2 pm EDT). The virtual gatherings will provide an opportunity for the entire community to examine Othello with Ayanna Thompson (Director of the Arizona Center for Medieval and Renaissance Studies and Professor of English at Arizona State University), together with the voices of BIPOC theater artists, reading selections from Shakespeare’s play, discussing its intersections with our present time, and reaffirming the universality of its ever-timely human themes. 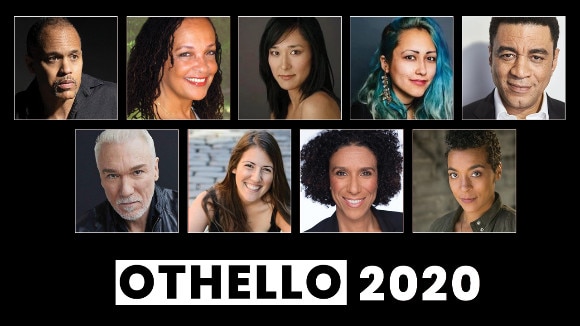 Exploring Iago with Patrick Page livestreams on Red Bull Theater’s Facebook page and YouTube channel, on Monday, October 5, 7:30 pm. All of the Othello 2020 offerings are free, but advance reservations are recommended and tax-deductible donations are encouraged to support the company. For more information about the full schedule of programs in the series and to register for tickets, go online.