What happens when NYC theaters remain closed to protect artists and audiences from the spread of the coronavirus? Innovative solo performers take their acts outdoors, for live pop-up events with limited viewers and strict safety protocol.

This month, a number of intimate one-person shows, presented for audiences of fourteen or less, are being staged in open-air locations around Manhattan and Brooklyn, using the LiveTour App. By downloading the app in advance, ticket buyers, who are required to have a smart phone with headphones or earbuds, will be able to hear the performer clearly, while being able to maintain a safe social distance. 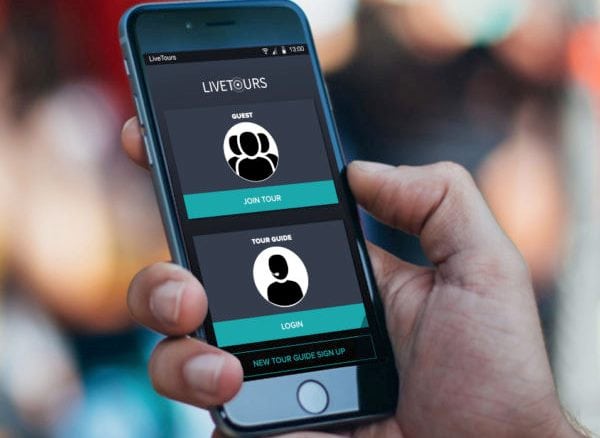 Among the October offerings are:

What Happens to Boys in Chelsea – Writer/performer Ryan F. Casey, whose university training focused on physical theater, takes us from 2006, to 2016, to the present moment in 2020, in a coming-out story that examines privilege in America. At the age of eighteen, his character Foster Lawrence fell from a fifth-floor window, but doesn’t know how; a decade later, he tries to navigate through the NYC locale and the NYPD to find out what happened. The show, running approximately 60 minutes, is currently scheduled for one performance on Saturday, October 3, at 4 pm, at a location in Park Slope, Brooklyn. A portion of the proceeds from ticket sales will benefit Lavender Rights Project.

Molly “Equality” Dykeman: All by Myself – Cult favorite Molly “Equality” Dykeman is a lady-loving, nacho-eating, toilet paper-hoarding security guard at PS 339 in the Bronx by day, and a seducer of women across all five borough by night. In a new show written and performed by her alter-ego Andrea Alton, the wacky unapologetic “train wreck” is taking it to the streets after spending the first three months of quarantine writing her best poems ever, and the next three trying to figure out Zoom and how to steal wifi.  A hit at theater festivals and comedy clubs, she’ll be performing in Park Slope, Brooklyn, on Saturday, October 3 and 10, at 4pm.

Bette Davis Ain’t for Sissies – Jessica Sherr’s internationally acclaimed solo show brings Hollywood legend Bette Davis to life, as the 31-year-old star battles sexism, the male-dominated studio system, and a loss at the 1939 Oscars, in her fight for prime roles and equal pay. Directed by Karen Carpenter, the work premiered at the New York International Fringe Festival in 2008, and has since played to sold-out five-star runs in the Edinburgh Fringe Festival, London, and throughout the US. You can see the 70-minute hit on the Upper West Side on Sunday, October 4, 11, and 18, at 4 pm EDT, and October 25, at 3 pm. It has also been announced that the show will be performed live on Stellar November 19–December 17, Thursdays at 7:30pm. Tickets are $19.50 each, available at www.bettedavisaintforsissies.com.

Made for Each Other – In a funny, romantic, and sensitive gay-marriage dramedy, written by Monica Bauer and directed by John D. FitzGibbon, John Fico enacts the story of Jerry and Vincent – two men who are deeply in love, but have kept secrets of their unresolved pasts that could end their wedding plans and land Vincent in an Alzheimer’s ward like his mother. With a running time of approximately 60 minutes, this engaging show about love, sex, and memory has been a hit from London to LA since 2010, including an open run at NYC’s legendary Stage Left Theatre, Tucson’s Invisible Theatre, and two years at The Edinburgh Festival Fringe. It plays Sunday, October 4, 11, and 18, at 4pm, at a site in Park Slope, Brooklyn.

Random Acts – Obie winner Renata Hinrichs’ uplifting story of kindness, acceptance, and the breaking down of racial stereotypes is set in the 1960s, at the height of the Civil Rights movement, but is equally timely today. In a heartwarming performance, Hinrichs (a founding member of Big Danace Theater and a current member of FAB Women of the Barrow Group) proves that one act of goodwill can ripple even further than a scared five-year-old white girl in a south-side Chicago church, on the dividing line between black and white neighborhoods, could have ever imagined. The 75-minute performance plays Sunday, October 4, 18, and 25, at 4pm in Chelsea, and on October 10, on Manhattan’s Upper West Side.

The exact meet-up location and instructions for all shows will be emailed to ticket buyers in advance of each performance. Audience members are encouraged to bring their own pillow, blanket, or folding chair for seating and to wear comfortable shoes for walking. Face masks must be worn at all times, and there will be no eating or drinking permitted during the course of the event. In the event of rain, refunds will be issued. Tickets, priced at $20 each, are available online.