The Breath Project—a new theatrical initiative formed in response to racial injustice against Black people—will stream as a free virtual festival October 24 and 25, 2020.

In partnership with Studio Theatre and 23 other companies across the country, the festival will feature 24 world premiere works created by multidisciplinary theater artists of color that are each 8 minutes and 46 seconds in length. In the wake of the murder of George Floyd, 8 minutes and 46 seconds has symbolized the racial injustice faced by countless Black people across the United States. 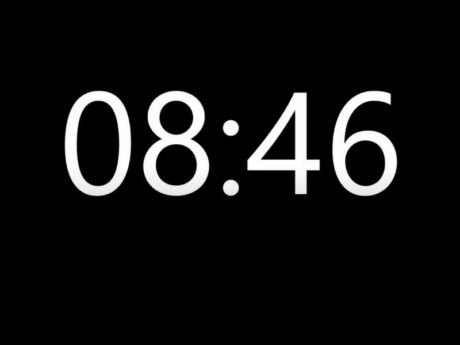 “We received many inspiring submissions from around the country to be housed in our archive, and a third of those will be featured at the virtual festival,” said Chasten. “The range of works we received was vast, and included more traditional theatrical presentations and those that challenged the idea of what is theater in this moment of isolation. It is my hope that when people visit our website, attend the virtual festival, or follow and support our vision, they will have their boundaries pushed and their ideas challenged, and that, in the process, we change the face of American theater.”

Said Studio’s Associate Artistic Director Reginald L. Douglas: “All of us at Studio are thrilled to have participated in The Breath Project by spreading the call for submissions to the DMV’s vibrant arts community and helping to curate the final line-up. This exciting, artist-led initiative celebrates the power of art to reflect the world back to us in poignant, powerful ways and is a reflection our organization’s deep commitment to thoughtful community engagement. We can’t wait to share the festival with our audiences.”

Following a call for entries in August 2020, more than 65 original works—ranging from monologues and slam poetry to puppetry and dance activism—were submitted. From those entries, a diverse panel of artists of color selected the 24 works that will comprise the inaugural festival. All works that have met the required submission guidelines will be archived on The Breath Project website.

The 24 selected works (in alphabetical order) are:

The Breath Project seeks to build a more equitable theater community in the country and to actively dismantle structural racism in the American theater through a three-pronged mission: Art, Action, and Advocacy.

For more information on The Breath Project, visit thebreathproject2020.com.

ABOUT MARIEKE GABOURY
Co-Founder, The Breath Project
As a Theatre Specialist for the City of Palo Alto, Marieke is delighted to be a part of the team that supports performing arts programs for youth in the Bay Area. A California native who has happily returned home, Marieke spent some years in New Orleans, where she was the Manager of Institutional Development for the New Orleans Ballet Association, as well as Managing Director of Southern Rep, one of the only professional theatre companies in Louisiana. Her move to New Orleans followed 13 years in New York City, where she was Producing Director of LAByrinth Theater Company, the member-driven Off-Broadway collective which developed and produced new work by both emerging and distinguished, award-winning theatre artists. Marieke is still a member of LAB.

ABOUT STUDIO THEATRE
Studio Theatre is Washington’s premier venue for contemporary theatre, “where local audiences will find today’s edgiest playwrights” (Variety). One of the most respected midsized theatres in the country, Studio produces exceptional contemporary drama in deliberately intimate spaces. Drawing inspiration from great ensembles—where people work together with a spirit of generosity and professional rigor—Studio brings characteristic thoughtfulness and daring to its work onstage and off, through its new work incubator and engagement, education, and workforce training initiatives. Studio serves nearly 75,000 people each year, including more than 1,000 youth and young adults through community engagement initiatives. Founded in 1978, the quality of Studio’s work has been recognized by sustained community support, as well as 70 Helen Hayes Awards for excellence in professional theatre.