Among the must-see digital offerings to take us into November are a serial podcast send-up of the soap-opera antics that go on with a Broadway musical-in-the-making, and a lesser-known drama by one of America’s foremost playwrights of 20th-century American realism. Both the comedy and the tragedy are by companies with a track record of online excellence in these pandemic times of virtual programming. 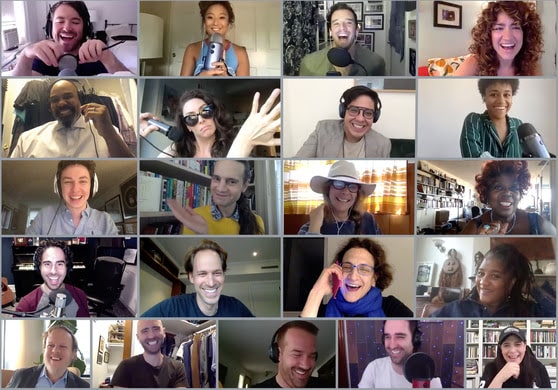 As the Curtain Rises – An original all-star audio soap-opera parody from Broadway Podcast Network takes listeners behind the scenes for a laugh at the drama that goes on with the movers and shakers in the making of a premiere Broadway musical. Written by Dori Berinstein (The Prom, Legally Blonde, and CEO of Broadway Podcast Network,) and Mark Peikert (former Editor-in-Chief of Playbill), and presented with BPN’s signature high-tech quality, the hilarious digital series follows the genesis of a top-secret show-in-the-works after the news of it is leaked by a social-media gossipmonger. 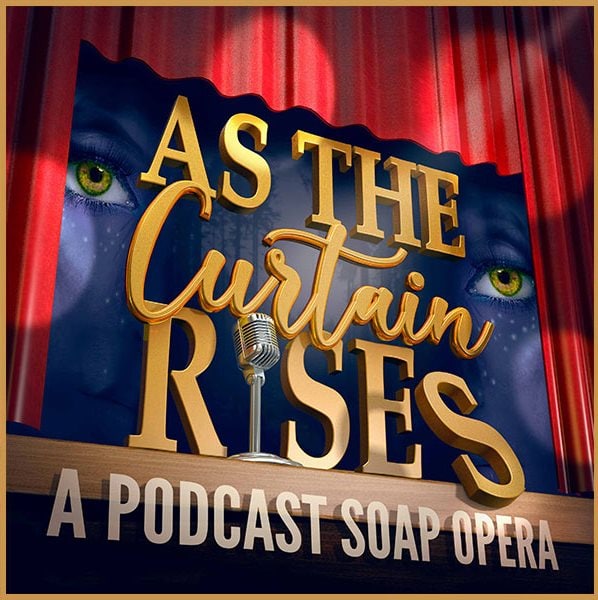 Created and recorded entirely in quarantine, As the Curtain Rises is directed by Berinstein, with editing and sound design by Bart Fasbender, music by Matthew Sklar, sound engineering by Alan Seales, and “banshee wrangling” by theatrical animal trainer Bill Berloni. Episodes I and II are live now; the next two segments will be released on consecutive Thursdays, with more to follow in the upcoming weeks. To listen, go online. The podcast is free, but donations are welcome to support The Actors Fund and the BPN Frontline Worker Initiative. 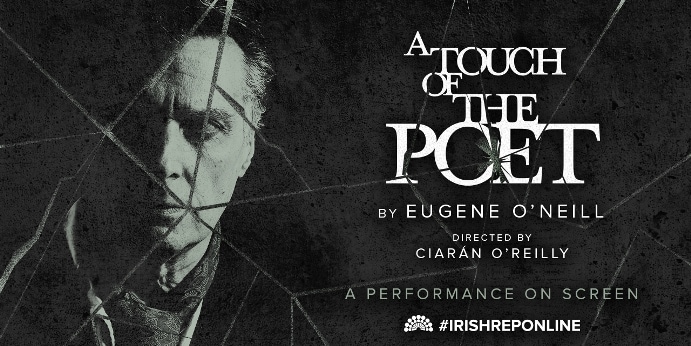 A Touch of the Poet – Off-Broadway’s Irish Repertory Theatre has been in the forefront of artistically-designed virtual productions since the pandemic closure of live theater, in the belief that “the show must go online.” This week, the company returns with a digital presentation of one of Eugene O’Neill’s infrequently seen plays, which was planned for its spring 2020 schedule, but was postponed due to COVID-19. Written by the Nobel Prize winner in 1942, and intended as part of a play cycle that was never completed, the show did not make its Broadway debut until 1958, five years after O’Neill’s death.

Set near Boston in 1828, the explosive heartrending tale tells the story of Irish immigrant and debt-laden tavern owner Con Melody, who clings to his past as a hero of the 1809 Battle of Talavera in the Napoleonic Wars, for which he was praised by no one less than the future Duke of Wellington. Prone to putting on airs about his status, he celebrates the anniversary of that proud day in his old uniform, bragging and drinking to excess, until his feisty daughter Mary becomes entwined with a wealthy American guest at their inn and he is forced to face the socio-economic reality of their humble Irish roots and place in the class-conscious country, through a sequence of violent self-defeating reckonings.

Robert Cuccioli – who consistently proves to be one of the finest actors of the New York stage – leads a compelling cast (featuring Belle Aykroyd, Ciarán Byrne, Kate Forbes, Mary McCann, Andy Murray, David O’Hara, Tim Ruddy, David Sitler, and John C. Vennema), under the incisive direction of Ciarán O’Reilly and dialect coaching by Amanda Quaid. The remote performances, filmed in isolation, are enhanced by period-style costumes by Alejo Vietti (sent to their individual locations), original music by Ryan Rumery, lighting by Michael Gottlieb, sound design and mix by M. Florian Staab, a digital backdrop scenic design by Charlie Corcoran (over which the actors are superimposed), and video editing by Sarah Nichols.

A Touch of the Poet runs two hours and 40 minutes. Reservations are free but required to access this powerful digital event. A donation of $25 per viewer is suggested for those who can afford to give.

Up next from Mint Theater Company