Just when American politics could not seem more fraught, IN Series is offering a cheeky throwback to a shockingly simpler time: a made-for-film production of Melissa Dunphy’s The Gonzales Cantata. This CNN-styled docu-opera builds on the dramatic texts of the 2007 Senate Judiciary Committee Hearings leading up to the resignation of Attorney General Alberto Gonzales. With the genders of the characters reversed from their real-life inspirations, the work pulls no punches in protest to male domination of politics, heavy-handed partisanship, and corruption of “the American Dream.” 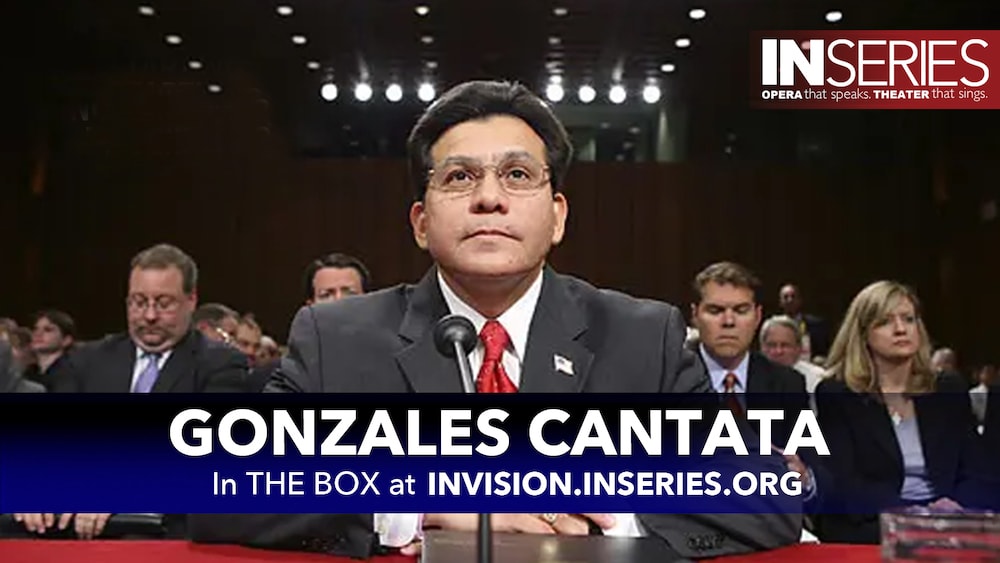 Director Corinne Hayes speaks to the timeliness of this nostalgic work: “Striking parallels connect Gonzales to his most recent counterpart: today, we see a Justice Department so in step with the President as to be indistinguishable from personal counsel — cracks left in the foundation of the department by Gonzales’s partisan politicking have been exploited and conspicuously widened by the current administration. How then do we put Gonzales the man into dialogue with Gonzales the institution? In a way, this chasm between intention and action brings us full circle in our search for the American Dream — what virtue is there in the pursuit of happiness when both life and liberty are under siege?” IN Series’s brand-new production of The Gonzales Cantata confronts these questions, as relevant today as they were thirteen years ago, in a style that is equally serious and comical, sympathetic and critical.”

This new INVISION production features the premiere of a unique organ transcription by the composer as well as a special collaboration with the Capital City Symphony.

THE GONZALES CANTATA
A Satirical Oratorio in the Style of George Frideric Handel, Composed by Melissa Dunphy
Text from the 2005 Senatorial Hearings on Attorney General Alberto Gonzales
Directed for film by Corinne Hayes 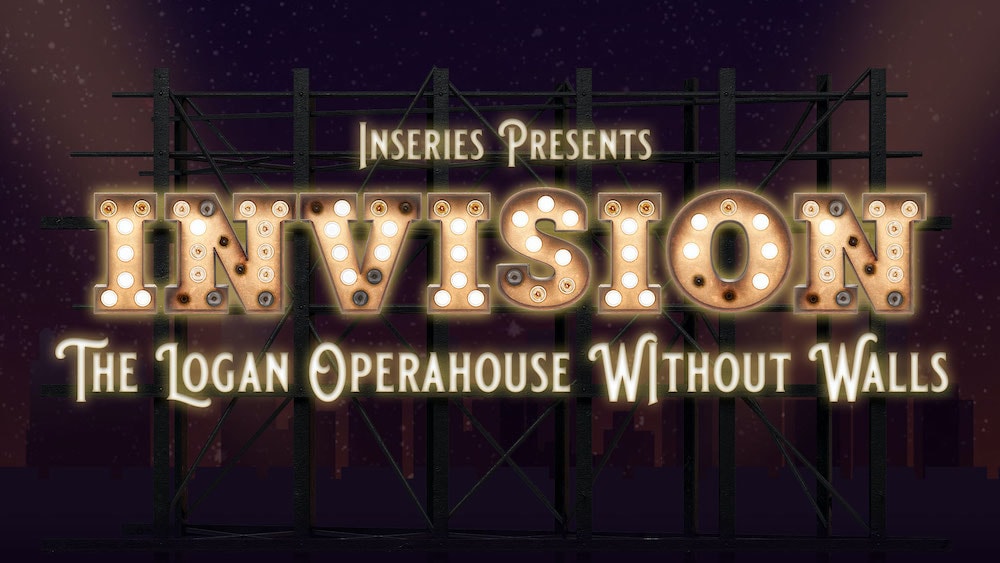 IN Series is the standard-bearer for innovative opera theater in Washington, DC. We make theater from music: transforming artists, audiences, and community by disrupting expectations, nourishing empathy, stimulating insight, and deepening the conversation. IN Series envisions a thriving global community in which opera is a fully integrated and essential part of collective conversation. In picturing the journey to this end, IN Series is a change-maker – a force that, with each groundbreaking production and outreach event, radically transforms perceptions of the “who”, “what”, “where”, and “why” of opera: who gets to make opera and for whom is it made; what is defined as an operatic experience; where operas take place; why we make opera; and why opera matters.

Founded by Carla Hübner in 1982 as a concert series of the former Mount Vernon College, “The In Series” became an independent non-profit arts organization in 2000 and has been a resident company at Source Theater since 2008. Timothy Nelson assumed artistic directorship in 2018, quickly establishing the newly rebranded “IN Series” as DC’s home for “Thought, debate, history, and innovation” (DC Metro Theatre Arts) in opera.