On Friday, October 23, two-time Tony Award-winner Maury Yeston (Titanic; Nine) celebrated his 75th birthday with PS Classics’ release of his new album, Maury Sings Yeston: The Demos, on digital and streaming platforms. On Friday, December 11, a two-CD set will be released in stores and online, containing 40 tracks of the artist singing and playing the first drafts of a selection of songs he created and professionally recorded in studios over the forty years of his illustrious career. Produced by Bart Migal, the physical release will include a 29-page booklet with complete lyrics, historical photos, and detailed liner notes.

Not only have his compositions been heard on Broadway, but also in the media of film, ballet, concept album, symphonic and chamber concerts, and in the high-spirited revue Anything Can Happen In The Theater: The Musical World of Maury Yeston – a musical showcase of his work, conceived and directed by Gerard Alessandrini, which opened to acclaim at Off-Broadway’s York Theater in 2019, and is scheduled for an engagement at London’s Charing Cross Theatre in 2021.

In addition, Yeston is an educator and author of scholarly books and articles on music theory, with a PhD from Yale University, where he taught and directed the program of Undergraduate Studies in Music. He also attended Clare College at Cambridge University in England on a Mellon Fellowship, where he continued his post-graduate studies in musicology and composition. Along with serving as Director of the BMI Music Theatre Advanced Workshop in NYC for 25 years, Yeston is a lifetime member of the Council of the Dramatists Guild, and served on the Board of the Songwriters Hall of Fame, The Kleban Foundation, and The Kurt Weill Foundation, and on the editorial board of Musical Quarterly and the advisory board of the Yale University Press Broadway Series.

Maury took a break from his avid composing for an ebullient conversation with me about his new double album and some favorite memories from his long and illustrious career in music.

What did you enjoy most about putting these four decades of demos together for public release?

It wasn’t so much for enjoyment, but for my work process and product. I’ve been writing music since I was six, and when my mother took me to see My Fair Lady at the age of ten, I got hooked on Broadway. Later, when I joined the BMI workshop after my time at Cambridge, and also when I was doing my PhD at Yale, I found it helpful to record myself on my four-track tape recorder so I could multi-track myself, since I write in a choral style (a friend of mine called me the Maury Tabernacle Choir!) – or I would go into a studio to make a demo – and then listen to it and hear my compositions the way an audience would. So these are my private personal sound files, which Tommy Krasker (co-founder of the PS Classics label) had heard since I was his professor at Yale and I would play the songs for my students after class. Tommy also began his career with me as the rehearsal pianist on Nine, and we made other albums together for his label, so he remembered the songs, and said that he would love to do an album of my demos. I’ve had a long and happy career, so we did it!

As you reflect on your career from the perspective of your 75th birthday, is there one moment that stands out as a singular highlight?

That’s a tough question. I can talk about moments, and different types of experiences. The last thing I expected at the age of ten was that I would fall in love with the theater. But when I went with my mother to My Fair Lady, and saw the 20-year-old Julie Andrews – oh, that was a great moment! And then later seeing Robert Morse in How to Succeed in Business Without Really Trying, that’s the magic of theater that I fell in love with; it’s a magic box of creating the illusion on stage.

When we were doing Nine, Tommy Tune said the European locale is in the music, we didn’t need a set, so we went with a minimal design. The location is the music itself and 50% of the story’s content. That’s how it is with classical composers; Franz Schubert paints everything with the piano. With the musical accompaniment in a show, the sound puts you there, it complements the lyrics, and you can hear that in this album. Those riveting moments were life-changing for me.

I wrote Nine because I fell in love with the Fellini film 8 ½ in high school. In the ‘60s, foreign films were a fascination, and it’s still one of my favorites. I think I identified with it because it’s about a mid-life crisis, which is a sort of second adolescence, and since I was an adolescent when it came out, I could relate to it. I wrote it as BMI classwork, I didn’t have the rights and never expected it to go anywhere. I based my work on what inspired me – and it ultimately got to the stage!

Others highlights were the people I met. I played a song for Alan Jay Lerner after I was introduced to him and he gave me pointers – that was a thrill, as you can imagine! He told me I could come to his office anytime I’d like him to listen to my songs.

Is there a song or show that best expresses not only your musical style, but also who you are as a person?

I don’t think so. When you think about who you are, it’s about personality. I discovered that when I was very young. My grandfather was a cantor in a synagogue, and my father was from London, and we would sing music hall songs together and he taught me to play the ukulele. I started piano at five; at about ten I wanted to write popular music – Broadway, radio hits, and jazz – and I started playing club dates around fifteen. I was always writing music and making up words, whether it was a tone poem or a sonata or a chamber orchestra piece. That’s the one thing that’s been consistent and unchanging – a fountain of music. I made the decision at Cambridge that I wanted to create a melody for theater that would last, so I guess my innermost person loves a melody that tells you a story. It’s probably what keeps me young!

The album contains never-before-released songs and others that are presently in the works. Do you have any plans you can tell us about for bringing any of them to the stage?

There are songs from Nine and Titanic and other musicals on the demos album that made it to the stage, and there are some that didn’t. In the early 1980s, I wrote six songs for The Queen of Basin Street, which is set in New Orleans. I took a year off from teaching at Yale to do it, with Tommy Tune, but the show wasn’t produced. So we said, okay, let’s do Nine. That got on, and it won the Tony! It might not have happened if it weren’t for Basin Street not making it to the stage. I also had a request from Placido Domingo to create a concept album about the Spanish artist Francisco Goya, which I did.

Right now I’m working on Club Moscow, my musical portrayal of the fall of the Soviet Union. Every show creates its own world: Nine, Italy; Goya, Spain; Titanic, England; Basin Street, New Orleans. I look back at my career and see that I rarely repeat myself, I travel to various musical locales. That’s one of the things that fascinates me about my own work, because writing takes me everywhere.

What do you hope listeners take away from the recordings?

When you listen, you hear not only the piece, but also the process. The original demo and the shape the song took and how it ended up in its final form can be very different. For example, in Titanic, the questions I wanted to ask were why did the ship sink (it was cloudy, there was little visibility, and it was going too fast) and why didn’t the SOS team respond until it was too late (they went to bed, as workers did in the days before the Titanic sank). I thought that the Stoker (played by Brian d’Arcy James) would have been aware of all that as he was shoveling coal, so I decided that I wanted to write a song for him. I also wanted to reference the fact that after the sinking, the US created a Senate Investigation Committee and the equivalent was done in London. I thought it would be great to hear the sound of the gavel on the sound system, while calling him as a witness to testify – so even though the Stoker was shoveling aboard before the ship sank, we would go forward in time to after the sinking and the subsequent investigation. But when we did the show, we ended up doing it as a straight narrative. Peter Stone (who wrote the book for the musical) never wanted to cut the inquiries, but you can still hear that original version in the demo.

Also, in one of the scenes there are wealthy people at dinner and I wanted to create a song that revealed what they were talking about, but the function of the scene was to get the Captain to make the ship go faster, to break the speed record, so that song didn’t make it into the show either – but we have the demo. It’s interesting to look into the earlier versions and it’s helpful for writers to know that sometimes you have to make changes, so don’t give up; persist. I think these demos demonstrate the value of persistence; I guess that’s the teacher in me! 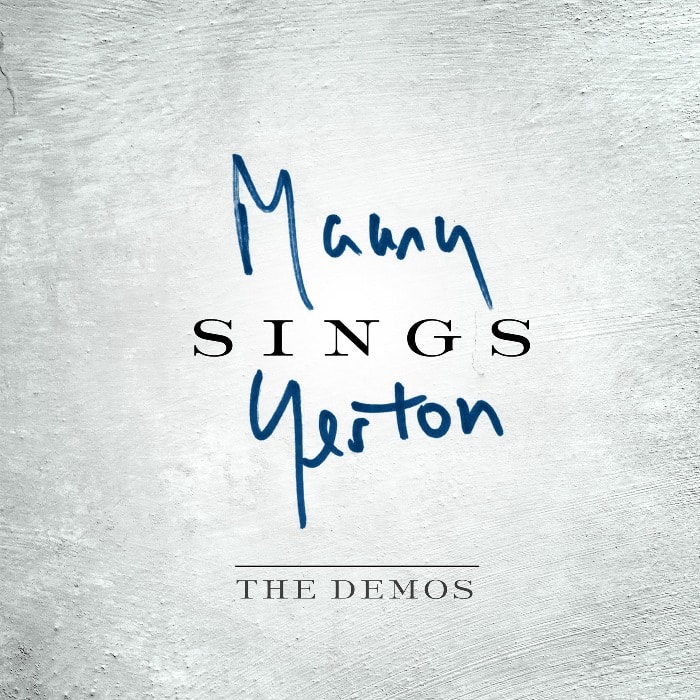 Many thanks, Maury, for sharing your songs and reminiscences. On behalf of your fans everywhere, I wish you a very happy belated birthday and many, many more!