As part of their Stars in the House online series of “Plays in the House,” featuring live readings of classic and award-winning plays until Broadway re-opens, co-hosts Seth Rudetsky and James Wesley will present an all-star performance of George Bernard Shaw’s little-known and rarely-seen comedy of manners Man & Superman on Monday, November 16, at 8pm. The selection represents the sixth partnership of Stars in the House with Off-Broadway’s Gingold Theatrical Group, the first company ever to have presented all of Shaw’s 65 plays, including full-length works, one-acts, and sketches, over the course of its fifteen-year history. 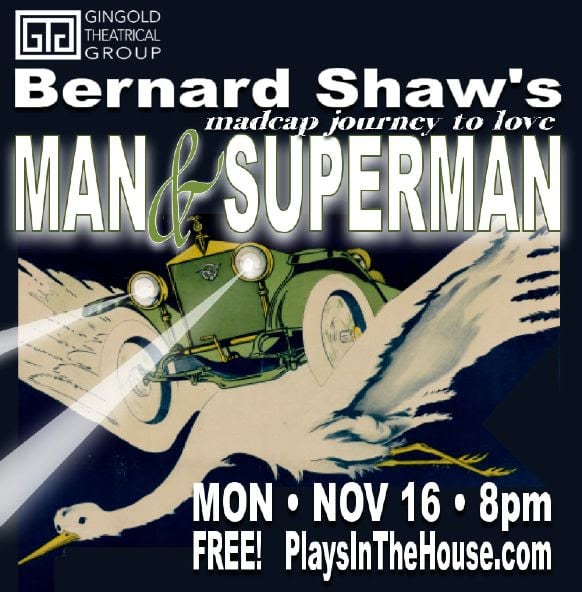 Adapted and directed by GTG’s Founding Artistic Director David Staller (as were the five preceding presentations of Caesar & Cleopatra, Candida, Misalliance, Arms and the Man, and Mrs. Warren’s Profession), the four-act play was written in 1903, as a contemporary response to the legendary theme of the fictional European libertine Don Juan (popularized by Tirso de Molina’s tragic drama El burlador de Sevilla of 1630, and Mozart’s 1787 opera Don Giovanni). Staller, widely recognized as a leading Shaw expert, has condensed the complete script, including the iconic “Don Juan in Hell” dream sequence and philosophical debate (which is often omitted, or presented as a separate play), to a rich two and a half hours, while retaining the inherent socio-political ideals, satirical humor, and humanitarian values that Shaw championed in his meaningful work. 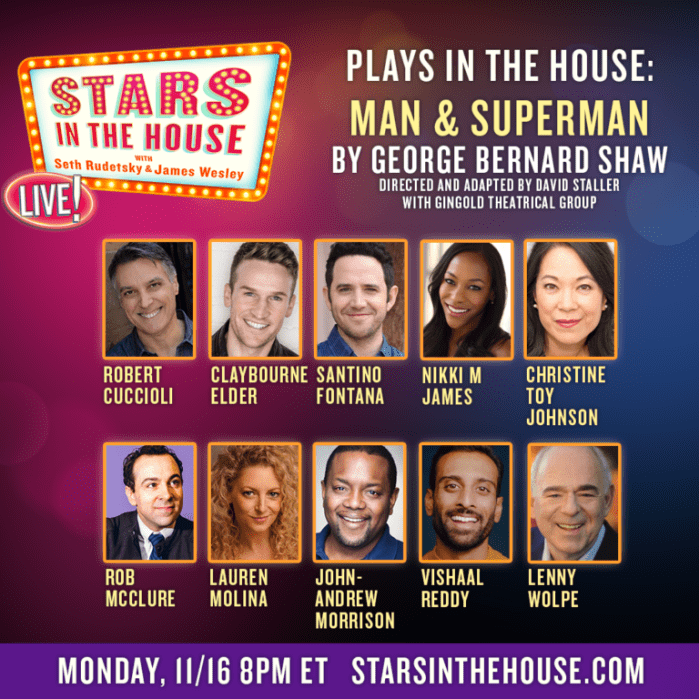 The performance is free, but donations are welcome to benefit The Actors’ Fund. Since the first show of Stars in the House premiered on March 16 (just four days after the pandemic shutdown of theaters began), the daily series has raised more than $570,000, to help provide services for those most vulnerable to the effects of COVID-19. Following its initial live broadcast on November 16, Man & Superman will remain online for another four days. To view, visit the Stars in the House website or YouTube channel.