These days, in lieu of live scripted comedy, I’ve learned to feel lucky whenever I find online theater that gets me LOLing all alone. To be honest, that happens rarely, and never all the way through. A lot of what’s funny on stage falls flat on screen anyway, but the absence of other audience members induces a quietude that can be fine for seriously thought-provoking fare yet fatal for, say, farce. If I want onscreen funny I look to TV sitcoms and movie comedies. But hilarity in solitary on Zoom? Not likely.

Or so I thought until I stumbled upon This Zoom Life.

Nothing else I’ve seen created with Zoom during COVID comes close to the comic achievement in this five-episode web series about millennials and their socially distanced dilemmas. Its wit and absurd verisimilitude are an utter delight.

This Zoom Life was created by Peruvian comedian Erick Acuña in a partnership with Washington Improv Theater (WIT), which is promoting it. (Acuña’s one-person comedy Acuña Acuna had a memorably sold-out run at the 2019 Capital Fringe, where it was awarded Best Solo Performance and Best of Fringe.)

The main character is Jamie, whom we first meet groggily trying to get out of bed as his friend Erick pops in on Zoom to talk up all the Type-A things he’s already got done. Jamie is silently chagrinned. He can muster no such vigor. With his asymmetric shock of unruly curly hair, James Jelin as Jamie portrays perfectly that relatable malaise when feeling overwhelmed and unproductive.

“It’s hard to have goals during a pandemic,” Jamie says at one point—a line that in context sounds both pitiful and hilarious in the manner of classic Chekhov.

The Zoom screen in This Zoom Life is peopled episodically by an assortment of Jamie’s friends from college, his sister (who teaches back-to-back Zoom classes), his therapist, his boss, his fellow work-from-homers, and Marissa, whom he’d very much like to date. Jamie’s infatuation with Marissa (in a lovely performance by Sophie de Bruijn) and her interest in him provide the main plot line of the series, but along the way ridiculousness ensues—all true to life as it has to be lived now. Early on Jamie innocently shares the password to his work Zoom account with his sister and several friends, which sets in motion a hilarious sequence of Zoom-bomb drop-ins.

Most of the series plays out in Zoom verité, engagingly and disarmingly. There are a few cinematic cutaways that create scene changes or amplify the story, but the series has clearly been written and directed with a quickwitted command of the Zoom medium. Moreover, the cast—all adept improvisers affiliated with WIT—is excellent.

Much of the charm of This Zoom Life is in discovery of its jokey twists, so I won’t give too much away. Suffice it to say, some bits are so brilliantly meta I had to pause playback so I could laugh awhile.

The gag that slayed me most happened during Jamie’s work meeting with his boss and coworkers on Zoom. The meeting dialogue was funny enough in itself, but off in a box in a corner there was someone named Seth on his shaky smartphone trying futilely to call in, never connecting and so never seen by the others. If this were happening on stage, Seth would be stealing the scene. But in the context of this Zoom meeting, his anxious antics become a comically desperate modern metaphor for FOMO.

There are also aspects of the writing that had me gasping with awe. At one point, for instance, Jamie has accidentally double-booked a Zoom session with his therapist Dr. Wall and a Zoom performance review with his boss Sam, so Jamie tries awkwardly to toggle between the two. Meanwhile Sam is distracted by an offscreen toddler taking a poop.

When dramatic literature pulls off such artful juxtaposition of a character’s truth telling and lying, we say we are seeing timeless and all-too-human complexity. In This Zoom Life we also get a fresh look at the contemporary human comedy in closeup.

This Zoom Life zeroes in on the zeitgeist with so many zingers and such zest that when I came to the end I could not help but want more. Happily I can report that Erick Acuña and company are working on new episodes for release in the spring.

This Zoom Life is now playing on YouTube in five episodes, each about seven minutes long. 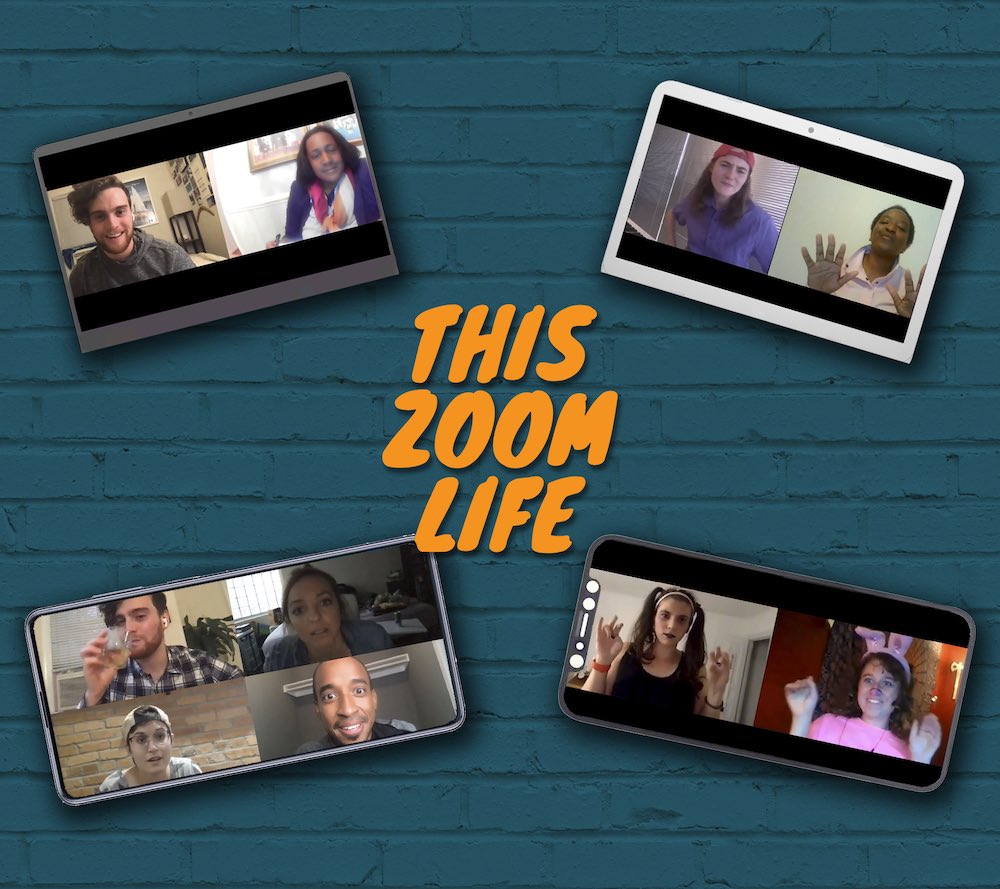