On Thursday, December 3, in partnership with NYU’s Tisch School for the Arts, the NYC Mayor’s Office, and the United Nations, Heidi Latsky Dance (HLD) will present its fifth annual performance of On Display Global (ODG) – a worldwide initiative honoring the UN’s International Day of Persons with Disabilities. Originally commissioned by the NYC Mayor’s Office and performed in Times Square for the 25th anniversary of the Americans with Disabilities Act (ADA) in 2015, the HLD guerilla art project has expanded in complexity, diversity, and size from its premiere in New York and Hobart, Australia, to a network of 87 cities in 22 countries during 2019, when it simultaneously occupied more than 200 public and private spaces, with as many as 650 participants in a single installation.

Founded by dancer, choreographer, educator, and advocate Heidi Latsky in 2001, the New York-based female-run non-profit dance company has been physically integrated since 2006, with a mission of disrupting space, dismantling normal, and redefining beauty through radical inclusion, innovative performance, and challenging discourse. Under the leadership of HLD, the 2020 installment of On Display Global plans to encompass over 100 national and international sites, with local leaders coordinating live human sculpture courts composed of performers, with dramatically different bodies, from the spheres of disability, dance, and fashion.

As the largest ongoing international installation of atypical bodies, the goal of the deconstructed art exhibition is to expose everyone, everywhere to people with disabilities within an artful, compelling, and integrated context, while invoking commentary on the body as spectacle and society’s obsession with body image. Questions about intersectional identities and tensions between viewer and viewed comprise its foundation, inviting, engaging, and prompting audiences to look beyond first impressions and perceived differences, as they consider disability in conversation with race, gender, sexuality, body type, age, and mutual vulnerability.

Previously performed in person at locations across the globe, this year, due to the COVID-19 pandemic, ODG will be a completely new 24-hour livestreamed Zoom event from a wide array of different time zones. Beyond its annual New York performances at the United Nations and Tisch School for the Arts, other notable locations include public sites in Germany, Italy, The Netherlands, Australia, China, Indonesia, Korea, Iran, and Lebanon, in a much-needed show of unity. In the words of Latsky, “ODG is my resistance to all the chaos and bigotry we have been experiencing in this country and globally,” so she would love for viewers to tune into “this quiet space” and its timely message of embracing differences.

On Display Global livestreams on Thursday, December 3, from midnight to midnight, on Zoom. To view, visit the Heidi Latsky Dance website for the link. 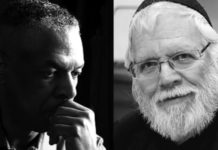