If you’re wondering what to watch this weekend, here are two very different picks you can stream at home that will keep you entertained with songs and themes from the New York stage. 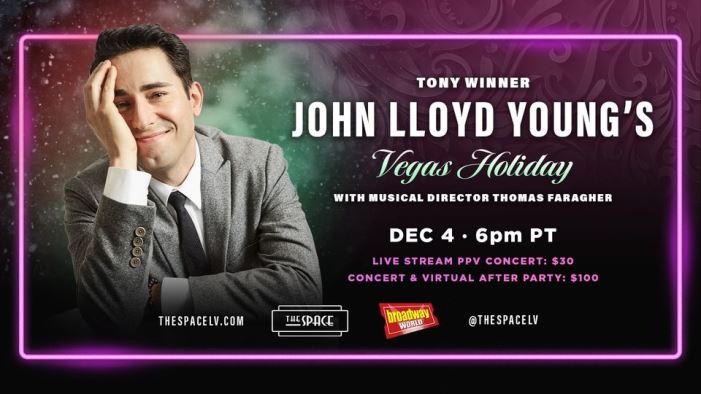 John Lloyd Young’s Vegas Holiday – Following the success of his two previous livestream concerts from The Space in Las Vegas, Tony and Grammy Award-winner John Lloyd Young returns with an intimate evening of holiday classics, along with favorites from rock, Motown, and doo-wop. Backed by Music Director Tommy Faragher on piano, the set list of numbers from Broadway’s California-born ‘Jersey Boy’ will include hits by Roy Orbison, Smokey Robinson, Little Anthony, and, of course, from the musical Jersey Boys, in which he starred. After the 75-minute livestreamed concert, viewers can gather for a digital VIP after-party with a bonus encore of songs, a Q&A talk-back (with questions submitted by audience members in advance), surprise onstage gift exchanges between Tommy and John, and plenty of memories. “It’s important to come together right now and remember how things used to be,” said John Lloyd. “We deserve to feel the comfort and joy that the holidays can bring . . . we will virtually raise a glass of eggnog together to toast.”

The premiere of John Lloyd Young’s Vegas Holiday will stream live from The Space in Las Vegas on Friday, December 4, at 9:00 pm ET (6:00 pm PT). The pay-per-view concert, which will be available on demand for one week following the live performance, is priced at $30, and the VIP virtual after-party, beginning at 10:45 pm ET (7:45 pm PT), is an additional $70. For more information and tickets, go online.

Theality TV – Shot on the Lower East Side during the months of January and February, 2020, before the COVID-19 shutdown, this pilot-season of theatrical reality TV revolves around the making of a new two-act Off-Broadway musical, Little House on the Ferry, for which the cast and crew are given only a month and a sum of $10,000 to create a backer’s edition of the show, in the hopes of getting more funding to take it on the road. The largely unscripted and unpredictable campy series, with sixteen original songs, real characters and situations, and the subplot of a messy love triangle, is set on Fire Island during the weekend when marriage equality was passed into law in New York. Starring gay WWE pro wrestler Fred Rosser, Broadway reviewer Michael Musto, drag diva Jackie Dupree, and the supporting ensemble of Mike Dorsey, Tym Moss, Rob Gould, RJ Magee, Pasqualino Beltempo, Kevin Luis, Katelyn Lauria, Anna Baker, Britte Steele, and Cheong Kim, the story goes from casting to rowdy rehearsals to a wrap reunion.

Streaming now on Broadway On Demand – the industry’s leading livestream platform – all ten episodes of Season 1 are available for free binging through December 31, 2020. Thereafter you can view Theality TV with a Broadway On Demand subscription, or you can purchase the series. Check out the trailer below: