Signature Theatre has announced the full lineup for its 2021 Signature Features season, and it will be all online: five fully staged plays and musicals, made exclusively for the screen and professionally filmed in HD on set. Mindful of the uncontained COVID spread, multiple safety protocols will be employed to ensure artists’ and crew’s safety, and audiences will be able to enjoy every moment from the safety and comfort of their home.

“We’re thrilled to bring a Signature season to our audience and the world,” said Managing Director Maggie Boland. “These five shows exemplify a talented mixture of Signature‘s favorite artists and new faces. We are so grateful to our staff, board, and community for all their work to make this possible while upholding total commitment to everyone’s health and safety.”

“I am so excited to announce this slate of filmed productions for the 2021 Signature Features season,” said Associate Artistic Director Matthew Gardiner. “We are committed to finding exciting new ways to bring stories and music to our audiences during this moment when live performance isn’t a possibility. This season features everything you have come to expect from a Signature experience, but for now we have found a way to bring these experiences into your home.”

Next, 2020 Tony Award nominee Daniel J. Watts (Hamilton, Ike Turner in Tina: The Tina Turner Musical, The Marvelous Mrs. Maisel) recounts his life as the only child of a single mother in The Jam: Only Child, directed by Obie Award winner Lileana Blain-Cruz (The Death of the Last Black Man in the Whole Entire World AKA The Negro Book of the Dead).

In the spring, Signature will present After Midnight: Celebrating the Duke Ellington Years. Directed and choreographed by Jared Grimes (Broadway’s After Midnight, Signature’s Jelly’s Last Jam, Ain’t Misbehavin’) with music direction by Mark G. Meadows (Signature Vinyl, Jelly’s Last Jam, Ain’t Misbehavin’), this exhilarating song and dance extravaganza is set to the swinging sounds of Duke Ellington, Jimmy McHugh, Dorothy Fields, Harold Arlen, and more and framed by the poems of Langston Hughes. Streaming for After Midnight will be provided by Broadway on Demand.

The season will conclude with Detroit ’67 by Dominique Morisseau (Broadway’s Ain’t Too Proud, Pipeline). Winner of the Edward M. Kennedy Prize for Drama, Detroit ’67 follows two siblings whose lives are overturned by a stranger with a secret during a tumultuous summer amidst the 1967 race riots. Detroit ‘67 is the second chronological play in Dominique Morisseau’s The Detroit Project, a trilogy of plays examining the sociopolitical history of the Motor City. The other two are Paradise Blue, set in 1949, and Skeleton Crew, set in 2008.

Patrons can get a free preview of the upcoming Signature Features season in the December 2 episode of The Signature Show:

Signature offers all five on demand Signature Features shows for $200, which includes exclusive subscriber content, Show Dialogues with the cast and creative team, and more. Subscriptions can be purchased at SigTheatre.org/Subscribe. Signature has partnered with Marquee TV, home to streaming content from some of the world’s best arts organizations including the Royal Shakespeare Company, The Joyce Theater, and The Bolshoi, to give subscribers access to all Signature content from any TV or device, including AppleTV, Roku, Chromecast and more. This exclusive global streaming partnership will ensure that subscribers will receive first access to streams and will have at least 48 hours to watch each production once they begin streaming. Full information about the Signature Features streaming subscriptions can be found at SigTheatre.org/SubscriptionFAQ.

Signature Features will join Signature Vinyl as part of Signature’s On Demand 2020–21 season, which also includes a world premiere play on film for Signature’s flagship education program, Signature in the Schools, written by Caleen Sinette Jennings (Queens Girl trilogy) and starring students from 18 local high schools; four SigWorks Monday Night New Play readings, filmed readings of new plays by DC-area playwrights available free on YouTube for three weeks following their premiere (remaining dates include The Story of Walter by Audrey Cefaly on December 14, One-Shot by Andrew Rosendorf on February 8, and Light by Jarrin Davis on April 5); and more to be announced soon.

Tickets for individual show streams will be announced at a later date. 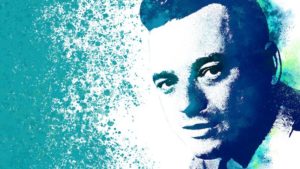 Created specifically for Signature Theatre with special permission from Sondheim himself, this jam-packed revue features over 30 songs from the composer’s canon. The quintessential “Finishing the Hat,” “Another Hundred People” “Losing My Mind” and “The Worst Pies in London,” meet lesser known gems including “Country House,” “Saturday Night” and “Goodbye for Now” and fuse with new orchestrations by longtime collaborator Jonathan Tunick.

With a lush 16-piece orchestra leading the way for 12 phenomenal singers, including Broadway’s Norm Lewis (Jesus Christ Superstar Live in Concert, Sondheim on Sondheim), Solea Pfeiffer (Hamilton, Signature’s Gun & Powder), Conrad Ricamora (How to Get Away with Murder, The King and I) and Emily Skinner (The Cher Show, Prince of Broadway) along with Signature favorites Bobby Smith, Awa Sal Secka, Tracy Lynn Olivera and more, this exclusive event satisfies every Sondheim craving. 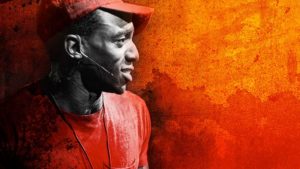 In The Jam, a nod to his great-grandmother’s plentiful recipe and the spirited spontaneity of jazz, 2020 Tony Award nominee Daniel J. Watts (Hamilton, Ike Turner in Tina: The Tina Turner Musical, The Marvelous Mrs. Maisel) recounts his life as the only child of a single mother. From the fierce growing pains of boyhood innocence to the awkwardness of teenage years to a proud Black man, Daniel digs through his memory’s attic in a powerful and playful story of metamorphosis.

Midnight at The Never Get 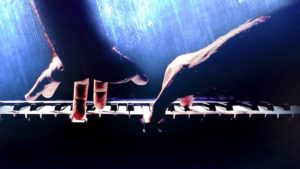 Welcome to The Never Get nightclub for the performance of a lifetime in this smart, funny and slyly subversive Off-Broadway smash-hit musical.

If life is a rehearsal for your memory, what moment would you replay? It is 1965 in New York City and cabaret crooner Trevor is in love—with Arthur, his songwriter. With their romance outlawed, the two create an act in the back room of an illegal Greenwich Village gay bar. However, pressures from a world on the cusp of change expose an ache for what they could never have in a wistful and whimsical serenade with tunes reminiscent of the Great American Songbook.

“A lushly romantic, small treasure of a show! An intimate, aching chamber musical about heartbreak and bliss.” –The New York Times 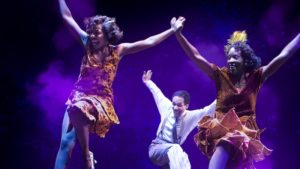 This exhilarating song and dance extravaganza is set to the swinging sounds of Duke Ellington, Jimmy McHugh, Dorothy Fields, Harold Arlen and more and framed by the poems of Langston Hughes.

Starring Nova Y. Payton with direction and choreography by Jared Grimes (Broadway’s After Midnight, Signature’s Jelly’s Last Jam, Ain’t Misbehavin’) and featuring 28 of the big band era’s most memorable songs including “Stormy Weather,” “I’ve Got the World on a String,” “On the Sunny Side of the Street,” and “It Don’t Mean a Thing,” this non-stop revue showcases the gorgeous glamour and sophisticated syncopation of the Harlem heartbeat after midnight.

“Tap-crazy? You’ll be in seventh heaven at After Midnight… the music gleams, shimmers, dances and sings with an eloquence that enthralls” – The New York Times

Streaming for After Midnight will be provided by Broadway on Demand. 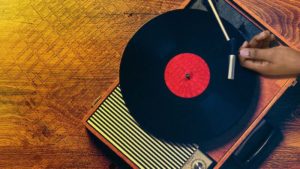 Winner of the Edward M. Kennedy Prize for Drama, this thought-provoking, resonant play sizzles to the soundtrack of the 1960s.

In 1967 Detroit, Motown has hit its groove and the Poindexter siblings, Chelle and Lank, make ends meet by hosting parties in their basement. However, Lank and his friend Sly have dreams beyond the cellar shindigs—despite Chelle’s resistance. When Lank then brings home a mysterious white woman, the family’s simmering disagreements explode—as their streets erupt in riots—and life becomes a lot more dangerous.

“You can hear echoes of August Wilson in [Dominque Morisseau’s] work, of Lorraine Hansberry, of Tennessee Williams, of Anton Chekhov, but also a voice — seductive, poetic, comic, tough — that is unmistakably her own.” – The New York Times

Signature Theatre is widely recognized as the premiere venue in Washington to see musical theater, especially new musicals. Signature is renowned for its interpretations of Stephen Sondheim’s work, inventive adaptations of overlooked or forgotten musicals, and investment in fresh new projects. The theatre is an industry leader in developing and producing new work and is home to the largest musical theater development program in the United States.

Launched in 2018, Marquee TV (www.marquee.tv) is the on-demand streaming platform dedicated to global arts and culture. Serving up a world-class catalogue of contemporary and classic masterpieces, including dance, opera, music, theater, and documentaries, Marquee TV has been designed for a growing digital audience of determined culture lovers and the arts-curious.

Founded by a team of media tech entrepreneurs who were also behind the BBC’s iPlayer and the ground-breaking U.S. platform TenduTV, Marquee TV is available on iOS and Android apps, Apple TV, Android TV, Amazon Fire, Comcast X1, Cox, Smart TVs and additional platforms. Premium subscription pricing in the U.S. is $8.99 a month or $89.99 for one year. Learn more at https://www.marquee.tv/ and follow along @MarqueeArtsTV on Twitter, Instagram, and Facebook.