Instead of cancelling its 2020 season, as many were compelled to do by the coronavirus pandemic, the Williamstown Theatre Festival – renowned for bringing top playwrights, actors, directors, and designers from Broadway to the Berkshires for its acclaimed summer productions since 1955 – partnered with Audible (Amazon’s online audio storytelling platform) to produce its full schedule of new and reimagined work, in what, for the WTF, is a new medium. The collaboration, featuring a premiere series of four audio plays to be released this month (and the upcoming release dates of three more titles to be announced soon) ensures that the voice of theater artists can be heard worldwide, at a time when it’s most needed. 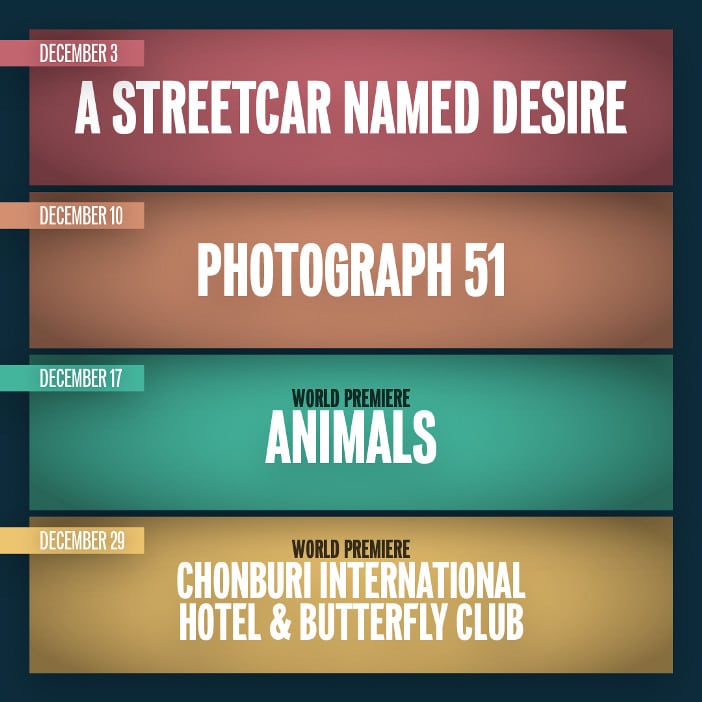 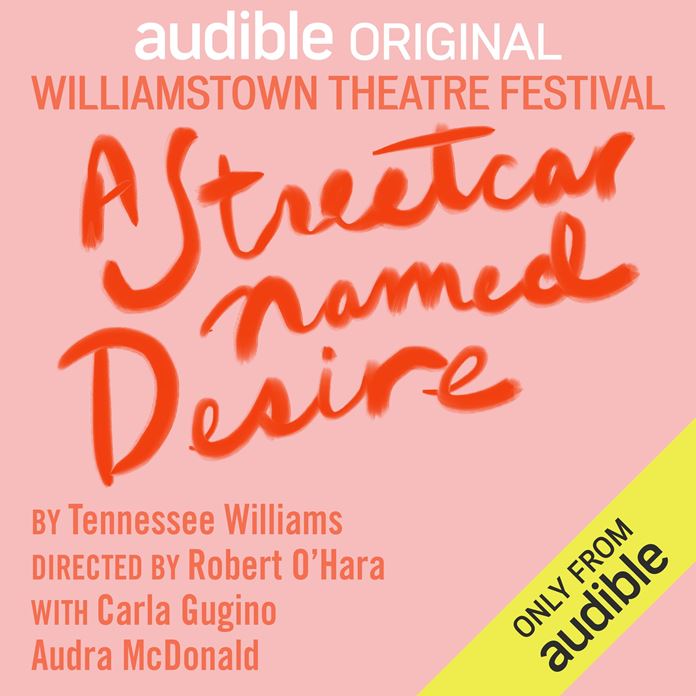 Through their potently expressive voices and unmistakable southern drawls (dialect coaching by Dawn-Elin Fraser and Deborah Hecht), enhanced by an evocative soundscape (original music and sound design by Lindsay Jones), we comprehend the fragile personalities, contentious relationships, psycho-sexual tensions, and mental decline of the dysfunctional sisters, and can feel the oppressive heat in New Orleans and their tragic unraveling lives. With a running time of approximately two hours and 37 minutes, this full-length presentation is a thoroughly gripping and deeply affecting telling of an iconic American period piece that should be heard and experienced by all lovers of great theater and transporting acting. 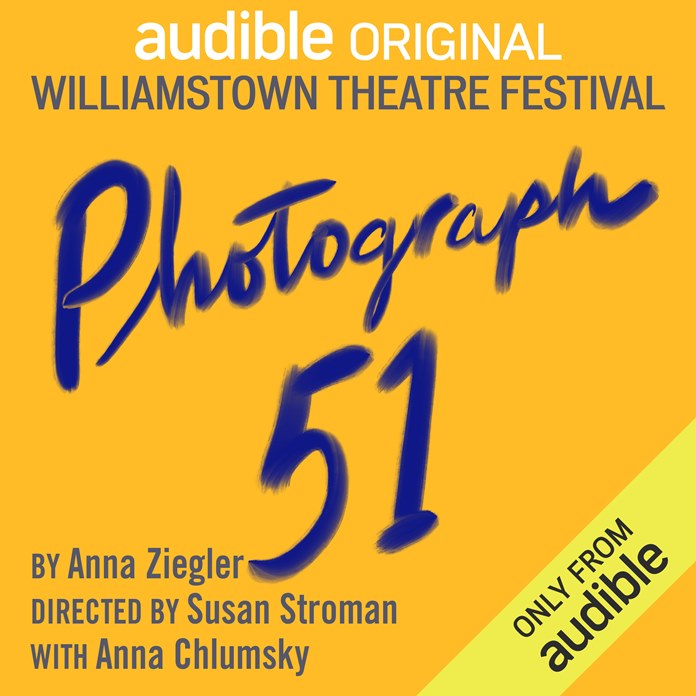 Photograph 51 – Presented in the format of retrospective first-person direct-address narrative accounts interspersed with remembered conversations by the central characters, American playwright Anna Ziegler’s award-winning bio-historical drama considers the seminal but long-overlooked contributions of real-life English chemist and X-ray crystallographer Dr. Rosalind Franklin (1920-58) to the discovery of the double-helix molecular structure of DNA, while working at King’s College London in 1951. Treated more as an assistant than an equal partner by her condescending, insulting, and competitive male colleagues and rivals in their race for success, her groundbreaking work was undermined, appropriated, and unacknowledged during her lifetime, due in large part to her gender.

Directed by five-time Tony Award winner Susan Stroman (The Producers; The Scottsboro Boys), and supported by a mood-setting score by Darron L. West, Emmy-nominated American screen actress Anna Chlumsky voices the role of the brilliant, unjustly marginalized, and justifiably contentious Franklin with an educated British accent and the right combination of manifest resentment and relentless dedication, remaining steadfast in her devotion to her research in a male-dominated field. The other scientists, all men, with whom she works and against whom she struggles and bristles – American structural biologist Don Caspar (voiced by Stephen Kunken); PhD student Ray Gosling (Ben Rosenfield), who created the eponymous x-ray diffraction image Photo 51 under Franklin’s supervision; lab associate Maurice Wilkins (Omar Metwally); and the Cambridge University team of Watson and Crick (David Corenswet and Aasif Mandvi) – skillfully reveal their attitudes (social and professional), biases (both sexist and anti-Semitic), and questionable ethics (Wilkins, Watson, and Crick would ultimately be awarded the Nobel Prize, from which Dr. Franklin was excluded), in the battle to solve the mystery of life through molecular biology.

Both of these impressive and engaging audio-plays convey important messages about past views of women and their status, while bringing thought-provoking entertainment to the safety and comfort of home through the top-notch partnership of Audible and the Williamstown Theatre Festival. Give them a listen.