After a ten-month pandemic hiatus of live performances at the Broadhurst Theatre, the stars and team of the fifteen-time Tony-nominated musical Jagged Little Pill (recently featured in the televised performances of the Macy’s Thanksgiving Day Parade and The Best of Broadway special on NBC) will reunite for a one-night-only concert event, Jagged Live in NYC, on Sunday, December 13.

Strict COVID-19 safety protocol and testing were followed during preparation and rehearsals for the live event. On Sunday, the actors will remain masked until they are singing, and the on-site production team will have temperature checks at the door, then remain socially distanced and masked during the concert (performed without an in-person audience). Despite the vital need for such precautions, the livestream will be a welcome experience for the company and their fans, in offering a show that has all the real-time energy and unedited excitement of live theater. 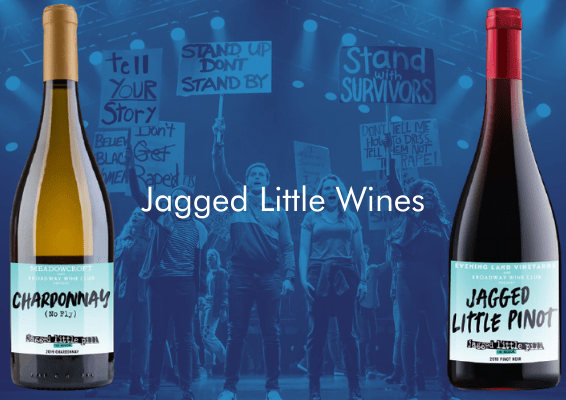 In conjunction with the virtual event, Broadway Wine Club (BWC) – the new home-delivery wine subscription for theater-lovers – partnered with Jagged Little Pill and Stellar to offer ticket packages that include two bottles of show-branded wines, Jagged Little Pinot and Chardonnay (No Fly), to replicate the full (drinking-age) audience experience of a Broadway theater’s in-house concession stand and bar, right in the viewers’ own homes.

The concert special will also serve as a benefit for several performing arts centers and regional theaters across the country, which will keep a portion of the proceeds from the tickets sold through their sites to support their organizations, affected by the coronavirus shutdown. 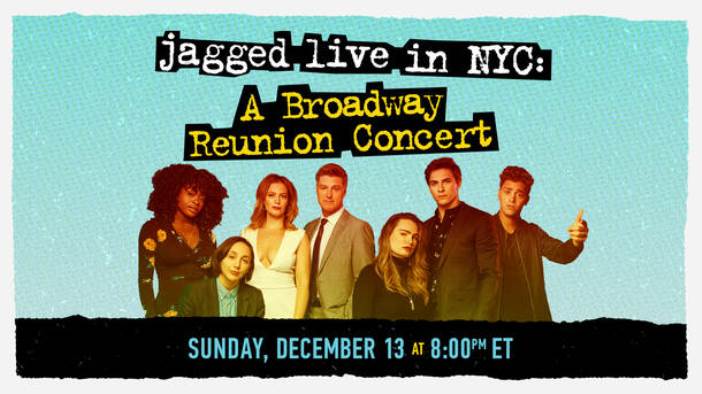 Jagged Live in NYC livestreams at 8 pm on Sunday, December 13, on Stellar. For tickets, which include access to the livestream premiere and on-demand access through Tuesday, December 15, go online.