NBC’s One Night Only: The Best of Broadway was not only a dazzling celebration of the hottest shows and stars from the New York stage, it was also a smashing success in raising $3,051,297 in donations for Broadway Cares/Equity Fights AIDS – the single largest financial provider for The Actors Fund – to give immediate help to members of the NYC theater industry facing a year of closure, unemployment, and health concerns. 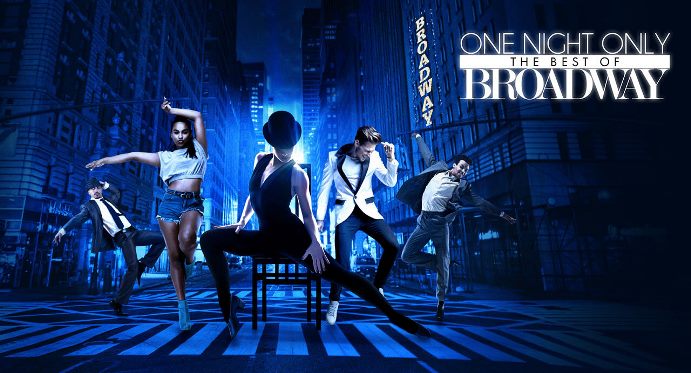 Theater fans from across the country were able to enjoy the two-hour primetime special, which aired on Thursday, December 10, from the safety of home on their own TV screens, and to make voluntary online donations to show their appreciation and support for the hard-hit community. The $3,051,297 total reflects donations made through midnight, Sunday, December 13; the even better news is that the special is still available for viewing online through January 10, 2021, and generous viewers can still contribute to this important cause, to provide groceries, medication, health care, and hope to artists struggling through the pandemic.

The star-studded spectacular, hosted by Tina Fey (Mean Girls), included powerhouse performances by the casts of Ain’t Too Proud – The Life and Times of the Temptations, Chicago, Jagged Little Pill, Diana: The Musical, Jersey Boys, Mean Girls, and Rent, special appearances by a full roster of Broadway veterans, and appeals from longtime Broadway Cares’ advocates Barbra Streisand, Sean Hayes, Nathan Lane, Billy Porter, and Vanessa Williams (Lane and Porter also serve on the Broadway Cares Board of Trustees), along with stunning shots of the New York theater district.

During the show, Streisand revealed, “My love affair with Broadway started when I was fourteen years old. I’m worried about the thousands of dedicated professionals who have lost their jobs. That’s why I’ve always been a passionate believer in the mission of Broadway Cares. For decades it has been a resource for the theater community. If you love Broadway and want to support the people who are its lifeblood, please give what you can and donate today.”

Following the broadcast, Fey said, “I was so happy to be a part of this special night for Broadway Cares/Equity Fights AIDS and I send heartfelt thanks to everyone across the country who donated. You’re helping to provide emergency assistance to so many in our community who are in need right now.” And Tom Viola, Executive Director of Broadway Cares/Equity Fights AIDS, expressed the heartfelt sentiment that, “We are deeply grateful to all the Broadway casts, crews, and musicians, their producers, and everyone at NBC for making this spectacular evening a reality. This celebration of Broadway will help thousands who make their livings on stage, backstage, and behind the scenes . . . I salute NBC and the tens of thousands of donors who responded to our appeals for support in this time of crisis. Broadway will be back, live and in person. Until then, what we do together now makes a difference.”