Social media once again proves invaluable to connect theatergoers with performance. This instance is courtesy of Signature Theatre’s SigWorks: Monday Night Play Readings. Not only was there a reading of an in-development work entitled The Story of Walter by award-winning DC-area playwright Audrey Cefaly (The Gulf, Alabaster, Maytag Virgin), directed by Holly Twyford (Signature’s Escaped Alone, Theater J’s Becoming Dr. Ruth); there was also an impressive post-show conversation providing viewers abundant insight into the process of developing a play.

Good news for the avid theatergoer who is going through live-theater withdrawal: The reading and the heavenly post-show are streaming on YouTube for the next three weeks.

The Story of Walter is a play in process—what might be scenes or perhaps a rough cut of an Act I. Cefaly is a playwright who often focuses on relationships as characters try to connect. Her Story of Walter is a wistful look into the life of Walter, a NASA scientist and single dad to his daughter, Anna. Walter is struggling to be both single and a single parent. He is dealing with dating and learning just to live while rearing his daughter. While he seems to be a decent enough guy, he doesn’t have the best fortune with dating. As Walter says about himself, “I feel invisible.”

There is some mystery at first as to why he is raising Anna alone. But he is not the center of all attention. His daughter, Anna, has critical importance. How she and he interact, how she deals with her own hurts, and how she become key to her Dad’s survival add drama and humor. And there is this deft touch from Cefaly: Anna has three different personas: a spunky sweet seven-year-old, an often pugnacious teen, and a sobering adult. Other characters also have their moments centerstage including a hedgehog.

Even as a work-in-progress, The Story of Walter packs clout with dramatic tension, suspense, and more than glimmers of lightness. The dialogue can be straightforward like an arrow shot and also poetically lyrical like a musical requiem. 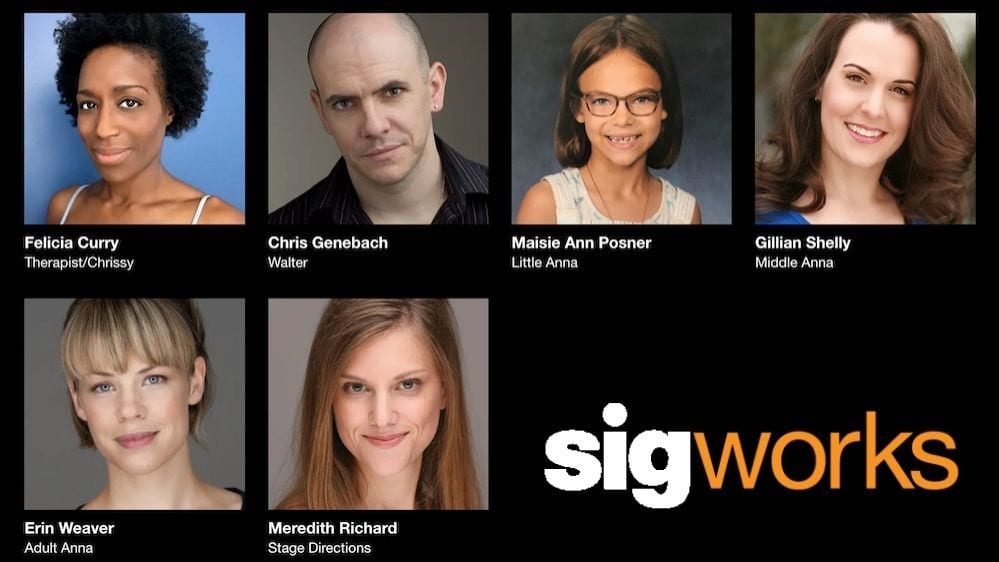 Now, this is key to enjoyment of the entire evening for me: After the SigWorks reading there was a conversation with Cefaly and Twyford facilitated by Signature Theatre Associate Artistic Director Matthew Gardiner (A Chorus Line, Signature Vinyl). The comments and questions from viewers during the post-show conversation taped December 14 prompted way more than a surface peek at the play’s early development process.

Gardiner posed thought-provoking questions of Cefaly and Twyford, and viewers became eavesdroppers into what is usually unseen in the creative process. Without giving away the questions and responses, let me just say this: Gazing at Cefaly and Twyford interacting, exchanging viewpoints, and reacting to viewers questions was an intensive lesson in giving and receiving feedback. Watch them listen intently to each other, watch their minds at work as they contemplate responses. We get to witness their points of view register through their eyes in such a naturalistic manner. (What can I say? I am a sucker for impressive on-point, no-bullshit, not actorly presentations.)

Want to delve into how theater is created? Then this is a gift. And social media makes it possible.

Perhaps when the COVID nightmare ends and live theater returns, companies will continue to offer up social media to connect us with them and even bring new audiences.

The Story of Walter, presented as a SigWorks reading by Signature Theatre December 14, 2020, will remain free online on Signature’s YouTube channel for three weeks following the premiere. 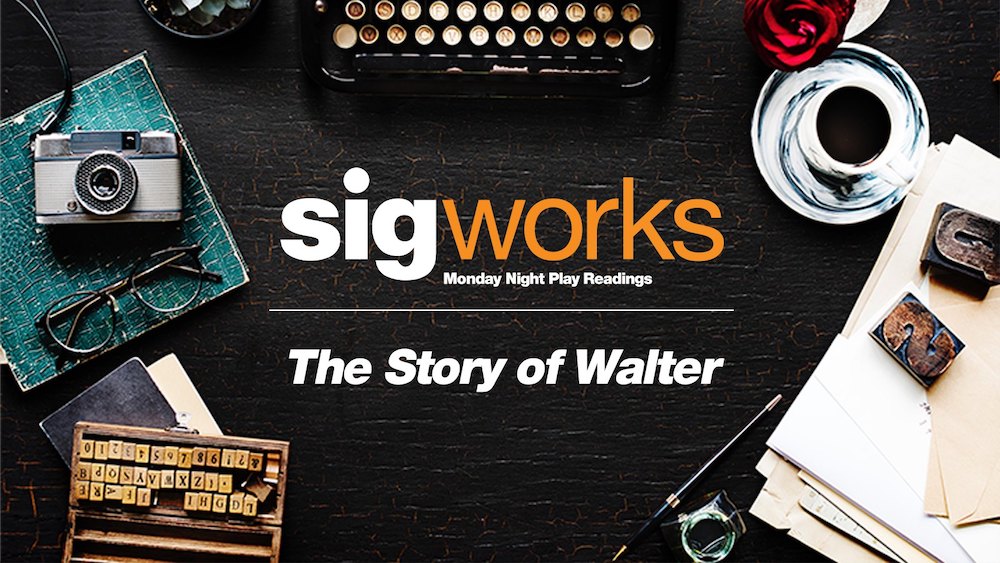