Following a full week of complaints, delay, and criticism of the 5,593-page $2.3 trillion omnibus US fiscal bill, the President at last signed it into law on Sunday night, December 27, in time to avert a shutdown of the federal government, to provide $15 billion in funding to Save Our Stages, but most likely not soon enough to avoid a one-week break in pandemic-related unemployment checks for those who have been out of work since the closure of Broadway theaters began on March 12.

On Sunday, December 20, Congressional leaders had reached a deal on a COVID-19 relief package totaling nearly $900 billion, including full funding for the bipartisan Save Our Stages Act, introduced by Senators Amy Klobuchar (D-Minnesota) and John Cornyn (R-Texas), thereby ending months of partisan battles and stalemates. The long-debated bill was passed in both the House and Senate (the latter by a 92-to-6 vote at 11:42 pm). 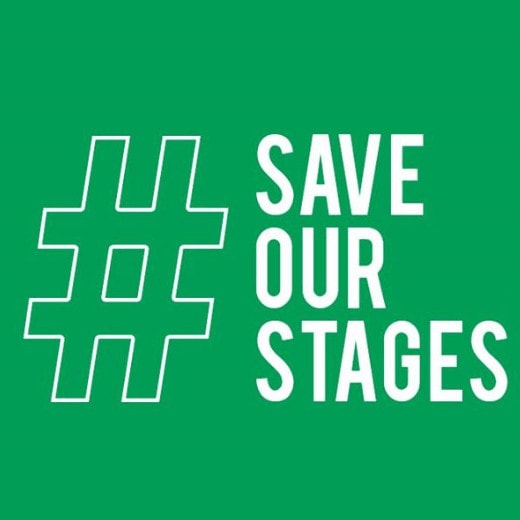 According to a joint statement released by House Speaker Nancy Pelosi (D-CA) and Senate Democratic Leader Chuck Schumer (D-NY), the legislation will provide approximately $15 billion in “dedicated funding for live venues, independent movie theaters, and cultural institutions,” including Broadway theaters. The aid will come in the form of multi-million dollar grants intended to maintain building expenses such as rents and mortgages, and to keep arts workers employed with paycheck protection loans.

Among the NYC-based theater organizations that have been sending out an SOS for government funding to Save Our Stages – noting that the theater industry contributes nearly $15 billion annually to the New York economy and supports employment for nearly 100,000 individuals – are The Broadway League, the national trade association for the Broadway theater industry; Actors Equity Association, the labor union representing American theater actors and stage managers; and Be An #ArtsHero, a grassroots campaign staffed by volunteers, which has been actively advocating for proportionate relief to the Arts and Culture sector of the American economy.

In the wake of the November election, Democratic leaders voiced hope that once the new administration begins in January, President Biden would support the passage of another relief package in early 2021. Biden issued an encouraging statement on Sunday, saying that “this action in the lame-duck session is just the beginning. Our work is far from over.”

Be An #ArtsHero – while acknowledging that Save Our Stages “is a historic piece of legislation” representing “a seismic shift in the conversation at the Federal level about the socioeconomic value of Arts & Culture” – agrees that there is much more work and funding needed to bring relief to arts workers, who have been severely impacted by the closure of live performance venues. “This win must be recognized as a beginning, not a conclusion, to the long road ahead for relief and recovery. We urge the Biden administration to move swiftly to create additional relief legislation to address the financial crisis facing the millions of Americans who have been catastrophically impacted by COVID-19.”