Though Times Square will be closed to crowds for New Year’s Eve and you won’t be able to watch the iconic ball drop in person this year, you can still celebrate the arrival of 2021 in New York style, with a roster of Broadway stars, special events, and music videos on TV and online.

This year marks the 49th anniversary of Dick Clark’s New Year’s Rockin’ Eve, New York’s most popular New Year’s tradition (and the most watched nationwide), culminating in the annual dropping of the ball at midnight. Based in Times Square, the six-hour show, airing on ABC TV from 8 pm to 2 am EST, gives viewers a look at New Year’s celebrations  throughout the country and around the globe, and shines a spotlight on performances of the year’s best in music. Ryan Seacrest returns for his sixteenth year as host, joined in Times Square by singer and screen star Lucy Hale (Pretty Little Lies) and stage and screen sensation Billy Porter.

Porter will reunite with Cyndi Lauper (who won Tony Awards for respectively starring in and composing the music and lyrics of the Tony-winning musical Kinky Boots) for a live duet. The evening will also feature a headline performance by The Bronx native Jennifer Lopez, just before the countdown to the ball drop begins. To ensure the safety of the cast and crew, all guidelines set forth by national, state, and local health officials will continue to be followed and implemented during the production, along with additional safety measures instated by dick clark productions.

As part of the Times Square Alliance’s Times Square New Year’s Eve webcast, Broadway actress and singer Jennifer Sánchez, most recently seen in The Rose Tattoo, will debut the new music video for her pandemic anthem “Heartbeat” live in Times Square at 6:30 pm. The original song, selected as a finalist and the Audience Choice Award winner in the TSA’s livestreamed Songs for Our City songwriting competition in June, pays tribute to the New Yorkers whose lives have been lost and affected by the coronavirus and the resultant shutdowns, while sharing an empowering and uplifting message of resilience and solidarity.

The video, commissioned by the TSA, with videography and editing by Gregg Monteith, depicts scenes from Times Square and features real New Yorkers (including Jason Clark, Co-Owner of Hold Fast Kitchen and Spirits; Ruth Levy, a Nurse Practitioner at Mount Sinai Hospital and a first responder in one of the hospital’s COVID wards; and Rob White, a Times Square Alliance Sanitation Maintenance Worker), who are continuing their work each day to keep NYC running. Directed and choreographed by Broadway veteran Yani Marin, Jen’s heartfelt performance is complemented by Broadway dancers Angelica Beliard, Natalie Caruncho, Albert Guerzon, NaTonia Monét, Fredric Odgaard, Brett Sturgis, and Marin, along with musicians Mariana Ramirez on percussion, Danielle Andrade on bass, and Kevin Ramessar on guitar.

Jen told me that “it’s been such a labor of love and such a gift to be able to work on this with these great people. For me, the miracle was that everyone – the workers and the best of Broadway – said yes, and showed up at the crack of dawn in Times Square to make the video. The generosity of everyone involved has been wonderful, and it made me feel less alone. The message of the song is a big thank you to everyone who keeps going and coming together in these strange pandemic times.” Viewers are encouraged to donate to NYCNext, an organization working to help the city recover, rebuild, energize, and inspire others to act. 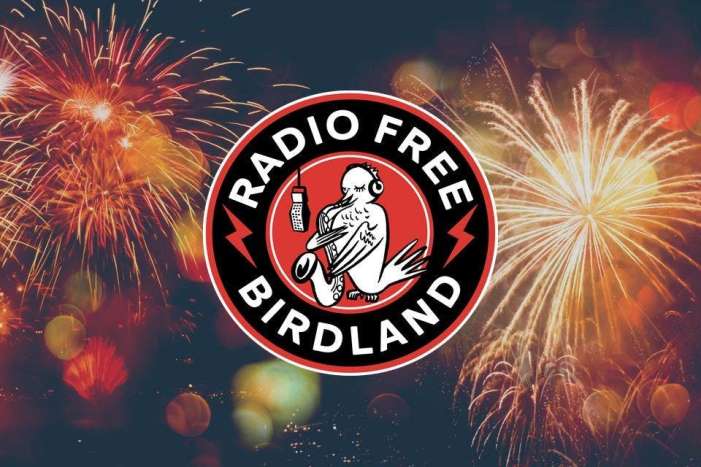 Performer and impresario Jim Caruso has been a steadfast virtual presence during the pandemic, with his weekly Pajama Cast Party on YouTube and, since April, the Radio Free Birdland pay-per-view virtual concert series. To celebrate the New Year, producers Ryan Paternite, who directs, and Jim Caruso, who hosts, have created The Best of Radio Free Birdland, a compilation of fifteen of the best clips from the show’s first season, which has featured 40 of the finest Broadway, jazz, and cabaret performers, all filmed with three cameras and no audience on the Birdland stage on West 44th Street. Broadway performers on the New Year’s Eve special include Christina Bianco, Sierra Boggess, Reeve Carney, Nikki Renee Daniels, Aisha deHaas, Amanda Green, Telly Leung, Eva Noblezada, Laura Osnes, Kate Rockwell, Christopher Sieber, Billy Stritch, Paulo Szot, Max Von Essen, and Jessica Vosk.

The Best of Radio Free Birdland streams on Thursday, December 31, and will remain on demand through Sunday, January 3. Tickets (priced at $10) are available online. Proceeds raised will help to keep Birdland (founded in 1949) afloat during the COVID-19 closure. 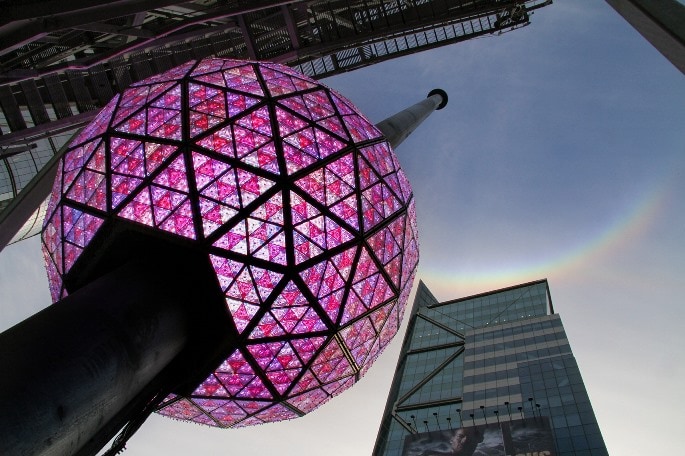 These three selections to ring in the New Year in New York should keep you entertained without having to leave the safety and comfort of your own home. Happy New Year to all, and here’s to a better 2021.