Revolution is rooted in protest. And in revolutionary ways, protest theater promotes social change. The ubiquitous We See You, White American Theater movement courageously flips the script using the power of protest to demand a revolution of social change in American theater.

Since July 2020 — with its Dear White American Theater letter, its Principles, and BIPOC [Black, Indigenous, and People of Color] Demands — We See You, White American Theater (WSY) has been causing a tectonic shift in the very foundations of artistic circles in terms of how theater should be expressed in America. 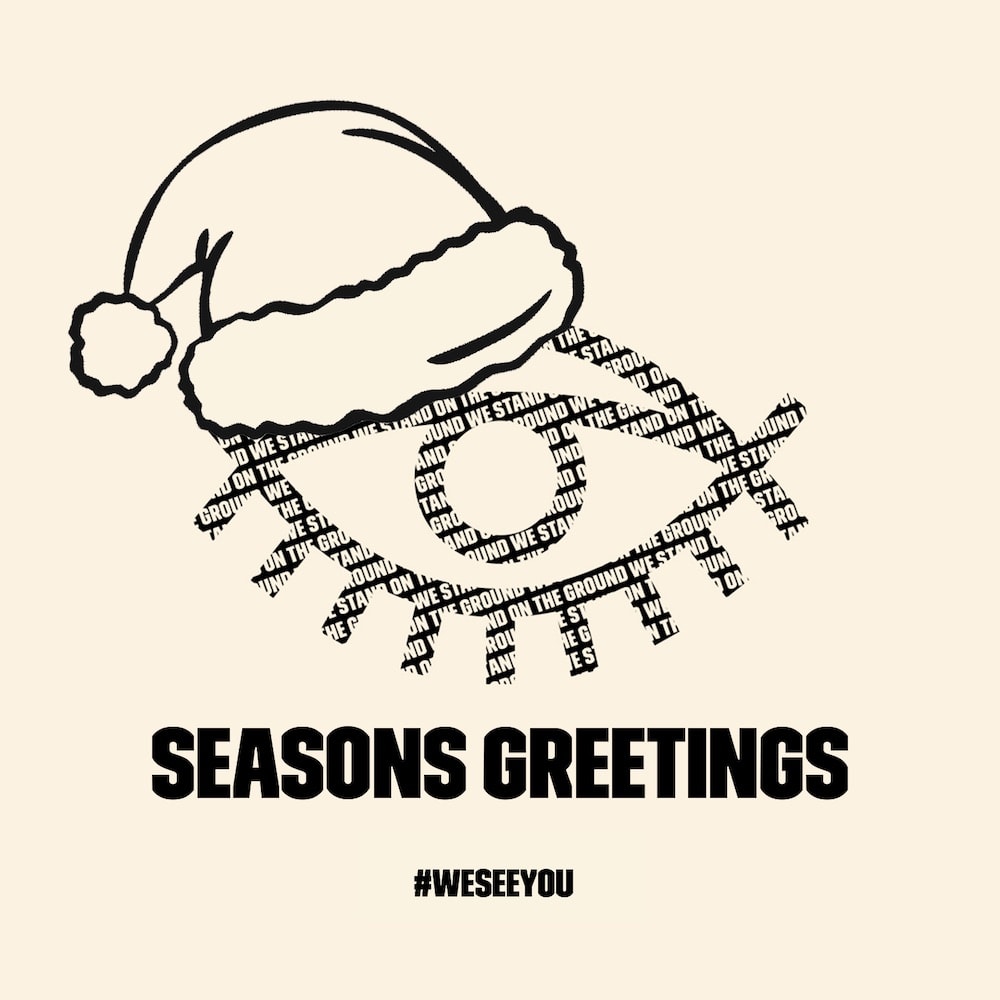 In this holiday season of great hope but in a voice that’s a far cry from a partridge in a pear tree, WSY published 12 Days of Watchmas. Brilliantly shining the light of the moment into the hearts and minds of BIPOC arts leaders, Watchmas is a series of 12 daily mistletoe missives designed to amplify and testify to the need for equity in White American Theater (WAT).

An unexpected Christmas gift of literary excellence, Watchmas is written anonymously as part of WSY’s work to lead a leaderless BIPOC revolution. Each article stands alone as a candid declaration of collective liberation to continue WSY’s battle to dismantle white supremacy, racism, anti-Blackness, sexism, homophobia, transphobia, and any other “ism” that blocks the opening of doors for everyone’s stories to be told — and not just the chosen few.

Reading every single Watchmas article was a savory holiday treat that created an air of excitement. It was hard waiting to see what Santa’s authors were going to deliver next; and who they were going to light up in its Christmas tree lineup. And I mean light up in the Blacksplaining sense!

Watchmas punctuates its pages with superb writing, fearless content, and no-nonsense messaging that land somewhere between the sublime and the profane. Whether talking about freedom and dignity or the fuckery of being pimped by WAT, Watchmas is a must-read.

Spoiler alert: Be prepared for the possibility of getting prickly heat. Watchmas is caliente hot, boldacious, audacious, in-your-face, as well as other places where the sun don’t shine. It’s blunt, raw, and uncomfortable because as WSY and WAT both know so well, when it comes to changing the ecology of American theater, there’s no reason to change positions when the one you’re in is still feeling good.

But now is the season for giving and we need to shine more light into the darkness. Remember those well-drafted statements of solidarity that local theaters announced several months ago to support Black Lives Matter? Well, DCMTA is challenging theaters in the DMV to give back in the spirit of the season by sharing your success stories in the struggle to change the footprint of American theater.

DCMTA is offering itself as a platform for you to put your gifts of accountability under the Christmas tree of progress by telling the world what you’ve done to address the BIPOC Demands.

• What is your anti-racism EDI action plan and how successful have you been so far in implementing it?

• What have been your challenges in dismantling white supremacy in your theater?

• What anti-racism achievements are you most proud of?

• What remains to be done in your part of the artsphere to promote social justice and social change?

• What will your theater look like when it fully reopens regarding decision-making and whose stories get to be told and who gets to tell them?

• What results do you want to see that have not yet happened?

(Anyone affiliated with a performing arts organization in the DMV can submit a progress report, and anyone who submits a report can request that it be published anonymously.)

Your stories of progress will help to liberate us all, for in the words of the We See You, White American Theater movement: “We ain’t free til we all get free.” 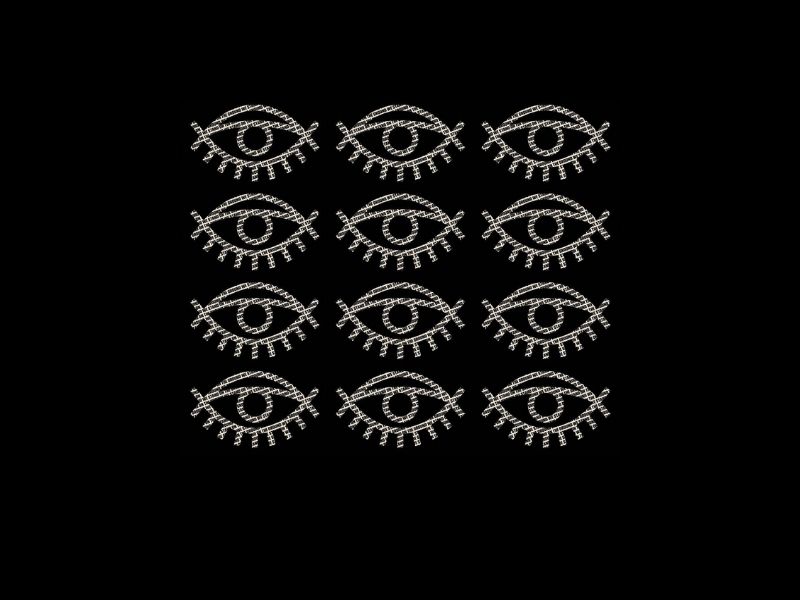 12 Days of Watchmas table of contents with excerpts

(Titles link to full texts of articles on WSY website.)

Day 1: The Anatomy of Anonymity

Many of us have already suffered personal attacks, been hunted and cornered by White American Theatre leaders, been targeted by the press and threatened with losing our jobs in the middle of an economically stressed season in our industry. We will not allow each other to be silenced or intimidated. We have each others’ backs, and we have the backs of our entire field of anti-racism workers and bullshit-resisters.

Day 2: COMPLEXion: The Story of My White Skin

I recognize that because of my racial ambiguity I have experienced privilege. I have knowingly and unknowingly “passed” as white in casting rooms. I am now faced with looking at colorism and the insidious effects of it.

Day 3: To Pimp a BIPOC Leader, or White American Theater’s Problem with Tokenism

You ever been used?… You take that risk and work with a White American Theater. They welcome you. They celebrate you. Maybe this time, you say, it’ll be different.

A lack of racial representation in leadership, faculty, and the student body is the troubling triad of neglect in our training programs. Some efforts have been made to increase representation across many identities, yet Black, Indigenous, and People of Color (BIPOC) students are experiencing harm from the classroom to the rehearsal room.

Inclusivity is hard. It hurts the brain sometimes.
It is easier to stay ignorant.
To not change.
But the twin plagues of Anti-Blackness and COVID-19,
Demand that we change.
Not simply the minds of white people,
But ourselves.

When you invite BIPOC people into a broken system it does not fix the system, it breaks the BIPOC person. We do not want you to break, fellow leader.

In this moment, it is not simply enough for institutions to go through the motion of inviting more diversity; they need to hold space for the various ways BIPOC theater artists dream, conjure, live in, wrestle with craft, and…present our work.

Day 8 (one of two articles): WTF Is a Board? Seriously.

We have to de-center money from the conversation and work to refashion the board/leadership/community relationship in service of the mission, rather than maintaining the status quo of an all-knowing group of people, with deep pockets, who have too much influence.

It’s hard enough to navigate the world of the White American Theatre (and Amerikkka in general) without having to keep our eyes peeled for folx who look like us, laying booby traps so they can remain darlings of the oppressor.

Day 9: The Isms in the Room

This economic system we’re swimming in feeds on oppression of all kinds, but racism is its main course — has been for centuries. It is nearly synonymous with White Supremacy, and the more we understand the relationship between the two the more we have to ask ourselves: how does capitalism show up in the White American Theatre and can we ever have an antiracist theater while living in a capitalist society?

Yes, the eruption of White Fragility usually occurs in reaction to your presence, but You Are Not The Problem. Your presence simply exposes a pre-existing condition….

Keep speaking truth to light, taking up space, and sharing the brilliance of your creative soul through your work.

Day 11: Trans and Queer BIPOC to the Front!

The longer we stare directly into the monstrous face of White Supremacy, the easier we notice its bastard children, chief among them sexism, homophobia, and transphobia.

Part of our collective liberation from a white supremacist system is an understanding that we can reject the hetro-pressive binary of how gender and sexuality are portrayed in the theatre.

[T]he BIPOC, Black Lives Matter Movement is … a unification of people of color under a common cause perhaps for the first time in our field. And this new consortium is producing a new demand for freedom and dignity….