Beginning now and continuing through June, Off-Broadway’s Obie Award-winning Mint Theater Company brings its popular Silver Lining Streaming Series into the New Year by sharing, free and on demand from its website, professional-quality three-camera HD archival recordings of live-on-stage full-length performances of six of its past productions. The current virtual series, honoring the Mint’s silver anniversary, follows the company’s initial streaming of three shows for two weeks last July, which garnered both critical acclaim and a large at-home audience.

According to Artistic Director Jonathan Bank, “More than 500 households watched all three plays and another 1400 watched one or two. People from every state in the union and 43 different countries.” After the summer series, the company streamed another of its classic shows over a three-week period in October and November, and “this time,” he said, “about 4,000 households tuned in. 75% of our viewers had never seen a Mint play.” Bank added that not only is he “thrilled to be extending the life of our productions and reaching a brand new audience,” but he’s also “proud that our streaming will provide over 100 actors, stage managers, and directors paychecks under union contracts, including pension and health insurance contributions.”

This season – which furthers Mint’s ongoing mission to give new life to worthwhile works from the past that have been lost or forgotten – launches with Lillian Hellman’s second play, Days to Come. The little-known 1936 drama is set in small-town Ohio, against the backdrop of labor-management strife and a workers’ strike at a local factory that threatens both family and community. Directed for the Mint by J.R. Sullivan and recorded live at Theatre Row in 2018, the cast features Mary Bacon, Janie Brookshire, Larry Bull, Chris Henry Coffey, Dan Daily, Ted Deasy, Roderick Hill, Betsy Hogg, Kim Martin-Cotton, Geoffrey Allen Murphy, and Evan Zes.

As with all of the Mint’s taped and streamed productions, there are no Zoom boxes or computer-generated imagery. The actors and direction are supported by a top-notch artistic team and period-style design, here with sets by Harry Feiner, costumes by Andrea Varga, lighting by Christian DeAngelis, sound by Jane Shaw, props by Joshua Yocom, fight direction by Rod Kinter, and dialect coaching by Amy Stoller. All serve to transport viewers into the era of Hellman’s now-historical narrative.

Along with the season opener by the American Hellman, future selections in the Silver Lining Streaming Series include infrequently seen works by two Irish women playwrights of the last century. They, and the other offerings in the series, give theater-lovers the opportunity to become acquainted with compelling writers and engaging plays that have been largely overlooked, but are happily being made available once again by the Mint. The upcoming on-demand schedule through June comprises: Katie Roche (1936) by Teresa Deevy, directed by Jonathan Bank (streaming February 1-March 28); Women Without Men (1938) by Hazel Ellis, directed by Jenn Thompson (February 22-March 21); Yours Unfaithfully (1933) by Miles Malleson, directed by Jonathan Bank (March 22-May 16); A Picture of Autumn (1951) by N.C Hunter, directed by Gus Kaikkonen (March 29-May 23); and The Fatal Weakness (1946) by George Kelly, directed by Jesse Marchese (May 17-June 13). 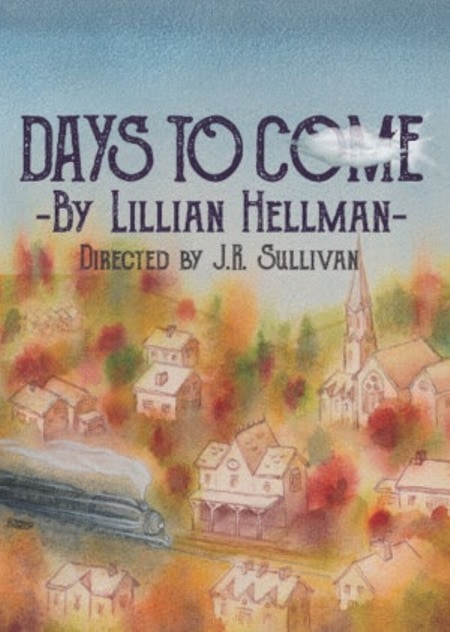 Days To Come streams on demand through February 21, on the Mint Theater Company website. The price of admission is free (donations are welcome); closed captioning is available. For instructions on how to receive a password for viewing, go online.