Metro’s share of the latest federal COVID relief funding is still being finalized, but “the preliminary estimate of approximately $610 million would avoid planned budget-related layoffs and service cuts this fiscal year (through June 30th)” — subject to Metro Board approval sometime in the coming week.

Be aware that according to WMATA Board of Directors Chair Paul C. Smedberg, “We will need additional federal relief to avoid service reductions next fiscal year as the region stabilizes.”

The WMATA Board will consider a revised FY21 budget at its Finance Committee meeting January 14. At that time, General Manager and CEO Paul J. Wiedefeld will also present new figures for the fiscal year beginning July 1. According to the January 8 WMATA release, “Federal funding will not close the entire budget gap projected for FY22. The Board will have to consider actions that will be very impactful, although less drastic than what had been previously proposed.”

“Without service cuts and layoffs triggered by the budget shortfall, we are now able to serve our riders and businesses at least through the first half of this year to finish out FY21,” said Wiedefeld. “But we are far from out of the woods, without sufficient revenue to cover all of next fiscal year. While the choices may not be quite as severe, there is still enormous financial pressure on our funding jurisdictions, and ridership and revenue is likely to return very gradually, so we have tough choices still ahead.”

The WMATA Board will discuss and determine a revised FY22 operating budget in January 2021, then provide the revised budget for public comment, with expected action to finalize the budget in April 2021. The WMATA Compact requires the Board to adopt a balanced budget for the coming fiscal year by June 30, 2021.

As the performing arts grapple with survival during and after COVID, a Washington Post headline drew my attention to what is also critical to our survival, reliable public transportation and areawide infrastructure: “Metro board gets first glimpse of budget that proposes drastic cuts to service.”

Metro ridership has plummeted since the COVID pandemic took hold last March. With fewer riders, Metro’s revenues have nose-dived. In response, the Metro board is considering drastic service reductions including on weekends and late-night service. In our opinion at DC Metro Theater Arts, if such extraordinary cuts were made, they would hobble, if not cripple, the DC area’s recovery for live, in-person performing arts even with a COVID vaccine on its way.

Metro recently announced a public comment period for the proposed service reductions in its so-called doomsday budget, beginning in mid-January. At that time Metro will hold hearings to gather responses, then mount an outreach campaign to solicit more feedback.

With that important development, we reached out to theater leaders to ask what the proposed Metro service reductions might mean to their operations. We present here the responses we have received to date and will add more as we receive them.

We will keep you aware as we continue to follow this new theater-threatening situation.

How important is reliable Metro service to your theater company?

Rebecca Ende Lichtenberg (managing director, Studio Theatre): Studio is situated between two of the busiest Metro stations in the system that link us to two of DC’s most active neighborhoods: U Street and Dupont Circle. Metro access is incredibly important for us, not only for patrons but also as a critical access point for staff and artists who rely on public transportation.

Alex Levy (artistic director, 1st Stage): Extremely. Many of our patrons use the Metro as their primary access to 1st Stage, and perhaps more important, a high percentage of our artists and technicians rely on the Metro to be able to get to and from work everyday. The decrease in service will leave a vulnerable population that has been out of work for months unable to return to their jobs.

Jason Najjoum (managing director, Synetic Theater): Reliable Metro service is critical to Synetic, especially so that our staff and artists can come to work. Currently, our in-house programmatic activity is greatly reduced, but we’ll need Metro service up and running nights and weekends when we return to in-person programming sometime next year. I’d estimate about 30 percent of our audience uses the Metro to come to our in-person programming in National Landing.

Susan Marie Rhea (artistic director, Keegan Theatre): As a theater that sits in Dupont Circle, just a few blocks from the Red Line, Keegan relies heavily on the Metro as a transportation option for our audiences. Parking in Dupont is tricky at best, and worse on the weekends, so we encourage our patrons to rely heavily on public transportation in their travel to and from Keegan.

Neal Racioppo (senior director of marketing and communications, Shakespeare Theatre Company): STC’s two theaters (Sidney Harman Hall and the Michael R. Klein Theatre at the Lansburgh) are located in the heart of Penn Quarter, and we rely on Metro’s service not only for our patrons but for our staff and artists as well.

How critical is late-night and weekend Metro service to your theater company’s audiences? To your cast and crews? To your revenue stream?

Rebecca Ende Lichtenberg: Studio, like many theaters, is most active on weekends, with matinee and evening shows that are traditionally our most popular with patrons. The successes of these performances rely on patrons, production, and artistic staff, and artists all having easy and reliable access to transportation. A disruption to Metro’s schedule or services, particularly on evenings and weekends when the theater is open to the public, would be felt throughout our organization and would be very problematic.

Alex Levy: It is the key to our talent pool. Without late-night and weekend service, many of our employees simply won’t be able to get to and from work.

Susan Marie Rhea: The theater itself has extremely limited parking (no more than three to five vehicles, depending on size, can fit alongside the building, in the driveway), so we ask our artists to park either on the street or — preferably — to use the Metro to come to rehearsals and other production-related meetings. When we are trying to recruit artists who do not live nearby, being so close to the Metro is a significant asset that Keegan can offer — we are very accessible, including after late rehearsals, because of the Metro line being so nearby.

Neal Racioppo: Being able to assure staff, cast, and patrons that they can return home safely after a night out to the theater is of course of importance to us. Patrons, for the most part, will find the performance day and time that works for their needs and purchase their tickets accordingly, but this [cuts in Metro service] may impact those who prefer evening/weekend performances. The bigger impact is for our staff and actors who don’t have the option of rescheduling and must instead come up with an alternative travel plan that affects their wallets and job satisfaction. Those are impacts we’d love to avoid.

If there were reductions to Metro service, what impact would that have on your bottom line and your theater’s survival?

Rebecca Ende Lichtenberg: Located in Logan Circle, where parking is quite scarce, we encourage our patrons to rely on alternate modes of transportation — be it Metro, bus, bikeshare, or ridesharing service. A disruption to any of these would no doubt pose an inconvenience and discourage patrons from attending. After being away from the theater for so long, my hope is that we would make it as easy as possible for patrons to return to our stages once it’s safe to gather — and accessible public transportation is a part of that equation.

Alex Levy: It would be a huge obstacle right on the heels of the largest obstacle we have faced. A healthy return requires strong infrastructure like the Metro.

Jason Najjoum: It’s hard to say with precision — but likely a significant effect if it lagged far into a return to in-person programming. We can understand cutting service during this period when many people are working from home — but the contraction can’t be so severe that when DMV businesses and residents are ready to move around again via public transit, the system is not ready for them.

Susan Marie Rhea: There’s a significant detriment at stake for us, should the Metro limit its weekend or evening/late-night services — I think this would be a barrier to audiences coming from outside our immediate neighborhood. And, obviously, we want to expand our accessibility (especially when we emerge from this prolonged dark period of COVID) to audiences, not limit it. And not having the Metro available for evening rehearsals/late rehearsals could hinder our ability to hire actors or theater artists who don’t have vehicles, or who rely on the Metro to get around. Covering Uber rides or other transportation costs (outside of the Metro, should it not be an option) would be a financial consideration that would be hard to sustain for long.

Neal Racioppo: Currently there are a wealth of issues affecting STC’s bottom line. To paraphrase Claudius in Hamlet, when budget crunches come, they “come not single spies, but in battalions.” Metro’s service changes won’t result in the demise of our theater, but it will certainly add additional pain points when we reopen for live performances.

Jason Najjoum: I think it would make sense for theater companies either individually or through theatreWashington to provide public input, just like we do whenever there is an issue that affects our industry.

Alex Levy: Our industry has already been so hard hit, and this reduction of service will only worsen the damage. We must be part of the discussion.

Neal Racioppo: All businesses should have a voice in this conversation, and no doubt different theaters will be affected by the proposed budget cuts in different ways. Theaters collectively can speak to the economic engine that the arts provides for a community, but their individuated needs will probably be on a spectrum from high-impact to low depending on their location.

Do you have data about the transportation requirements of your cast and crews?

Neal Racioppo: Last year, we moved our actor housing to the Southwest neighborhood, conveniently located near the Waterfront Metro line and so easily accessible to our rehearsal spaces on Capitol Hill as well as our theaters in Penn Quarter. Before the pandemic, we had 33 full-time staff members who had monthly pre-tax payments made to their Metro cards; this does not include part-time or temporary staff members or the Metro cards purchased and reserved for departments. Many staff members used Metro to commute to work but also in the course of a day between our various administrative, performing, and production spaces. 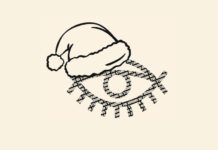 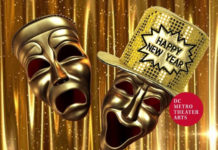