In celebration of the Martin Luther King Jr. national holiday, The Essential Theatre  Performances in Cyberspace will present Rosa Parks: Such a Time. Written and performed by Gwendolyn Briley-Strand, the free, one-time-only performance will be available online at 2 pm ET, Monday, January 18, 2021, from the company’s website, theessentialtheatre.org.

On December 1, 1955, at the age of 42, Rosa Parks took a seat on a city bus in downtown Montgomery, Alabama, and a step into the chronicles of American history. Her life and the lives of all African Americans were changed forever because of her decision to say “No.”

There will be a moderated post-performance discussion allowing viewers to engage through questions and comments with the life and times of the civil rights icon. Both the performance and discussion will be closed captioned and ASL interpreted.

Gwendolyn Briley-Strand holds a Bachelor of Arts degree from Fordham University in New York City and has performed as a professional actor on stage, television and in film for over 30 years. She is a member of SAG-AFTRA (Screen Actors Guild – American Federation of Television and Radio Artist) and AEA (Actors Equity Association). She is also a proud member of Sigma Gamma Rho Sorority, Inc. Her television credits include National Commercials, HBO Productions, MGM pictures, NBC Television, Netflix Production’s House Of Cards, and PBS-TV. Her video Harriet Tubman: The Chosen One was chosen Best Independent Feature during the ITVA-DC 2003 Peer Award at the National Press Radio Club in Washington, D.C. She also won the Peer Gold Award in 2011 for her narration of Marian Anderson: A Song of Dignity and Grace.” Her one-woman shows Harriet Tubman: The Chosen One and Rosa Parks: Such a Time have been performed for hundreds of schools and organizations throughout the United States and Canada. Harriet Tubman: The Chosen One has also been presented at the John F. Kennedy Center for the Performing Arts and The Smithsonian National Museum of American History. In 2004, Harriet Tubman: The Chosen One opened the Underground Railroad Museum in Cincinnati, Ohio. On September 24, 2016, Briley-Strand was given the honor of introducing the President of The United States Barack Obama, First Lady Michelle Obama, President George W. Bush, former First Lady Laura Bush, and all the dignitaries and celebrities at the Grand Opening of the African American Museum Of History and Culture. 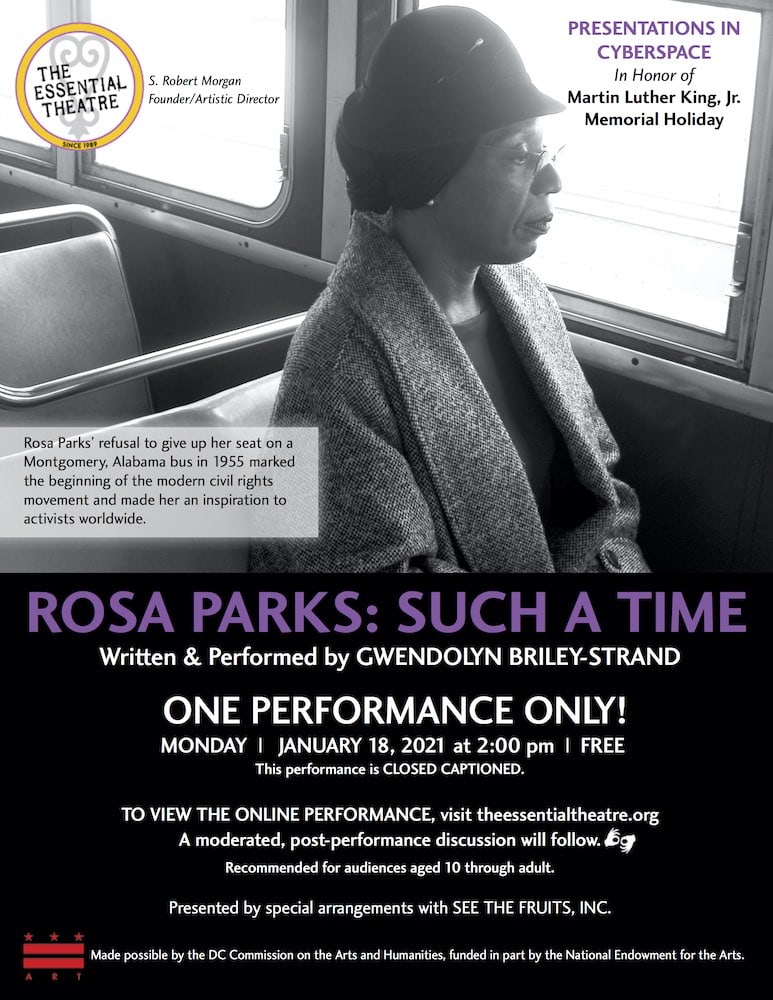 The Essential Theatre is a nonprofit, professional theater dedicated but not limited to producing theater reflective of the African American experience that explores and celebrates America’s rich, diverse cultural landscape. Paramount to the company’s mission is the implementation of programs for youth in DC’s metropolitan area that promote interdisciplinary education and positive self-esteem. Founded in 1989, the company hosts a play-development program, The Essential Theatre’s New Play Reading Series, the Children’s Program in Public Schools/Young Audiences, and the Women’s Works Program. The company also maintains relationships with area Social Services programs to provide job-training opportunities.

This presentation is presented by special arrangements with See the Fruits, Inc. and is made possible by major support from the DC Commission on the Arts and Humanities funded in part by the National Endowment for the Arts. Additional support provided by the Washington, DC Community Foundation, NCR. 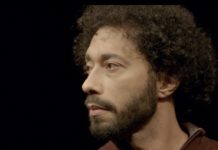 Before there was COVID, Lauren Gunderson married a virus hunter. ‘The Catastrophist’ is her play about him.