In commemoration of Martin Luther King Day on Monday, January 18, the National Yiddish Theatre Folksbiene (NYTF) premieres its tenth annual, and first virtual, production of Soul to Soul – an emotionally compelling theatrical concert that celebrates the music and explores the parallels of the African-American and Jewish communities in a meeting of cultures. One common thread shared for centuries by the two is the vital tradition of singing, to give voice to the mutual experiences of oppression, struggles for justice, finding humor in pain, passion for faith, and joy in community, in the face of racism and anti-Semitism.

Conceived in 2010 by NYTF Artistic Director Zalmen Mlotek, the popular show – which played in past years to sold out houses in New York City and across the country (Los Angeles, Houston, Boca Raton, Denver, Baltimore, and Chattanooga) and internationally (Bucharest, Toronto, Montreal, and Winnipeg) – was first designed as a song-cycle. It has since evolved to include an interwoven narrative (script by Motl Didner), accompanied by newly updated multimedia imagery and video (curated by Didner) that reflects the ongoing need for unity and healing in today’s socio-economic climate.

Mlotek and NYTF Executive Director Dominick Balletta noted in a joint statement, “What 2020 has taught us is that we all need to work together if we are to claim ‘A Shenere un Besere Velt’ (‘A More Beautiful and Better World’). Soul to Soul is a recognition of society’s need to stand up for cultures that have been exposed to suppression, persecution, and degradation. It is also a powerful statement of the necessity of building bridges if we are to become ‘a more perfect union.’” 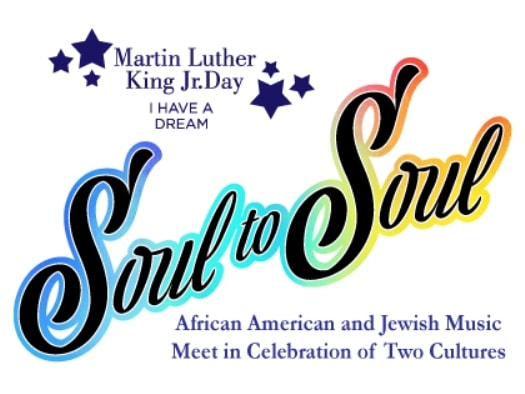 Soul to Soul streams on Monday, January 18, 2021, at 4:00 pm, on the National Yiddish Theatre Folksbiene website. The show will be available for 96 hours after its premiere, through January 21. For tickets (priced at $12 plus service fees), go online.