Theater-goers and music-lovers who are missing the voices of their favorite Broadway stars can enjoy two new album releases from PS Classics (founded in 2000, and recipient of nine Grammy Award nominations for its cast albums) and Club44 Records (a new independent label dedicated to preserving the American Songbook of Broadway, cabaret, and jazz) coming later this week. 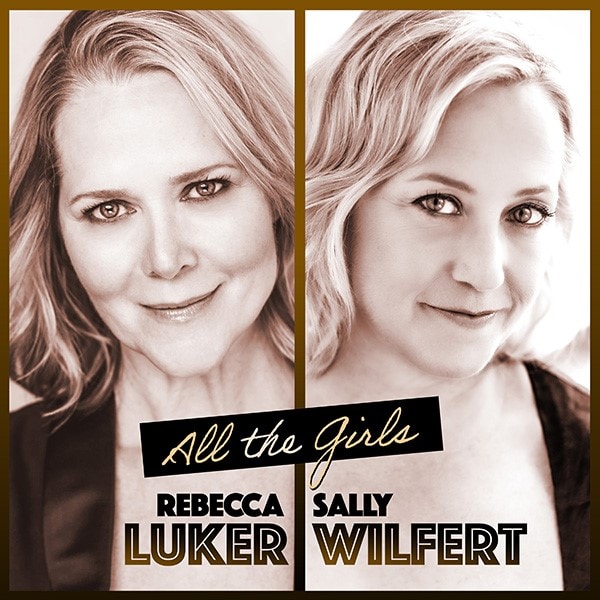 Rebecca Luker and Sally Wilfert, All the Girls – While fans and loved ones continue to mourn the tragic loss of multiple award-nominated actress Rebecca Luker (Fun Home; Cinderella, Mary Poppins, Nine, The Music Man, The Sound of Music, Showboat, The Secret Garden, and The Phantom of the Opera) from ALS on December 23, her latest PS Classics album (following her solo albums I Got Love: Songs of Jerome Kern, 2013; Greenwich Time, 2009; and Leaving Home, 2004; and vocals on many of the label’s cast recordings), in collaboration with best friend and Broadway cohort Sally Wilfert (Assassins, The Adventures of Tom Sawyer, and King David), offers a treasured keepsake dedicated to her memory.

Based on their eponymous club concert, All the Girls is a deeply personal celebration of female friendship and an exploration of the complexities of womanhood through fourteen tracks that radiate empathy and optimism, and highlight the singers’ masterful dramatic, comedic, and vocal talents. The songs, by such musical-theater luminaries as Stephen Sondheim, Kander and Ebb, and Lin-Manuel Miranda, include soaring solos, seamless harmonies and flawless counterpoints, and a rousing tongue-in-cheek medley of iconic female duets they called “Shows we could have starred in together.”

The scope of the album’s musical genres also extends to cabaret material, art songs, and poems set to melodies by the show’s music director Joseph Thalken (who expanded the orchestrations from four to ten pieces specifically for this recording). The digital and streaming formats of the album were released on December 25, 2020; the CD version will be available online and in stores on Friday, January 22, 2021. 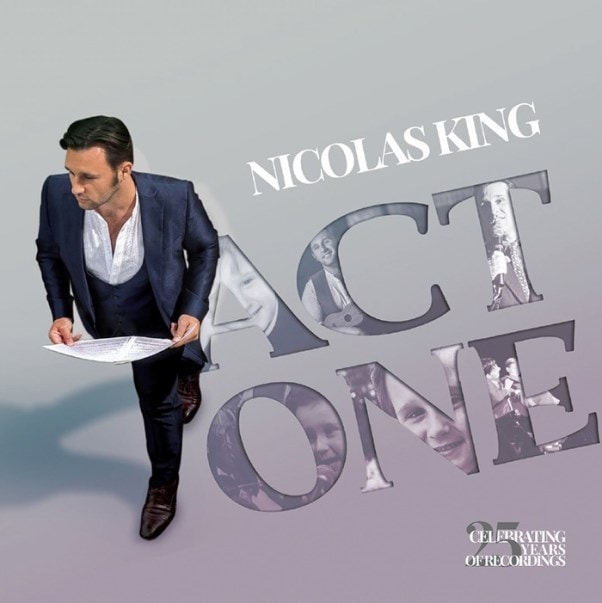 Nicolas King, Act One: Celebrating 25 Years of Recordings – Now 29, award-winning vocalist Nicolas King, (Broadway’s Beauty and the Beast, Hollywood Arms, and A Thousand Clowns), who’s been performing since the age of four, is taking a look back at his 25-year career, and launching his relationship with Club44 Records, with a compilation of vintage archival gems from his early days, selections from his previous solo albums, new studio tracks, and previously unreleased material on Act One.

Set for streaming and digital release on January 22 (to be followed by a physical CD on Friday, February 26), the retrospective collection of seventeen tracks – with liner notes by mid-century chart-topping pop singer Connie Francis and a spoken introduction by King’s godmother Liza Minnelli, recorded live when Nicolas toured the world as her opening act (2002-12) – showcases King’s suave vocal skills on both beloved standards and more recent hits.

The album features musical contributions from two-time Grammy Award nominee Mike Renzi (renowned pianist and music director for Peggy Lee, Tony Bennett, Lena Horne, and Mel Tormé) and Charles Calello (arranger and producer for Barbra Streisand, Frank Sinatra, and Ray Charles). It also includes a charming duet with Tom Selleck on “Yes Sir, That’s My Baby” (taped onstage when Nicolas was ten, when they appeared together on Broadway in A Thousand Clowns), a lushly orchestrated version of “But Beautiful,” performed with jazz singer Jane Monheit, and a soothing rendition of “What a Wonderful World,” sung with Tony nominee Norm Lewis (The Phantom of the Opera, Les Miserables, Porgy and Bess), which was released as the collection’s first single on January 8, and is available for viewing on YouTube and here: