It must never be forgotten that more than one million Jewish children were killed during the Holocaust and countless others survived the horror. Some, like the well-known and widely read Anne Frank, kept diaries in which they confided their hopes, fears, and experiences. In observance of this year’s International Holocaust Remembrance Day and the 76th anniversary of the liberation of Auschwitz, The Museum of Jewish Heritage – A Living Memorial to the Holocaust will present 18 Voices: A Liberation Day Reading of Young Writers’ Diaries from The Holocaust on Wednesday, January 27, at 8 pm. 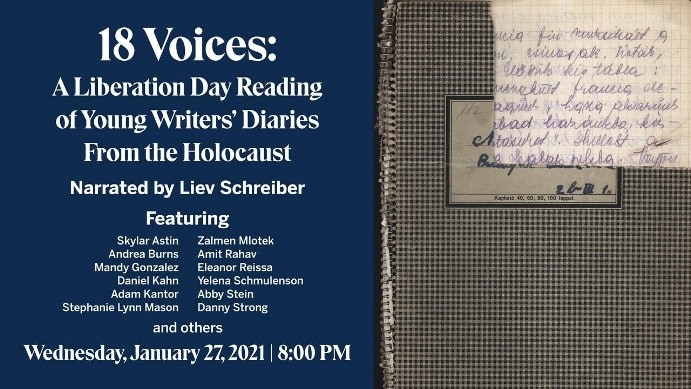 Narrated by Tony Award winner Liev Schreiber (Glengarry Glen Ross), the virtual presentation will feature young actors and a roster of stars from the stage and screen reading extant diary excerpts by the children. “By giving voice to the written words of some of the Nazis’ youngest victims, the Museum honors their courage and suffering. We hope their resilient spirits will inspire our audiences,” said the Museum’s President and CEO Jack Kliger. 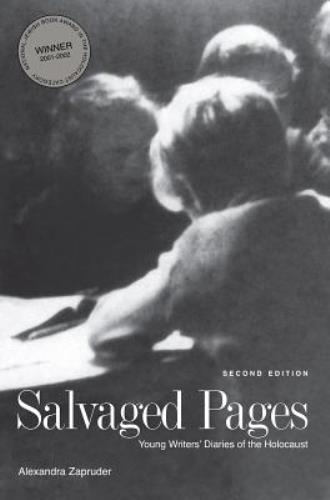 The special event, curated by Alexandra Zapruder and based on her stirring book Salvaged Pages: Young Writers’ Diaries of The Holocaust, will be streamed on JTube – a global Jewish content network created by the Museum – by the NYC institution and its distribution partners around the world. International Holocaust Remembrance Day is also being commemorated by the Museum’s award-winning exhibition Auschwitz. Not long ago. Not far away., which is currently on display through May 2, 2021.

18 Voices: A Liberation Day Reading of Young Writers’ Diaries from The Holocaust by the Museum of Jewish Heritage streams on JTube on Wednesday, January 27, at 8 pm. Tickets are free with a suggested donation. To learn more and to register, go online.