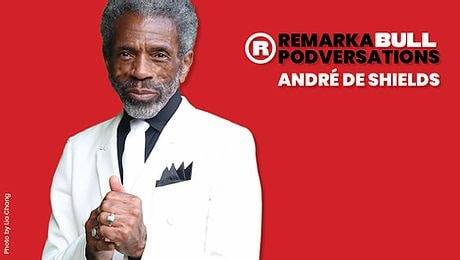 De Shields (recently appearing as Anton Ego in the virtual sensation Ratatouille: The TikTok Tok Musical) will read a passage from the play and discuss the rewards and challenges of performing the titular role of “a man more sinned against than sinning” (King Lear, Act 3, Scene 2). He and Winkelstein will also take questions from viewers through Facebook and Youtube, and a few pre-selected participants will appear on-screen, as part of the broadcast, for a live Q&A.

Exploring King Lear with André De Shields streams live on Monday, February 1, at 7:30 pm. The event is Pay-What-You-Can, but advance reservations are recommended, and tax-deductible donations are encouraged to support Red Bull Theater and its programming. For more information, visit the website.

With the Jacobean plays of Shakespeare and his contemporaries as its cornerstone, Red Bull Theater believes in the power of great classic stories and plays with heightened language to deepen our understanding of the human condition, in the special ability of live theater to create unique collective experiences, and the timeless capacity of classical theater to illuminate the events of our times. To spotlight those principles, in addition to Monday’s King Lear podversation, the company has announced a call for entries for this year’s eleventh annual new short play festival, inspired by the classic theme of Restoration.

Six brand new ten-minute plays will be selected through an open submission process to premiere in a Zoom-style format, alongside commissions from C.A. Johnson (All the Natalie Portmans) and José Rivera (Marisol; The Motorcycle Diaries). Artistic Director Jesse Berger explained: “‘Restoration’ is a jumping-off point for creative thematic juices. We want writers to be in dialogue with classical theater in a multitude of surprising ways . . .  Entrants might riff on a classical character, borrow a classical milieu, or create a brand new style of dramatic verse. Finding inspiration from classics beyond the traditional Western canon is encouraged.” 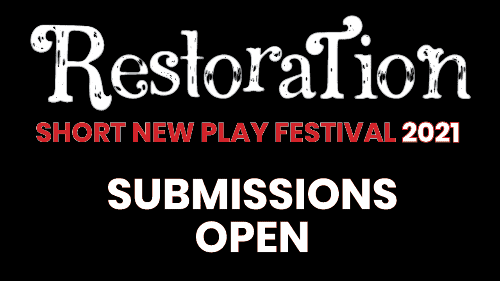 The deadline for entries is noon on Monday, April 5; selections will be announced in May. There is a $10 submission fee, to offset processing costs, commissioning fees, and other expenses. The festival will be presented in an online reading on Monday, July 12, with directors and casting to be announced at a later date. Selected playwrights will receive a $350 commission fee, will be consulted on choices for the ensemble cast, and will have final script approval and the option of having their plays published and licensed by Stage Rights as part of the Red Bull Shorts series. For full information and submission guidelines, go online.