A sold-out audience of nearly 75 at double-seated tables danced in the aisles in their socially distanced circles and enjoyed a romantic evening under the stars. The Westcoast Black Theatre Troupe, now in its twentieth year, is an example of an innovative theater company that is taking advantage of its $10 million building renovation to keep the doors open by using its parking lot during the height of the pandemic.

Westcoast Black Theatre Troupe reemerged from behind closed curtains to present Light Up the Night! in October 2020. After just a few weeks onstage, though, the production was forced to close due to an outbreak of COVID-19 among cast and crew.

“With the pandemic, it’s felt like every time we take one step forward, we’ve been forced to take four steps back. It breaks our hearts to see our beautiful new theater building still sitting unused,” said Nate Jacobs, WBTT’s founder and artistic director. “We are excited to begin performing again, and I can guarantee patrons are going to leave our performing arts center feeling energized and happy.”

Cedrick Soul Child kicked off the evening’s ceremonies in four-inch platform shoes and a gigantic Afro with a string of 1970s hits starting with “Betcha by Golly, Wow.” The band’s 38-song playlist covered a wide range of popular hits including Earth, Wind & Fire’s  “September,” Marvin Gaye’s “Let’s Get It On,” the Bar-Kays “Brick House,” and a medley of Stevie Wonder classics including “Superstition” and “My Cherie Amour.”

The artists performed under the awning along the west side of the theater building, while patrons watched from the closest areas of the parking lot. Chairs were set up within painted six-foot circles — to ensure safe distancing.

“As much as our artists wanted to perform and we were ready to start generating some revenue again, the safety of our patrons, artists, and staff must always be paramount,” said WBTT Executive Director Julie Leach, who added a safety officer to the staff for the outdoor events. “With virus rates on a downward trend and rigid protocols in place, we are looking forward to entertaining the community while being responsible about public health.”

WBTT relaunched its outdoor performances over the Valentine’s Day weekend and two of the three performances went on as scheduled with only Sunday evening postponed due to wet grounds.

But again, this is Florida where everything goes, and thousands of maskless Super Bowl fans celebrated Tampa Bay’s victory just a week ago 50 miles to the north! The perfect place to push the experimental outdoor performance window where you see theater ladies showing up early to tailgate under the Westcoast Black Theater Troupe marquee?

Light Up the Night! presented by the Westcoast Black Theatre Troupe performs through Sunday, March 14, 2021, on the WBTT Campus at 1012 North Orange Avenue, Sarasota, Florida. Tickets, available online, are sold in one-week increments to accommodate exchanges for inclement weather.

SEE ALSO: A challenge to theaters to reopen now—outdoors by Malcolm Lewis Barnes 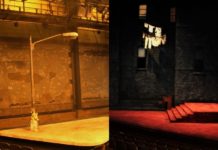 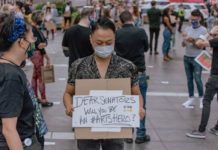 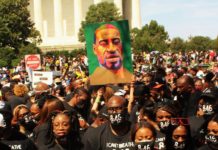